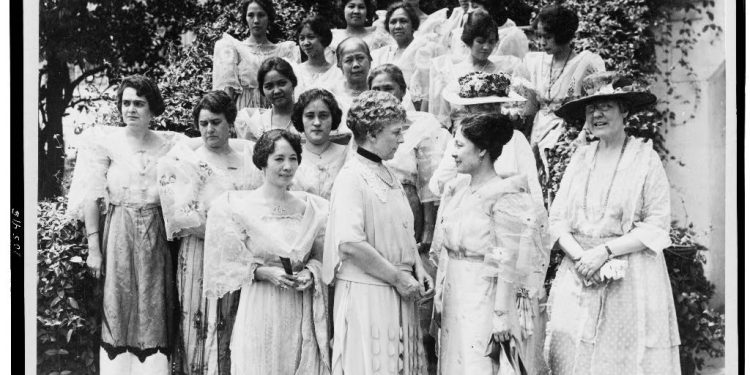 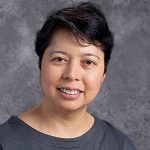 Philippines on the Potomac Project (POPDC)

Last June, the Library of Congress launched its yearlong exhibit, “Shall Not be Denied,” which celebrates the centennial of the 19th Amendment. It documents the long fight of American women to gain the right to vote. Among the highlights of the exhibit is the section about the contributions and struggles of African American, Latina, Asian, and American Indian women. Of particular interest was a panel dedicated to the Philippines, once a territory of the United States.

When the Philippines was acquired by the United States in the Treaty of Paris, it became part of the national discussion about imperialism. In 1902, at the meeting of the New England Suffrage Association, Clemencia Lopez, a Filipina who was visiting the United States to seek freedom for her brothers who were imprisoned in the Philippines, compared the status of American women with the fight for Philippine independence, saying, “we are both striving for much the same object – you for the right to take part in national life; we for the right to have a national life to take part in.[i]”

Filipino women were held in high esteem by the Americans. William Howard Taft praised the Filipina as the “backbone of the country” and recommended “political rights to be extended to Filipina women before Filipino men,” in his 1902 report to Congress[ii]. The Forbes-Woods report described the Filipina as “a strong and dominating influence” and “while not much in evidence, she is a force to be reckoned with.”[iii]

One of the women featured in the Library of Congress exhibit is Sofia de Veyra, a Filipina who was once a D.C. resident. She reinforced the view of Filipinas as strong, capable, and intelligent individuals who are considered important, if not pivotal, members of society. Sofia de Veyra lived in the growing Chevy Chase neighborhood from 1917-1923. She accompanied her husband, Jaime C. de Veyra, who was the Resident Commissioner representing the Philippines at that time. While in Washington, D.C., Sofia gave illustrated lectures and was a sought-after speaker. “Here and There in the Philippines” and “Philippine Women in the Past and Present” were a few of her topics. She was also frequently invited to conventions about women. She and her husband were members of the 1917 National American Woman Suffrage Association (NAWSA) Convention in Washington, D.C. She was the Philippine delegate to several women’s conventions: the convention of the National Woman’s Party in Washington, D.C. (1921), the Pan-Am Conference of Women in Baltimore (1922), and the Pan Pacific Convention of Women in Honolulu (1928). She was quoted often by newspapers, with declarations such as “Already Filipino women have equality with the men except for the ballot.” (San Bernardino Daily Sun) and Filipino women are “the power behind the throne” and “hold the purse strings” (Washington Herald).

One of the photographs that included Sofia’s image is the centerpiece of POPDC’s “The Washington Home of the Philippine Suffrage” exhibit. Taken in 1922, Sofia is seen introducing a group of terno-clad Filipino women to First Lady Florence Harding at the South Portico of the White House. The women were family members of the visiting Philippine Commission advocating for independence. First Lady Aurora Quezon, Ines Villa Gonzalez, and Pura Villanueva Kalaw are a few of the women we identified in the photograph who led the suffrage movement in the Philippines. They were instrumental in the passing of the 1937 Amended Election law that allowed Filipino women to vote and run for office.

Carrie Chapman Catt, who led the National American Woman Suffrage Association (NAWSA) and founded the League of Women Voters, was supportive of the Philippine suffrage movement. Twenty-five years earlier, Catt and Dr. Aletta Jacob were in Manila for a three-week visit as part of a worldwide tour. Catt met a group of Filipino and American women at the Manila Hotel in 1912. Two of the women in the Library of Congress photo – Sofia de Veyra and Pura Villanueva Kalaw – were part of the group. They were already leaders of their respective organizations. Pura was the president of the Asociacion Femenista Ilonga. Sofia was a founding member of the Asociacion Femenista Filipina)

Catt was disappointed by the initial response of the group, “the Americans “are afraid of the question lest it hurts them with the men,” and the “Filipinos are afraid of the ridicule of the men. [iv]” There may have been some misunderstanding at the meeting. Pura Villanueva Kalaw explained that most of the Filipino ladies spoke only Spanish and “did not get all her [Catt] points…to organize a movement for woman suffrage here.” Happily, the Society for the Advancement of Women (SAW) was formed with an equal number of Filipino and American founding members before Catt left the Philippines. Catt observed that SAW was the first society in which both Filipinos and American were united in work. SAW became the Manila Women’s Club, that later became part of the National Federation of Women’s Clubs. The women in these clubs campaigned tirelessly to get the 300,000 votes from Filipino women in order for the 1937 Amended Election Law to be passed. This paved the way for women to take up leadership roles in politics. Since then, the Philippines has witnessed the election of two female presidents, and many women have been elected or appointed to positions on a national and local government level.

As a woman, I found it inspiring to learn about all of these Filipinas who led incredibly fulfilling lives of service. I grew up in a female-centric environment. Gender did not seem important as my parents were of the mindset that you can be anything you want to be if you work hard for it. My sisters and I grew up seeing my mom work her way up to become a vice president in one of the leading banks in the Philippines. My sisters and I went to an all-girls school, where women naturally assumed leadership roles without a second thought. I joined a sorority when I was at the University of the Philippines, where I saw my sorority sisters do the same thing. I did not find it strange or unusual when my older sister became the first female commercial pilot of Philippine Air Lines. I only realized that it was a milestone when she was in the news after her first solo flight. It was that kind of environment that I grew up in that anything was possible.

And yet, I recognize that there is an income and employment gap for women in the Philippines that still leaves much room for improvement. There is also a continuing struggle for women in many parts of the world. In various countries, women still struggle to be considered equal to men in terms of property, inheritance, even self. But with the emerging voices of young women, such as Malala and Greta Thunberg, the current call for equality for women are worthy echoes of the fight of Sofia de Veyra, Pura Villanueva Kalaw, and the rest of the women who represented the Philippine Suffrage Movement.

The Philippines on the Potomac Project (POPDC) identifies Filipino-American landmarks and personalities in the Washington, D.C. area. My husband Erwin Tiongson and I are the co-directors of POPDC. We have delighted in finding traces of our Filipino heritage in the District and beyond. One of our projects is the travelling exhibit, “The Washington Home of the Philippine Suffrage Movement,” that debuted at the Philippine Embassy in 2016 and was later hosted by universities, libraries, and museums in the Metro D.C. area. Last year, the White House History Quarterly, a publication of the White House Historical Association, published our article, “Florence Harding Welcomes Filipino Women to the White House: Suffragist Leaders Identified in White House Photograph” about the Filipino women who were guests at the White House and later became leaders in the Philippine suffrage movement.