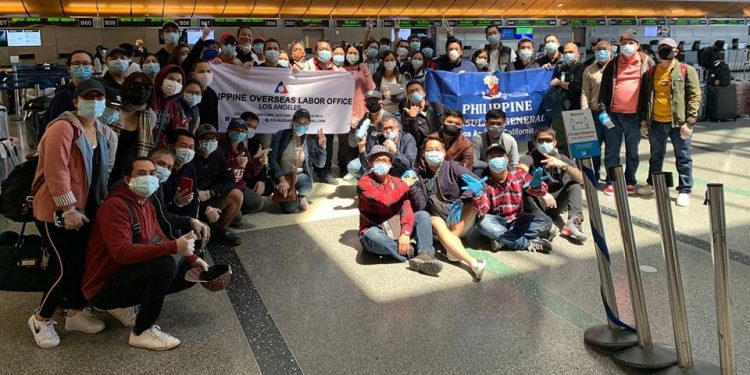 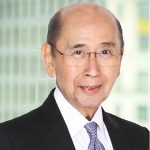 His article appeared in the Philippine Star April 24 and is shared with the Society’s online readership, with the author’s permission.

We call our overseas workers modern day heroes because of the sacrifices they make while working abroad, and their remittances which have sustained the Philippine economy. Two sectors, in particular, are not only our heroes, but also of the world, particularly when the coronavirus pandemic has the global community reeling.

I refer to health workers and seafarers who work abroad. Our health workers are at the frontline of the fight to save lives of the victims of the pandemic– the US, the UK and the EU in particular.

Our seafarers man the ships that move the global supply chain that feed the world, fuel their vehicles, supply the raw materials for manufacturing and deliver the finished products to consumers. They are both crucial to the country’s economic recovery with their remittances. Healthcare and logistics remain vital as the world emerges from the devastation that the virus has wrought on human lives and their livelihood. So it is crucial that the deployment of these workers be as friction-free as possible.

Recently, Foreign Secretary Teodoro Locsin, Jr. strongly supported the deployment of health workers when they encountered restrictions imposed by our government agencies. The Inter-Agency Task Force (IATF) for the Management of Emerging Infectious Diseases approved the deployment of those who had pending contracts. I understand that Locsin and Secretary Delfin Lorenzana had similarly supported measures to address the plight of the seafarers in the IATF.

There are an estimated 254,000 health workers recently reported by the Department of Foreign Affairs (DFA) posts abroad. It was difficult to estimate the health workers’ contribution to the total estimated OFW annual remittance of $30.1 billion.

Beyond these numbers is the brave story of our health workers giving up their own lives so that others may live. In the UK, 20 Filipino nurses have to date, perished after contracting the disease while on duty. Our London embassy echoed the sentiments of the British medical and nursing profession for the authorities to address the shortage of PPEs. This is a situation seen and felt globally – the Philippines included – as this email that a former DFA official shared from his daughter-in-law assigned to an ICU in a New York City hospital would attest.

“Within a two to three-day span, the hospital is getting hit really hard. All the ICU’s are full now. They stopped all elective surgeries and are starting to convert the operating rooms into ICU’s. We are short on ventilators to the point where now they are splitting ventilators among patients (one ventilator to two patients). What is more upsetting is the lack of protective gear. The expectation to care for the sick with literally the bare minimum. The staff is provided with one N95 mask. We are being told to reuse our mask because there is a shortage. Other nurses are being deployed from other areas, but honestly they can’t help us. The ICU requires an intense level of training, it is not intended for just any nurse.”

This is an unfortunate and increasingly fairly common example of what our health workers are enduring here and abroad.

Ninety percent of global trade is carried on ships. Filipino seafarers account for 25 percent of the global seafarers. They sent home close to $7 billion in 2019, representing approximately 23 percent of total estimated remittances to the Philippines.

This sector is made up of some one million Filipinos. They rotate in and out of the country in the course of a year, with some 400,000 out across the seas at any one time. A seafarer is at sea between six and ten months of the year before returning home. This career is well regulated globally under internationally agreed rules by the International Maritime Organization. There is a growing call worldwide for seafarers to be recognized as “essential workers”, crucial for society to continue running smoothly, and be accorded facilitated travel to and from their places of employment, while still enforcing COVID-19 containment.

Although crews may still need to undergo a period of quarantine in relation to their travel to and from a vessel, a certification that they have complied with the quarantine requirements from their last port of call should be counted as fulfillment of the quarantine requirements. I understand that IATF has agreed to this arrangement provided the seafarer is subject to rapid assay testing upon arrival – which looks for the coronavirus antibodies rather than the virus itself – with the results obtained within hours rather than days. A protocol should be developed, common to all countries that will serve to facilitate the movement of seafarers. As the seafaring capital of the world, the Philippines should engage in such global discussions.

To illustrate the magnitude of the problem, I just learned that one American cruise line now has two cruise ships in port and expects to have 10,000 crew members here in the next two to three weeks. Over the next month, more than 45,000 seafarers from cruise ships alone will be repatriated.

When we consider seafarers on cargo ships that continue to operate worldwide, that number coming home and those taking their place on board, doubles. Those are awesome numbers to handle. For those without a certificate of health, they will be subject to the 14-day quarantine. That means the returning seafarers need suitable accommodations where quarantine and testing will be administered. I am told, in fact, that practically all bed spaces are booked in Metro Manila.

The plight of the seafarers deserves the support of all, they are the backbone of the global maritime industry: in their own way, they are the frontliners for all of us, providing the medicines, and other products we consume.  Picture huge oil tankers that bring the crude oil needed for the country. There are usually 10 to 20 Filipinos onboard from cook to Captain (yes Captain too). Clearly that is the value added this country delivers to the world.