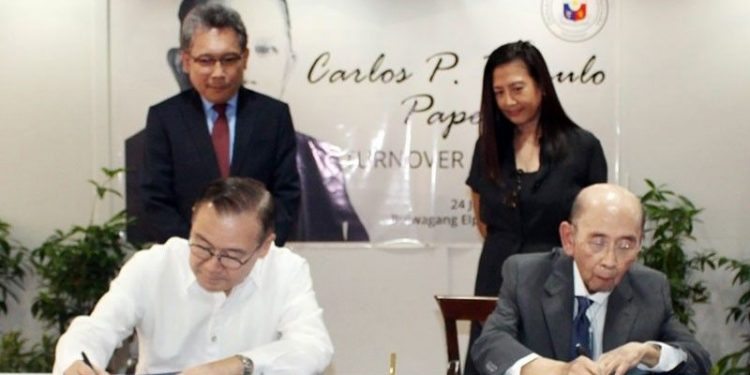 The Department of Foreign Affairs’ (DFA) Archives collection gets a major boost as it receives a collection of documents from the country’s most prolific and widely respected diplomat, politician and nationalist in ceremonies held on July 24 at the DFA. It was previously stored in the old Ayala Museum and the Filipinas Heritage Library.

In his remarks, Secretary Locsin highlighted the importance of the documents: “The Department of Foreign Affairs is particularly proud that its history is adorned by the timeless contributions of Carlos P. Romulo in his various diplomatic roles, including as ambassador to the United States and United Nations and as the country’s top diplomat under three presidents. To him belongs the distinction of being the first Asian and only Filipino who served as the president of the United Nations General Assembly.”

He said, “I hope I can think and act like CPR because the things he believed in, the positions he took, the alliances he thought would stand us in good stead, they are the ones I’m striving to build again. If I am still secretary in the new building, I will name it the Carlos P. Romulo Building.” 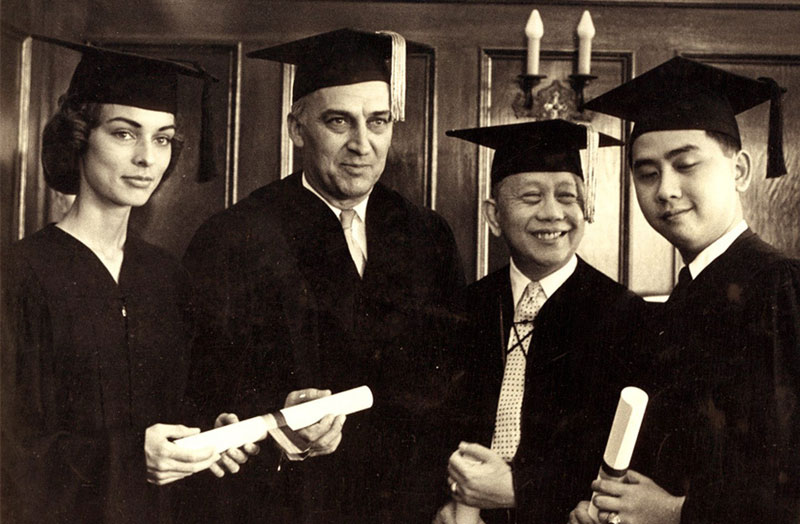 For those who have not been exposed to CPR, he had a multifaceted career. He was a journalist and editor who won the Pulitzer Prize. As an author of 22 books, he was declared a National Artist. He was the president of the University of the Philippines and secretary of education.  He was a soldier who became a brigadier general in the US Army and the aide de camp of Gen. Douglas MacArthur. He was the most decorated Filipino in history, which includes 72 honorary degrees from universities and 144 awards and decorations from foreign countries.

In response in my capacity as chairman of the foundation, I said that my father would be delighted that the papers have found its way to the DFA where he served as its secretary for 17 years. I quoted excerpts from the essay “I am a Filipino,” written by CPR in 1941. “Seventy plus years later, his words can still find relevance in today’s milieu”.

As an example, in this and his other writings he spoke extensively about two issues that have since become contemporary: Internationalization and human rights. To appreciate his prescience, one should note that during his time: 1) Isolationism and economic nationalism were the prevailing sentiment. And, 2) It was generally accepted that whatever goes on inside a country’s borders – including the treatment of their own people – was their government’s sole prerogative.

Three years after he said this, 44 countries met in Breton Woods and agreed to create the IMF and World Bank, and subsequently the General Agreement on Tariffs and Trade (GATT). These agreements spelled the end of economic nationalism and launched a push towards open markets and concerted actions which subsequently led to what we know now as globalization. He said then: “We grow by what we do within our borders and by what we do in cooperation with the rest of the world. Indeed, in the eyes of other peoples, the latter is by far the more obvious measure of our growth and worth.” 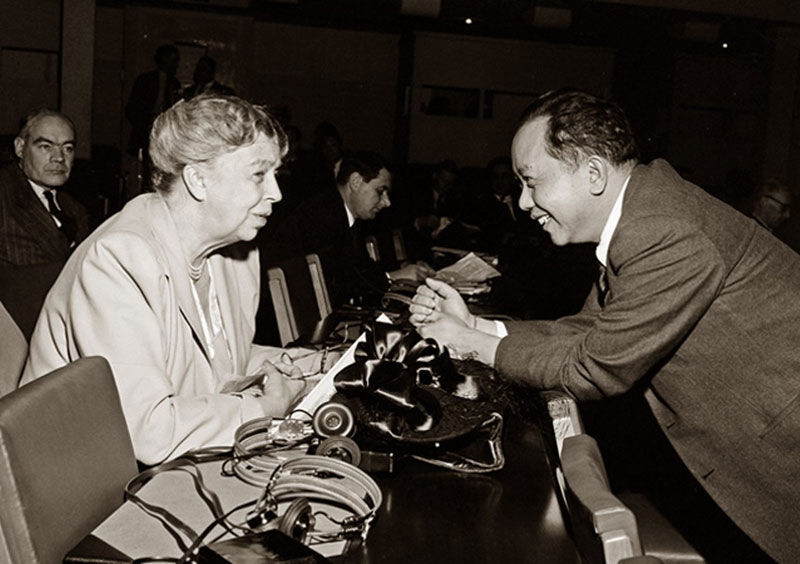 CPR and former US first lady Eleanor Roosevelt at the UN General Assembly in 1947.

CPR had a more direct hand in elevating human rights as a universal value. He worked closely with Mrs. Eleanor Roosevelt who chaired and finalized the Universal Declaration of Human Rights.

On Jan. 14, 2020, there will be an inauguration of the Carlos P. Romulo Writers’ Room at the newly constructed Henry Sy Sr. Hall at De La Salle University, which will highlight CPR’s accomplishments on the occasion of his 122nd birth anniversary.

In the first quarter of 2020, the foundation will hold a conference/workshop on how the conduct of Philippine foreign relations and economic diplomacy should adopt to the ebb and flow since then on the issue of globalization and universal human rights in the promotion of the national interest.