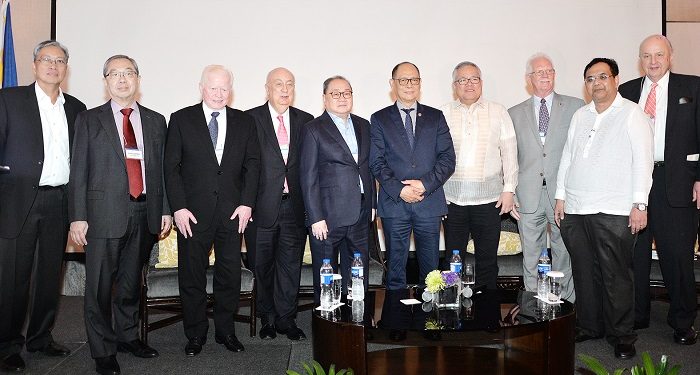 Now, those relations are as strong as ever. For the second time, US-Philippines Society Co-Chairman Manuel V. Pangilinan hosted a Board of Directors Meeting and Business Mission in Manila. The U.S. delegation was led by Society Co-Chair John D. Negroponte, former Ambassador to the Philippines and Deputy Secretary of State, and current US-Philippines Society President, former Ambassador John F. Maisto.

The Philippine Ambassador to the United States, my good friend, Jose Manuel G. Romualdez, flew in from Washington D.C. to be part of this significant event.  Ambassador Babe, as we fondly call him, has been instrumental in ensuring a robust and engaging relationship with the United States.

The Board of Directors Meeting and the Business Mission was an opportunity for business leaders from Washington D.C. and the Philippines to explore investments between both countries as well as discuss means to enhance cyber security and protection of OFWs.

With headquarters in Washington D.C., the US-Philippines Society was launched on 01 May 2012 to “realize the vision of its founders to create a new and timely mechanism for elevating the Philippines’ profile in the United States.” It is recognized as the premier organization promoting U.S. and Philippine relations.

One of the more prominent engagements the Society has ever done was to provide more than US$2-million in assistance to the Yolanda aid and relief effort, which has been on-going to this day. The Society was also able to raise funds to help displaced families from the war in Marawi.

During the board meeting, the Society made an additional donation to recovery efforts for Marawi, and this was done through the Philippine Disaster Resilience Foundation (PDRF), an organization co-chaired by MVP and Jaime Augusto Zobel de Ayala. 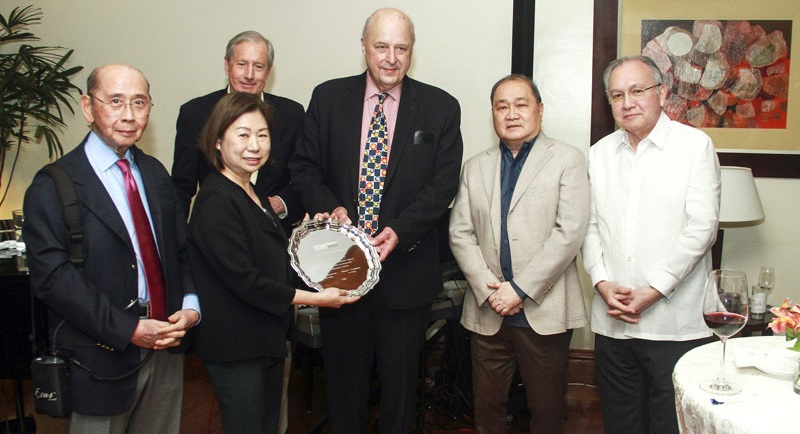 Prior to the start of the two-day meeting and forum, a welcome reception was hosted by Ambassador Romualdez at his residence. During the reception, the 2018 Carlos P. Romulo Award was presented to Tessie Sy-Coson for her “invaluable support in establishing the US-Philippine Society in 2012 and in sustaining the Society’s work in carrying out its mission over the past six years.” 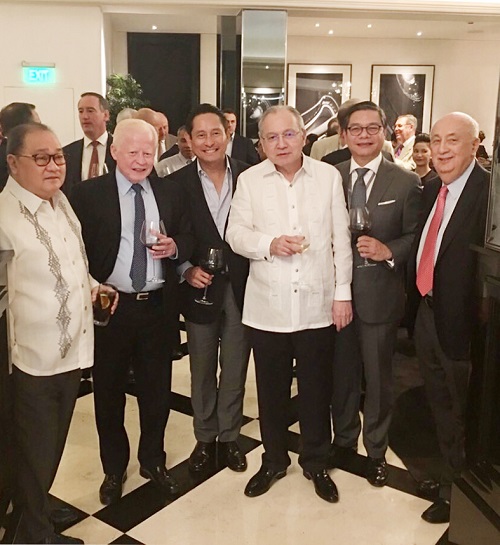 Day One of the meeting-forum started with a breakfast briefing with legislators which was graced by Senator Sherwin Gatchalian and Congressman Max Rodriguez of the Second District, Cagayan de Oro. This was followed by a meeting with Finance Secretary Sonny Dominguez, then the board meeting proper. The afternoon was spent on a Post-Marawi Mindanao Forum, then a meeting with Socio-Economic Planning Secretary Ernesto Pernia. The first day was capped by a reception hosted by Co-Chairman Manuel V. Pangilinan. 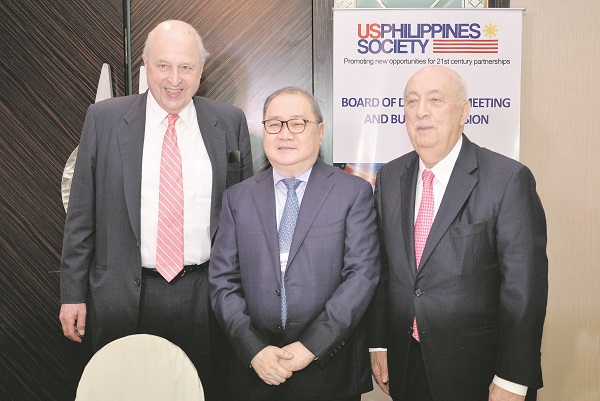 Day Two was reserved for two highlights: the call on President Rodrigo Roa Duterte at Malacañan Palace, attended also by Ambassador Romualdez and US Ambassador to the Philippines Sung Kim, and the Business Forum which included briefings by Trade Secretary Mon Lopez, Budget Secretary Ben Diokno, and BSP Managing Director Francisco Dakila Jr. After the two days of meetings and discussion, Society members got a respite by taking a follow-on visit to Marawi City and the neighboring areas ravaged by the conflict that broke out there some time ago. 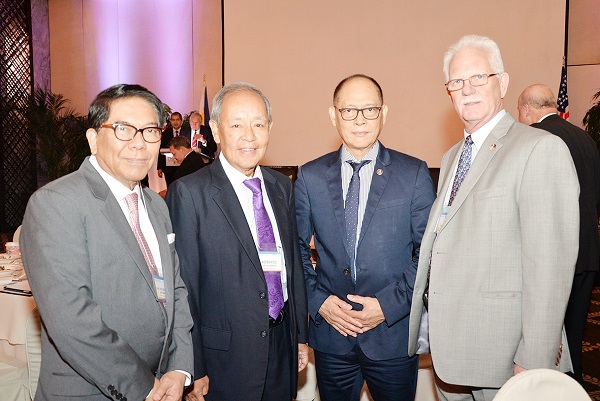 In its six years of existence, the US-Philippines Society has covered much ground across the breadth of the Pacific Ocean. It seems like it was only yesterday that MVP and I attended the launch of USPS  in Washington D.C , with then-President Benigno Simeon C. Aquino III as guest of honor.

I can only wish the organization and its leadership well as it continues to uphold the strength of relations between two countries that have withstood the test of time and history.