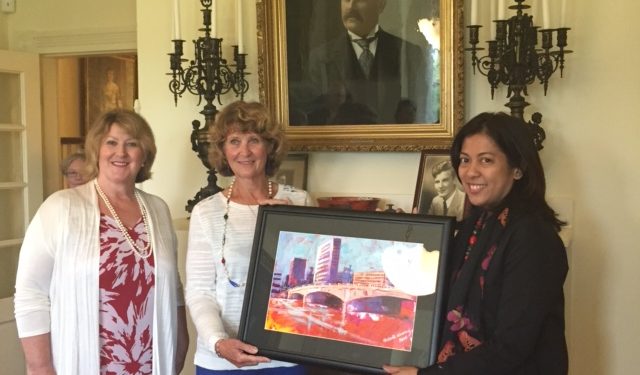 Celeste Lecaroz (right) presents the other Jones Bridge painting to Elizabeth Hart Jones (left) and her sister, Anne (center) at the Jones Family Home in Warsaw, Virginia on 12 May 2017
FacebookTwitterLinkedinMix

WASHINGTON, D.C. – Two paintings of the William A. Jones Memorial Bridge in Manila were presented to the Richmond County Museum and the family of Congressman William Atkinson Jones in Warsaw, Virginia on 12 May 2017, as part of the celebration of the centennial anniversary of the 1916 Philippine Autonomy Act, known as the Jones Act for Philippine Independence.

The paintings are the work of Manila-based artist Celeste Lecaroz, who traveled to the United States especially for the presentation. The paintings follow the style of “spontaneous realism,” popularized by contemporary Austrian artist Voka.

“When I set to the task of painting the bridge, I tapped into the significance of Philippines-US relations and what it meant to me. With palette knife on hand I set to paint an image of the Jones Bridge in Manila. What immediately came to mind is bridging the gap, exchange between the two sides,” Ms. Lecaroz said.

“But I came to realize eventually that Congressman Jones did more than that. It was more than bridging. It was giving us an alternative path from that of remaining as a colony. So again, it is my honor and pleasure to be leaving the Richmond County Museum and the Jones family a crafted symbol of our strengthened ties as sovereign nations,” she added.

The Jones Law provided the framework for a more autonomous government, preparatory to the grant of independence to the Philippines by the United States. Through this law, the Philippines saw the creation of a bicameral legislature, the introduction of a representative electoral process, and the recognition of the fundamental civil and political rights.

Ms. Becky Marks, Board Chair, and Mr. David Jett, curator, received the painting on behalf of the Richmond County Museum.

“I just want to say how much we appreciate the effort, creativity and thoughtfulness that you all put into this,” said Mr. Jett. 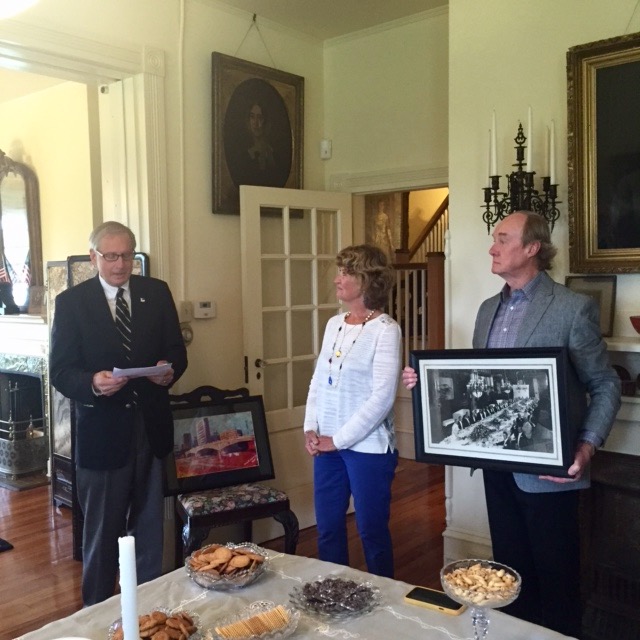 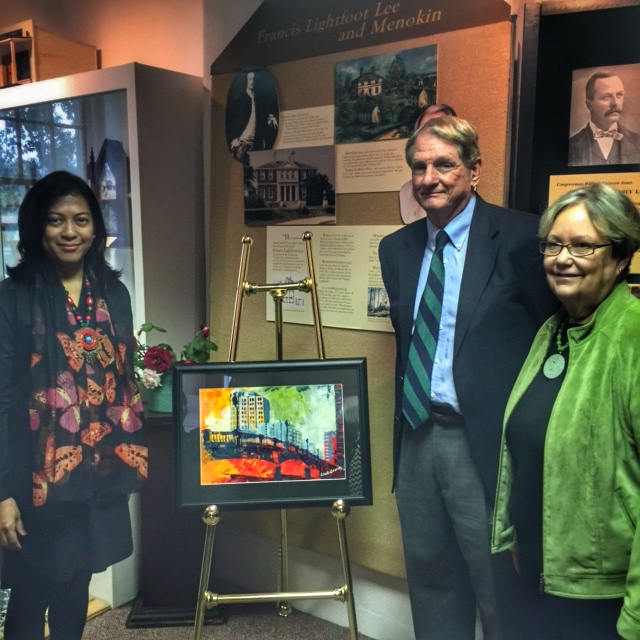 In the brief turnover ceremony at the Jones Family Home, Ms. Elizabeth Hart Jones, representing the Jones Family, expressed appreciation for the painting and its symbolism. She referred to a nearby monument with the inscription, “A Tribute of the Undying Gratitude of the Filipino People,” erected over the grave of Congressman Jones at St. John’s Episcopal Church in 1926.

“We are so touched that after all these years, it has not changed. So we are very, very grateful. We do feel a big responsibility to represent the family,” she said.

“At that age of empire building, it was a radical idea to let go of a treasured territory like the Philippine Islands. However, Congressman Jones had a profound belief that the United States had a more important mandate to promote freedom around the world,” she further said.

Ms. Jones was joined by her sister Anne, and Anne’s husband Rusty Gilfillan in welcoming Ms. Lecaroz and other guests to the Family Home.

The Executive Director of the US-Philippines Society, Hank Hendrickson, remarked that the Jones Act capped an intensely dynamic period in the history of relations between the United States and the Philippines, characterized by debates in Washington, D.C. that were often cast in moral terms, on what the US should do with the Philippines and other island possessions.

“What evolved from those debates was a compromise. Simply put, the US would stay in the Philippines, but on the condition that as it did so, America would work to strengthen Philippine institutions as a basis for modern, twentieth century governance. What Congressman William A. Jones did was to nail down legislation and legislative assurances that that political bargain was kept,” Mr. Hendrickson stated.

“For our part, Americans might better understand and appreciate the role of Filipino leaders at the time. In both Manila and Washington, the leadership skillfully engaged American counterparts to break down preconceived notions, prejudices, and provide assurances about the capacity for independent governance,” he emphasized.

Renowned Filipino historian and author Dr. Bernardita Churchill gave the family a copy of an article on the commemorative dinner at the Philippine Embassy, sponsored by the US-Philippines Society, on 30 August 2016, that replicated a dinner hosted by then Philippine High Commissioner Manuel L. Quezon on 29 August 1916 at the New Willard Hotel in Washington, D.C.

Ms. Darell Artates, the Embassy’s Public Diplomacy Officer, expressed the Embassy’s appreciation to Ms. Lecaroz and the Warsaw community, including the Jones Family, for their commitment to strengthening Philippines-US ties

“During this time of major changes and uncertainty, it is useful to have events like this that serve as a reminder of the enduring friendship between the Filipino and American peoples,” she said.

The participants in the turnover ceremonies also visited the Jones memorial at St. John’s Episcopal Church, upon the invitation of its rector, The Reverend Torrence Harman.

The William A. Jones Memorial Bridge, popularly known as the Jones Bridge, spans the Pasig River connecting Binondo with Ermita in the heart of Manila. 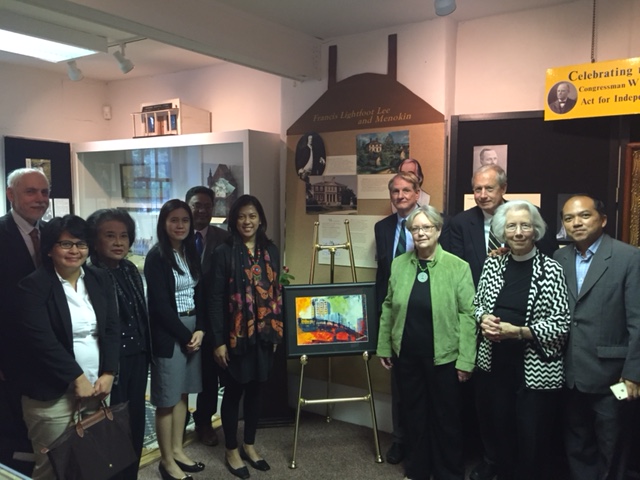 June 15: Roundtable on Mindanao in the Aftermath of Marawi