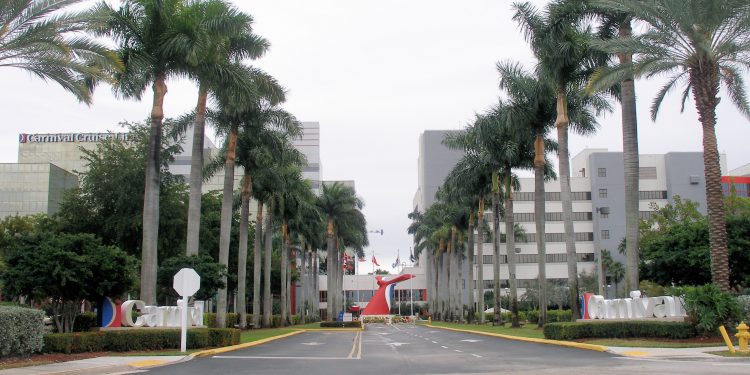 Nearly 80,000 crew members are stranded on 100 cruise ships amid the coronavirus pandemic. Many passengers have been evacuated.

KEY WEST, Fla. — As governments around the world have grappled with how to rescue cruise ship passengers stuck on board luxury vessels hit with the coronavirus, another group has remained largely forgotten: the marooned crews.

In the United States alone, nearly 80,000 cruise ship crew members are stranded on some 100 ships in ports or at sea off the coasts, according to the Centers for Disease Control and Prevention. Many of them are in quarantine after the departures of sick guests, a small percentage are working and many more are in limbo because nations around the world, including India and several in Latin America, have closed their borders even to their own citizens.

“You live in constant fear of dying,” said Alexandra Nedeltcheva, 54, who has been a waitress for Celebrity Cruises for 11 years. “For the first time, I thought, ‘I better jump off the deck.’”

Ms. Nedeltcheva spent several weeks on the Celebrity Apex, a new ship that was docked in a French shipyard preparing for its spring 2020 launch. She was one of hundreds of crew members who wound up testing positive for the coronavirus and was isolated to her tiny cabin, sick, alone, away from her family and thousands of miles from her home in Bulgaria.

She sued Celebrity on Tuesday, the first plaintiff in a class-action lawsuit accusing the company of failing to protect crew members by not distributing masks and implementing social distancing measures. The company released her four days early from quarantine and sent her on a 20-hour bus and plane ride back to Bulgaria where she is self-isolating at an Airbnb she had to pay for herself, she said.

“Nobody cares about the little people, if they get sick, or don’t get sick,” she said.

Cruise companies suspended operations in mid-March. But when that decision was made, dozens of ships were still at sea. Many of them departed even after the high-profile outbreak of the virus on the Diamond Princess; at least 700 people fell ill and nine died during the ship’s voyage off the coast of Japan.

People aboard the remaining ships have continued to get sick. Several passengers have died at sea.

Turned away at a number of international ports, several of the ships have been evacuated at ports in Florida and California — but generally only the passengers.

Most ships returned to sea after offloading paying customers, and cruise companies are now scrambling to find ways home for tens of thousands of their employees. The C.D.C., which issued a no-sail order for cruise companies in U.S. waters last week, is not permitting any evacuated crew or passengers to travel on commercial aircraft.

Some crew members on board said in interviews that they are not getting paid while they wait, and many fear that the virus is still onboard the ships.

“It’s not a safe environment,” said a kitchen worker onboard a Holland America ship, who asked that his name not be published, because speaking to the media violated company policy. “Right now, we are all in fear.”

The C.D.C. said it is requiring cruise companies still traveling with passengers or crew to present plans to prevent, mitigate and respond to the spread of Covid-19.

“The C.D.C. director has reason to believe that cruise ship travel may continue to introduce, transmit or spread Covid-19,” Scott Pauley, a C.D.C. spokesman, said. “We are monitoring these ships and working with the cruise companies to ensure that an industry solution exists to provide seriously ill crew members with medical assistance if needed.”

One ship off the coast of Palm Beach has 400 Filipinos onboard who have been there for four weeks, said Henry Boland Howard, the honorary consul for the Philippines for the state of Florida.

“There are a large number of cruise ships anchored off the coast of South Florida, stretching from Palm Beach down to Miami,” Mr. Howard said. “So far so good, but time is of the essence. They can’t stay there forever.”

Mr. Howard helped arrange flights for at least 2,500 Carnival Cruises crew members out of Miami on Ethiopian Airlines charters, he said. The repatriations involved having the crew members leave the ships on small tender boats and transfer directly by bus to an airplane tarmac without ever entering a terminal, he said.

Brian Salerno, senior vice president of maritime policy for the Cruise Line Industry Association, said that crew members are well taken care of and have medical staff on board.

“As ships are laid up, many of the crew members will seek to go home, but there are some countries that are reluctant to have their own citizens return because of fear of international travel,” Mr. Salerno said in an interview last month. “If crew remain on the ships, the companies are certainly looking after them. If they don’t have a way to get home, I am sure many of them are going to remain on the ship.”

Michael Winkleman, Ms. Nedeltcheva’s lawyer, said the cruise companies took too long to react to the severity of the coronavirus pandemic.

Roger Frizzell, a spokesman for Carnival Cruises, said his company was able to arrange some charters to get crew members home, but that doing so “has become more difficult every day.” Thousands remained at sea, he said.

“These challenges have been unprecedented for our company,” Mr. Frizzell said. “Port closings and travel restrictions have made it extremely difficult, if not impossible in some cases.”

Frances Robles is a national and foreign correspondent based in Miami. Before joining The Times in 2013, she worked at the Miami Herald, where she covered Cuba and was based in both Nicaragua and Colombia.

Weekly Issues: Reflection on Christian Spirituality in a Pandemic

Appeal for Solidarity to Combat COVID 19