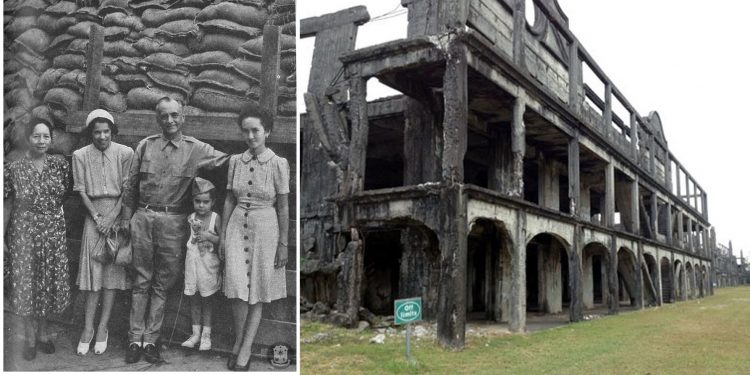 WASHINGTON, D.C.- Veterans, World War II enthusiasts, representatives from the US government, private sector, academe, US-Philippines Society, Embassy, and the Filipino American community gathered in Romulo Hall of the Philippine Embassy, located on the corner of Bataan Street and Massachusetts Avenue, on 18 May 2017 to participate in the launch of a commemorative edition of the book, Cadet, Soldier, Guerrilla Fighter: Remembering Bataan and Corregidor.

The book chronicles the struggles of a 20 year-old Filipino cadet, Antonio A. Nieva who like many young soldiers responded to the call of duty at the outbreak of World War II in the Pacific.

The author recounts how he was gripped with fear as a young ill-equipped soldier during the first days of war. At Bataan Filipino soldiers found the courage to fight, repulsing attacks and inflicting heavy casualties on the enemy in early victories at the Battles of Points and Pickett. US-Philippine forces continued to fight for four months while the Japanese achieved quick victories throughout the rest of Southeast Asia. The USAFFE defense of Corregidor gave General Douglas MacArthur time to regroup his command and delay Japanese moves throughout the Pacific and south toward Australia.

Veronica Nieva and Pepi Nieva, daughters of the late Antonio Nieva, read excerpts from the book.

“By the end of March, the USAFFE was no longer an army. Just a collection of sick, hungry, forsaken men in defensive positions across the Peninsula from Manila Bay to the China Sea. Divisions were down to 1,500 men at most; regiments to 500 effectives. That is, if one can call an ill-fed, ill-clothes, ill-armed, ill-everything civilian-soldier combat effective.” (93)

“We’re the battling bastards of Bataan / No mama, no papa, no Uncle Sam / No cousins, no nieces, no aunts, no uncles / No pills, no planes, no artillery pieces / And nobody gives a damn! / Nobody gives a damn”

Nieva vividly described defeat of the defenders in Bataan.

“What is death of an army like? There is no cohesive picture, just a series of disconnected rushes of a grade-B horror movie. It is the obscene grimace of a blackened face peering up from a foxhole: a spread-eagled figure on the ground too exhausted to give a damn; a half-hearted stand atop a vantage knoll, firing without aim,…hollowed-eyed men beside roadsides munching the visors of their coconut helmets like children chewing handkerchiefs to still uncontrollable trembling. And white flags blooming in the jungle green.” (99)

“The once-proud army that had decimated the original invasion forces had crumbled to scattered fragments of broken men. General King would rather have faced a thousand deaths than surrender, but he had no other option. On the 9th day of April, the ‘largest force of the United States had ever lost surrendered.” (103) 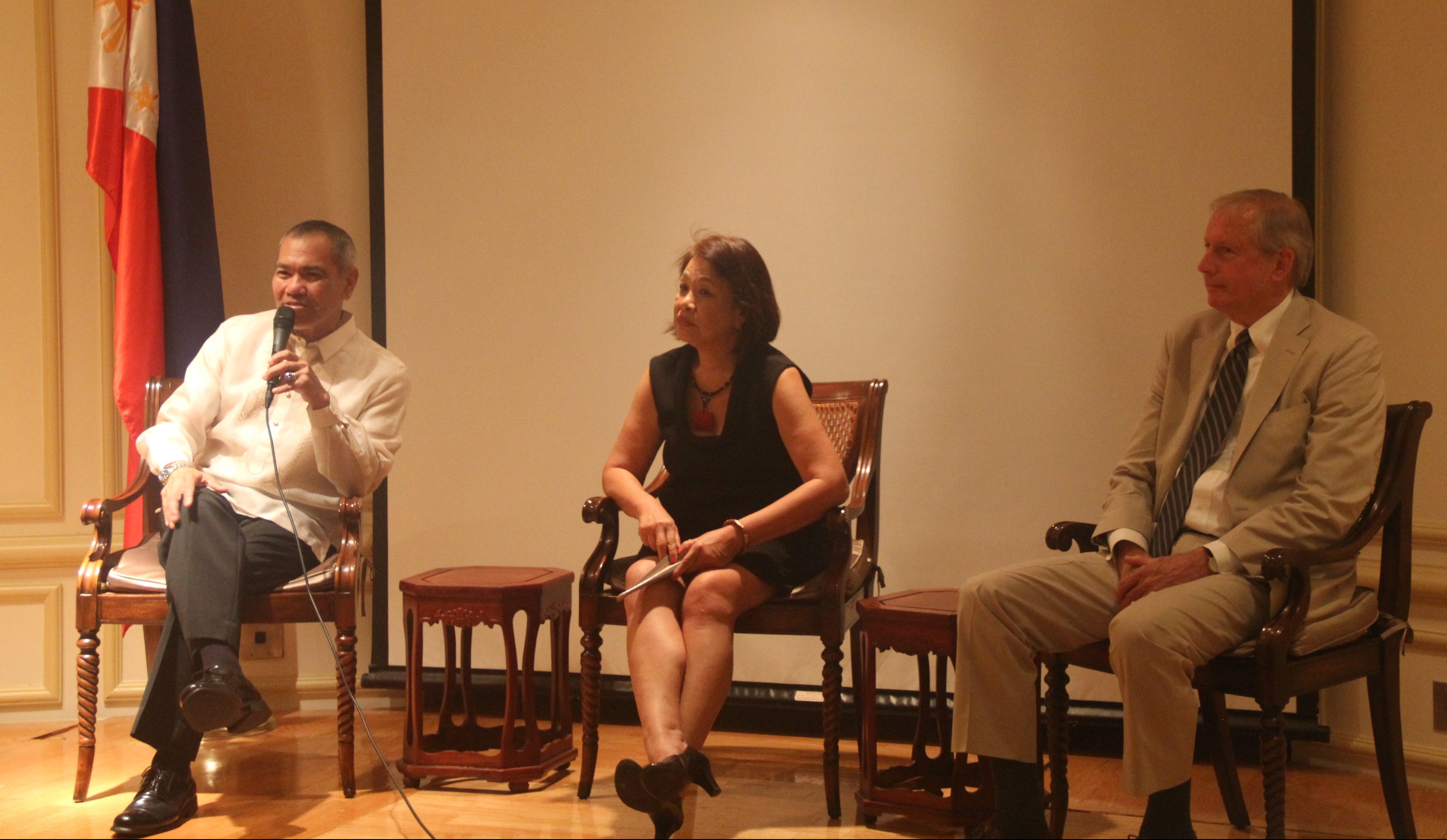 Of Brotherhood and Fighting Side by Side

Following the surrender of American and Filipino forces, approximately 66,000 Filipino and 12,000 American soldiers were forced to march 66 miles from Bataan to Tarlac in the infamous Bataan Death March. Thousands died along the way from disease, brutality, deprivation, and heat exhaustion. For three and a half years, the American prisoners of war were held in forced labor camps.

Hundreds of Filipino and American soldiers escaped to the hills and began a resistance movement. Hunters-ROTC, a guerrilla group formed by college ROTC cadets, were led by ex-USAFFE soldiers who refused to surrender. They served as advance units for MacArthur and contributed to the liberation of the Philippines. Nieva’s unit provided reconnaissance and assisted in raids that freed American prisoners.

Citing the historic 1916 Jones Act of Philippine Independence, US-Philippines Society Executive Director Hank Hendrickson stated “Pre-war legislative steps laid the political groundwork for strategic and tactical cooperation between America and the Philippines, and provided confidence that Filipinos would achieve full sovereignty after the war. Americans should understand just how effectively Philippine independence leaders like Manuel Quezon worked from the early days to advance a timetable for self-government.” The year after liberation, on July 4, 1946, the Philippines gained independence.

“Tonight we remember the Filipino and American soldiers who fought and died side by side in the battles of Bataan and Corregidor 75 years ago in defense of freedom, liberty, and independence,” said Chargé d’Affaires Patrick A. Chuasoto. He acknowledged the presence of DC’s oldest Filipino veteran, Celestino Almeda.

Panelist Sonny Busa, FilvetREP Regional Coordinator and Visiting Professor at the US Military Academy, praised the book. “It is one of the best military books, an easy to read personal narrative and historical account of the 1942 battles in the Philippines from a Philippine perspective,” he stated. Busa explained that the book enlightens readers about the significant role played by the 260,000 Filipino soldiers during World War II. Following passage of the Filipino Veterans of World War II Act of 2015, the FilvetREP’s Congressional Gold Medal Recognition project aims to provide bronze medal replicas to the veterans as part of efforts to honor veterans’ sacrifices.

In his closing remarks, FilvetREP Executive Secretary Jon Melegrito emphasized the importance of documenting the lives of Filipino soldiers and preserving World War II landmarks of significance to the Philippines.

The launch of “Cadet, Soldier, and Guerrilla Fighter” in Washington DC was co-organized by US-Philippines Society, the family of Antonio Nieva, and the Philippine Embassy in support of the Filipino Veterans World War II Congressional Gold Medal Recognition Project.

The commemorative edition of the “Cadet, Soldier, Guerilla Fighter” is an expanded version of the 1997 first edition, replete with illustrations by the author’s original sketches. To obtain a copy of the book and support efforts to recognize the veterans, please visit the US-Philippines Society website. 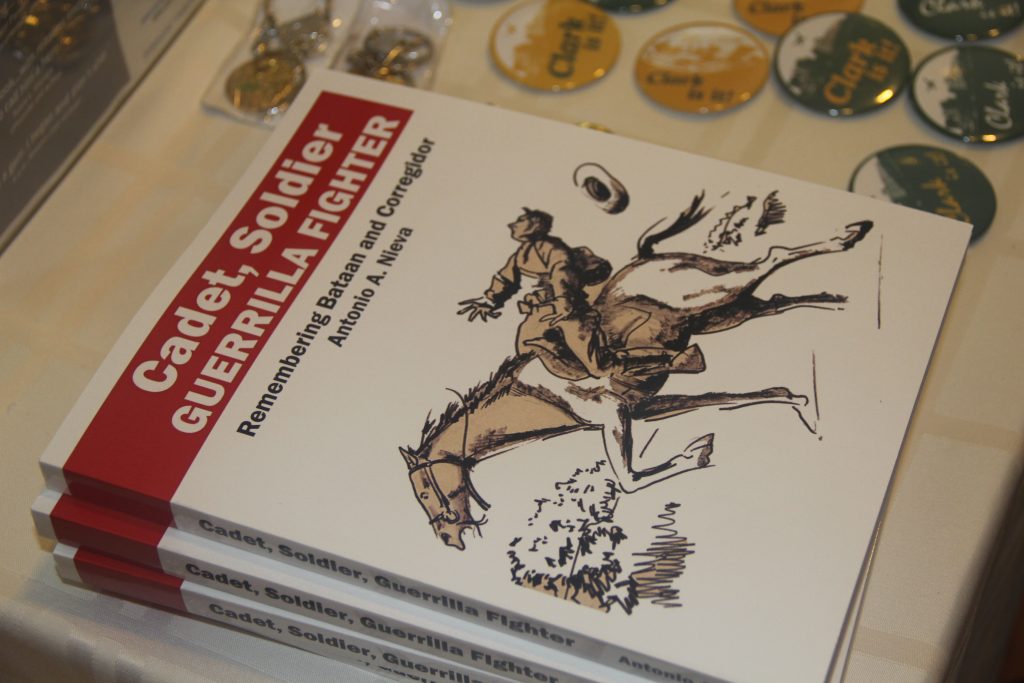 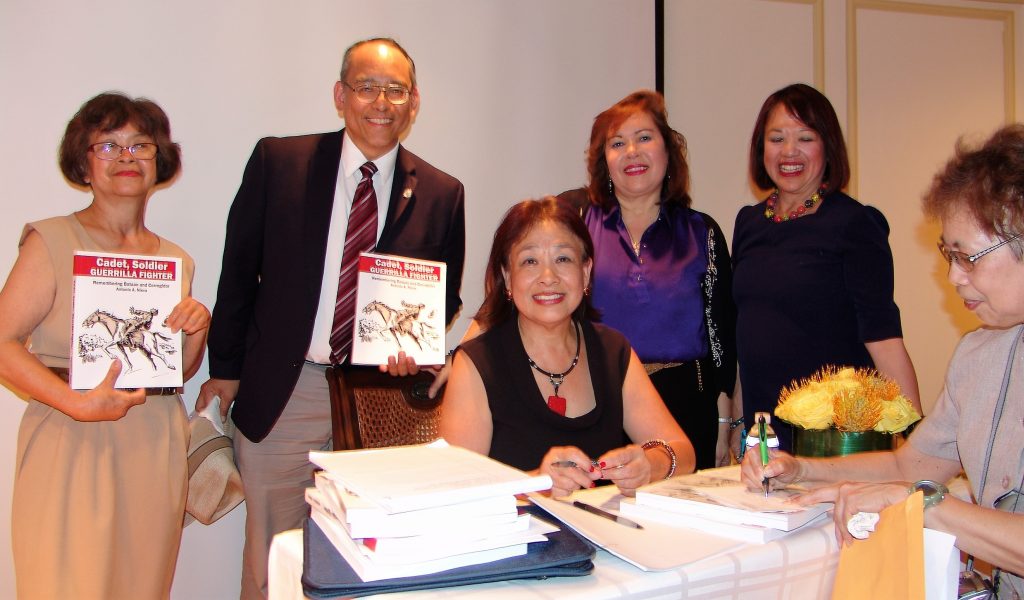