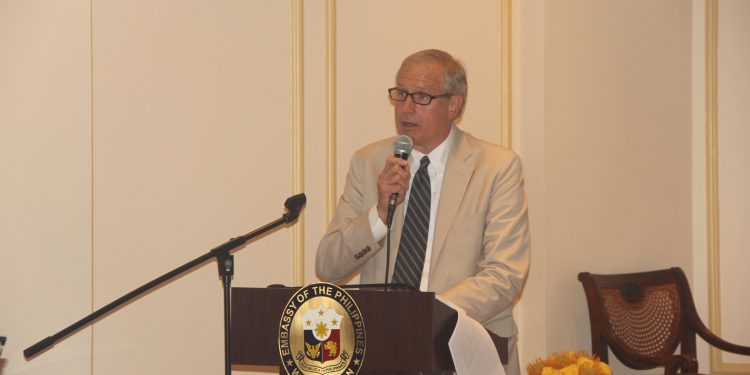 Executive Director of the US-Philippines Society

Embassy of the Philippines in Washington D.C.

Thanks Sonny, Pepi and Ronie. And, thanks to CDA Patrick and his talented staff. Always a pleasure for the US-Philippines Society to work with the Embassy.

We have learned a lot this evening about the dramatic events of 75 years ago. The Nieva book was an eye-opener for me because it provided a first-hand account from a Filipino perspective on the battles of Bataan and Corregidor and the struggles that continued until victory and liberation more than three years later.

Antonio Nieva has reminded us that, unlike much of the Hollywood history of the war, Filipino soldiers played a leading role in those battles. And, that Filipinos suffered in greater numbers, including during the Death March. At the risk of stating the obvious, those men did so because they were fighting for their country.

But, there was an earlier time when that proposition might not have seemed quite so obvious. Cooperation between U.S. and Philippine forces in World War II was a direct product of policies and actions by political leaders of both countries stretching back more than 25 years before the war.

Last week some of us participated in an event at the Jones House in Warsaw, Virginia, where Filipina artist Celeste Lecaroz presented descendants of Congressman William Atkinson Jones with a painting of the landmark Jones Bridge in Manila. The Congressman, of course, authored the 1916 Jones Act on Philippine independence. This enlightened and historic piece of legislation came after lengthy and divisive debates, and was anything but assured or easy. In fact, Jones’s great-granddaughter told us he was even called a traitor by some political opponents at the time in Washington.

But, only a visionary could have foreseen that the process toward independent governance set in motion by the Jones Act would result in a bond between two peoples to fight, suffer together, and ultimately defeat the aggressor in a Pacific War decades later.

In looking back on that crucial 30 year period between 1916 and 1946, there are reminders for both Filipinos and Americans today that “doing the right thing” can actually produce the “right result.” Setting a course toward independence less than two decades after the Spanish-American War and barely a decade after the Filipino-American War – and at a time when the world’s imperial powers were wedded more than ever to colonial empires — was clearly the “right thing:” enlightened self-interest that netted cooperation and friendship years later at a time of testing, rather than feeding division and resentments.

As we gather in Romulo Hall this evening, let’s recall that in his book, “I Saw the Fall of the Philippines,” written in Washington during the war, Carlos P. Romulo observed that as a young man prior to the war he traveled through much of colonial Southeast Asia. After meetings with student and civic leaders, he documented their resistance to European rule. When war came, many initially warmed to the Japanese position – a so-called “Co-Prosperity Sphere”; few aligned themselves politically with the colonial power. Throughout Southeast Asia, other than in the Philippines, only the overseas Chinese organized themselves to fight against Japan.

That fact is a testament to the power of the groundwork of cooperation between America and the Philippines, and the confidence Filipinos had in the promise of self-government. Filipinos understand this. Americans should understand just how effectively Philippine independence leaders like Manuel Quezon worked from the early days to advance a timetable for self-government.

Through the story of Antonio Nieva, Americans will now also understand more clearly how Filipinos persevered on the battlefields and as guerrillas in the jungles to stand up for a shared cause. Of course, there were setbacks and disappointments, including for the Battling Bastards of Bataan who had… “No momma, no papa, no Uncle Sam.”  And, there were those who chose not to fight, even to collaborate, as the book documents.

Taken together, the Book tells a story of determination and cooperation rooted in history, and displayed on the fields of battle, in the camps, and in the countryside. I salute the Nieva family for bringing us this narrative as we remember and mark the 75th anniversary of the Fall of Bataan and Corregidor.

Finally, we also salute the veterans and their families who deserve our thanks and who have earned recognition, long-delayed in many cases, with the Congressional Gold Medal. Your help in supporting their cause now will be deeply appreciated. 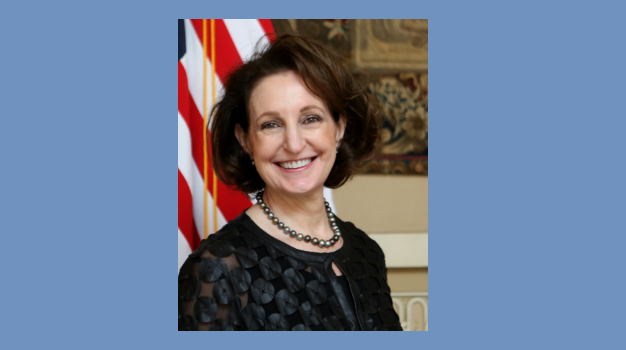 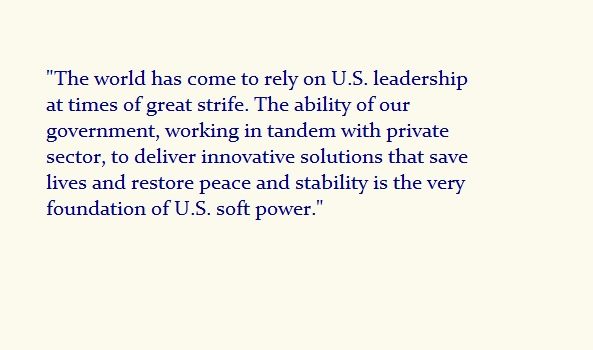