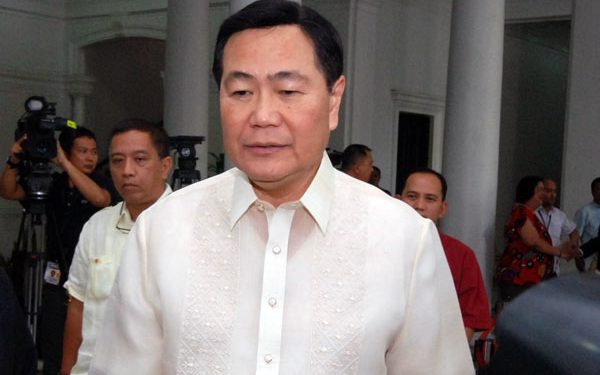 Last week’s ruling of an UNCLOS tribunal on the South China Sea dispute has two distinct but related ramifications.

The first deals with the rights to the resources of the South China Sea among the coastal states, and the second impacts on the power projections of the world’s naval powers.

The ruling nullifies China’s “nine-dash line” as a claim to any maritime zone in the South China Sea.

The ruling also denies any maritime zone beyond the 22.2-kilometer (12-nautical-mile) territorial sea to rocks and islands in the Spratlys and Panatag Shoal (internationally known as Scarborough Shoal).

Thus, China can claim a 370-km (200-nm) exclusive economic zone (EEZ) only from its coastlines in the mainland and Hainan, its southernmost island.

The outer limits of China’s 370-km EEZ measured from its coastlines do not reach the Spratlys or Panatag Shoal.

There is a huge area—the high seas constituting some 25 percent of the South China Sea—that separates China’s EEZ from the Spratlys and Panatag Shoal.

The high seas beyond any national jurisdiction are part of the global commons and belong to all mankind.

The other coastal states—Malaysia, Brunei, Indonesia and Vietnam—have their own 370-km EEZs unencumbered by any Chinese claim from the nine-dash line.

For the Philippines, the ruling means its entire EEZ in the South China Sea is free from any Chinese claim except for the 22.2-km territorial seas of three high-tide rocks controlled by China—Mabini Reef (Johnson South Reef) and McKennan Reef (Hughes Reef) in the Spratlys, and Panatag Shoal off Zambales province on the western coast of Luzon.

How can the Philippines enforce its exclusive right to the resources in its EEZ?

If China National Offshore Oil Co. (CNOOC) installs a gas platform on Recto Bank (Reed Bank), which is entirely within the Philippine EEZ, and extracts the gas there, the Philippines can sue CNOOC in Canada where CNOOC has assets.

The Philippines can show the ruling to the court in Canada, which ratified the United Nations Convention on the Law of the Sea (Unclos), that the gas on Recto Bank belongs to the Philippines and CNOOC pilfered it.

The Philippines can also ask the International Seabed Authority (ISA), a creation of Unclos, to suspend the exploration permits it issued to China.

The ISA has issued 27 permits to explore the seabed outside any national jurisdiction, and four permits have gone to China, the highest number for any state.

Unclos is a “package deal”—any United Nations member that ratifies Unclos must accept all its provisions.

If China refuses to comply with the ruling of the Permanent Court of Arbitration, the Philippines can ask the ISA to suspend the exploration permits of China because China is accepting only beneficial provisions of Unclos and rejecting its burdensome provisions.

The Philippines must be creative in finding legal means of enforcing the ruling, and not be timid in exploring the frontiers of international law.
To paraphrase Sun Tzu, you must defeat the enemy in the courtroom if you cannot defeat the enemy on the battlefield.

This allowed the Philippines to frame the arbitration as a maritime issue, not a territorial issue.

It also allowed the Philippines to navigate around China’s reservation from compulsory arbitration on sea boundary delimitation.
Second, the ruling for the first time defines an island that generates a 370-km EEZ as one that can sustain a stable community of people using the resources of the island itself in its natural condition, with no supplies from outside.

Under this definition, islands in the Paracels and Pratas may not qualify as islands capable of human habitation, entitling them only to a 22.2-km territorial sea, just like all islands in the Spratlys.
Geopolitics

The tribunal’s ruling has also profound ramifications on the geopolitics of the region, and even the world.

In the high seas, there is freedom of navigation and overflight for merchant and military vessels and aircraft.

The world’s naval powers, led by the United States, have declared that they will sail and fly in the high seas and EEZs of the South China Sea to assert freedom of navigation and overflight for their military vessels and aircraft.

China cannot prevent the world’s naval powers from conducting such freedom of navigation and overflight operations.

These naval operations will in effect enforce the part of the ruling that acknowledges the existence of high seas and EEZs in the South China Sea.

It is in the national interest of the world’s naval powers to assert such freedom of navigation and overflight.

If China’s position—that there is no such freedom in the EEZ—becomes international law, then the expensive warships of the world’s naval powers will be bottled up in their coastal waters.

Indeed, China, now fast becoming another world naval power, may in the next five to seven years abandon its minority position and adopt the prevailing view that there is freedom of navigation and overflight in the EEZ for military vessels and aircraft.

The ruling puts an end to excessive maritime claims from rocks or tiny islands incapable of human habitation.

It is hoped that over time all states within and outside the region will see the wisdom of respecting the ruling as essential to maintaining peace, security and stability in the seas of our planet.

(Editor’s Note: This article represents the personal opinion of the author and does not necessarily represent the views of the Philippine government.)