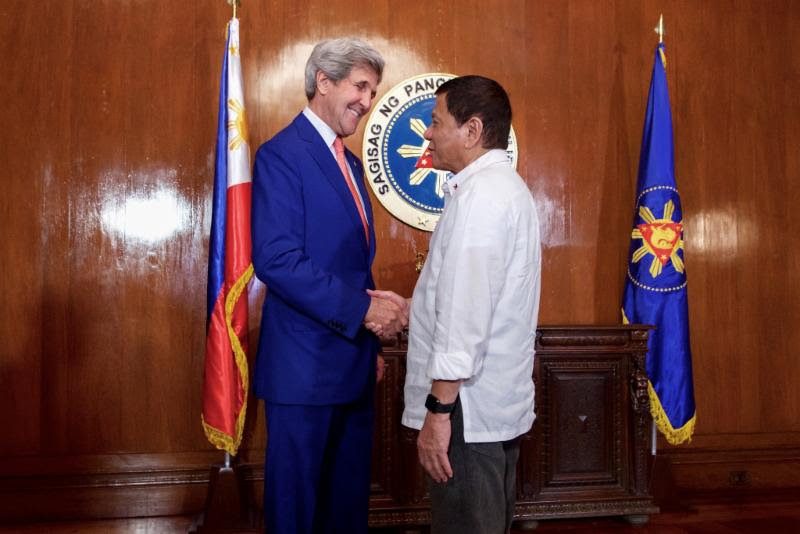 Prior to meeting President Duterte Secretary Kerry met with Foreign Affairs Secretary Perfecto Yasay. Secretary Kerry remarked, “We view you as a partner … that means an equal voice, an equal discussion, and our relationship obviously is historic in terms of people-to-people ties that form the foundation of the very, very close bilateral relationship. And it’s built on strong economic ties, on strong cultural ties, and also on our societal ties.” 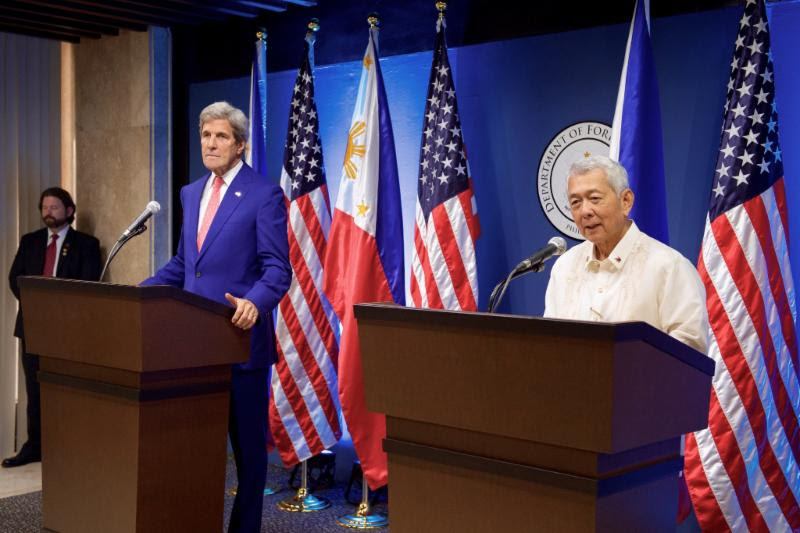 At the press conference after their meeting, Secretary Kerry referred to his visit to the Philippines in 1986 as an observer during the snap election. Secretary Kerry continued, “Today, this nation is a model of democracy. The election that was held here in May was open and transparent, it offered a real choice, and the voters flocked to the polls – a turnout of more than 80 percent. That is exactly what democracy is all about, and I congratulate the Filipino people.”

He cited the purpose of his visit to reaffirm “the value that the United States places on the alliance and the true friendship and relationship that we have with the people of this country.”  Regarding the recent Arbitration Ruling that the Secretary viewed as binding, he urged “all the claimants to exercise restraint and to work to reduce tensions; not to look for confrontation…but for a solution.” He also discussed the importance of the Enhanced Defense Cooperation Agreement. Read more.