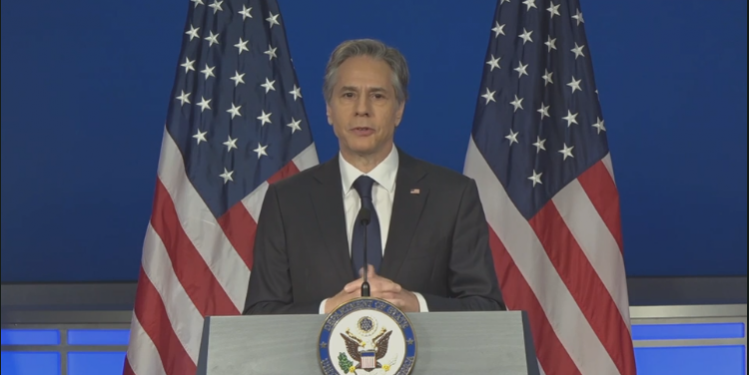 As I noted in my May 26 speech, the United States and our Indo-Pacific allies and partners are committed to preserving a system where goods, ideas, and people flow freely across land, sky, cyberspace, and the open seas.  This system benefits all countries, big and small.  Preserving a free and open South China Sea governed by international law, as reflected in the 1982 Law of the Sea Convention, is part of this shared vision.

Six years ago, an Arbitral Tribunal constituted under the 1982 Law of the Sea Convention delivered a unanimous decision, which is final and binding on the Philippines and the PRC.  In its ruling, the Tribunal firmly rejected the PRC’s expansive South China Sea maritime claims as having no basis in international law.  The Tribunal also stated that the PRC has no lawful claim to the areas determined by the Arbitral Tribunal to be part of the Philippines’ exclusive economic zone and continental shelf.

The United States reaffirms its July 13, 2020, policy regarding maritime claims in the South China Sea.  We also reaffirm that an armed attack on Philippine armed forces, public vessels, or aircraft in the South China Sea would invoke U.S. mutual defense commitments under Article IV of the 1951 U.S.-Philippines Mutual Defense Treaty.

We call again on the PRC to abide by its obligations under international law and cease its provocative behavior.  We will continue to work with allies and partners, as well as regional institutions like ASEAN, to protect and preserve the rules-based order.

On the death of Japan's former Prime Minister Abe, the US-Philippines Society sends condolences to Akie Abe and the People of Japan