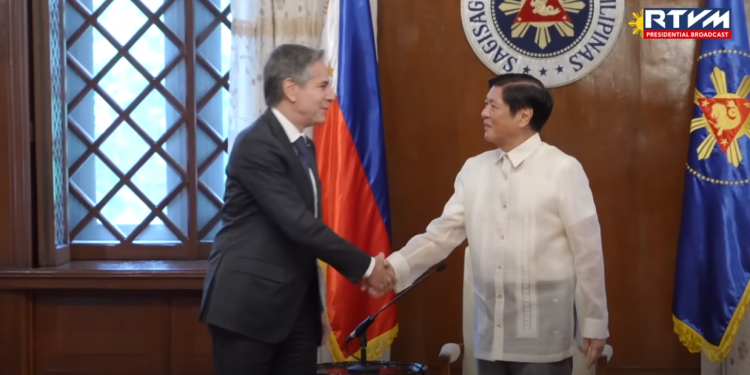 Following his participation in the ASEAN Regional meetings in Cambodia, Aug 2-6, Secretary of State Antony Blinken visited Manila, August 6, for important meetings with President Ferdinand Marcos, Jr. and Foreign Secretary Enrique Manalo to offer assurance of a deeper alliance and support in the new administration’s focus on post-Covid 19 recovery. Their discussions focused on bilateral efforts to advance cooperation on energy, trade and investment, climate change, food security, shared democratic values, and people-to-people ties. The US-PH relationship is bound by familial and historical ties. More than 4 million Filipino-Americans reside in the U.S. and almost 300,000 Americans live in the Philippines.

President Marcos remarked on the tensions in the region saying that “The last few days have raised – have put to the fore some of them – the visit of your House Speaker Nancy Pelosi coming here (in Asia)– I did not think it raised the intensity; it just demonstrated how the intensity of the conflict has been. It actually has been at that level for a good while now, but we sort of got used to the idea and then put it aside.”

The Philippines is America’s oldest security ally and partner in Southeast Asia. Secretary Blinken assured the President of the U.S. commitment to the 1951 Mutual Defense Treaty and collaboration in addressing shared challenges. Secretary Blinken remarked “so many of the challenges we face are global in nature – whether it’s COVID-19, and we’ve been proud to be your partner in working on that and protecting all of our people; whether it’s climate and the need to deal with that existential challenge; or whether it’s the impact of all of these new technologies on the lives of our people.” 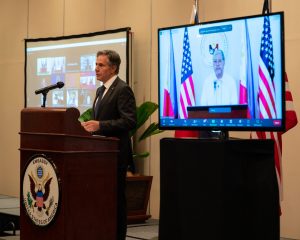 In a virtual meeting, both Secretaries Blinken and Manalo discussed two-way high-level meetings covering the full range of political, security, and economic bilateral cooperation including the 10th Bilateral Strategic Dialogue in November, Manila, following the adoption of a 2021 Joint Vision for a 21st Century Philippine-United States Partnership, September meetings at the UN General Assembly in New York, November Summit for Democracy, and the 2023 Two Plus Two Ministerial Meetings.

Secretary Blinken reiterated the “U.S. ironclad commitment to the U.S.-Philippines Mutual Defense Treaty and reaffirmed that an armed attack on Philippines’ armed forces, public vessels, or aircraft in the South China Sea would invoke U.S mutual defense commitments under that treaty.” Secretary Manalo stated the Philippine commitment to the Mutual Defense Treaty and succeeding agreements including the Mutual Logistic Support Agreement, Visiting Forces Agreement, the Enhanced Defense Cooperation Agreement and continued exploration bilaterally through the Mutual Defense Board and Security Engagement Board. In addition to the conduct of joint activities between the Philippines and the United States security forces, the security engagements also address terrorism and cybersecurity, support for humanitarian aid including pandemics and disaster relief.

Secretary Manalo stated the Philippines is committed to shared democratic values, the rule of law and human rights emphasizing open communications between the two countries. 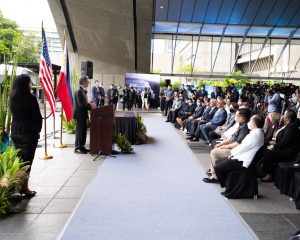 In moving toward deepening economic cooperation, Secretary Blinken also attended a Clean Energy Fair in the Ayala Triangle Gardens, Makati, where he met business executives including US-Philippines Society Founding Director Jaime Augusto de Ayala and Ayala Corporation’s President Fernando Zobel de Ayala to discuss the important role of private sector in the Philippines’ transition to a clean energy future. Secretary Blinken witnessed an MOU signing with a grant from the U.S. Trade and Development Agency awarded to Aboitiz Renewables Inc, The grant will fund a technical feasibility study to advance offshore wind projects in the Philippines. The project is expected to produce up to 3,000 megawatts of clean energy every single year. It is the latest of the bilateral cooperation on clean energy.

Ambassador Jose Manuel Romualdez thanked USAID’s humanitarian assistance in the aftermath of the earthquake in northern Luzon. The Philippines is one of the most vulnerable countries to natural disasters and the impact of climate change. As the Philippines transitions to renewable sources of energy, Ambassador Romualdez acknowledged US Trade Development Agency Director Enoh T. Ebong and her team’s collaborative efforts under the USTDA’s Global Partnership for the Climate-Smart Infrastructure Initiative, a platform “for new and better wind energy infrastructures that could provide Filipino homes high quality, and sustainable sourced electricity.” 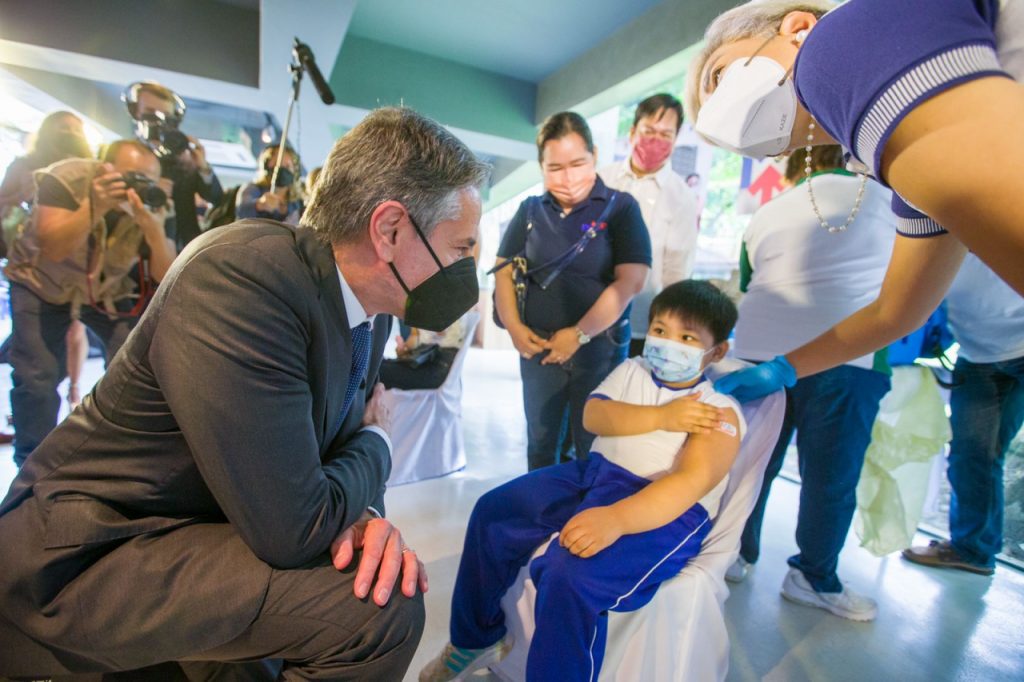 Secretary Blinken attended a ceremonial turnover of U.S. laboratory equipment and medical supplies including an automated extraction machine, rapid antigen tests, COVID testing reagents and assorted PPEs intended for health facilities and wash kits for the schools in Manila. He also witnessed the vaccination of Filipino children as the Philippines prepares for the safe expansion of face-to-face classes. The latest program will assist the Marcos administration in its goal to vaccinate 90 percent of the senior citizens and at least 50 percent to the eligible population for these first booster shots. As of July 2022, the U.S. has donated over 33 million doses of Covid 19 vaccines in partnership with COVAX and more than $39 million in pandemic-related financial and technical assistance. 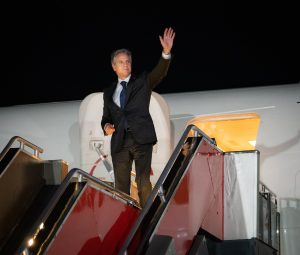 In addressing the new 21st century opportunities and challenges, Secretary Blinken’s visit provided the opportunity for renewed and deeper cooperation in defense and security as well as trade and investments in the context of four pillars of the Indo-Pacific Economic Framework, which the Philippines is a founding partner. and for a shared vision of a region that’s free, open, connected, prosperous, secure, and resilient.