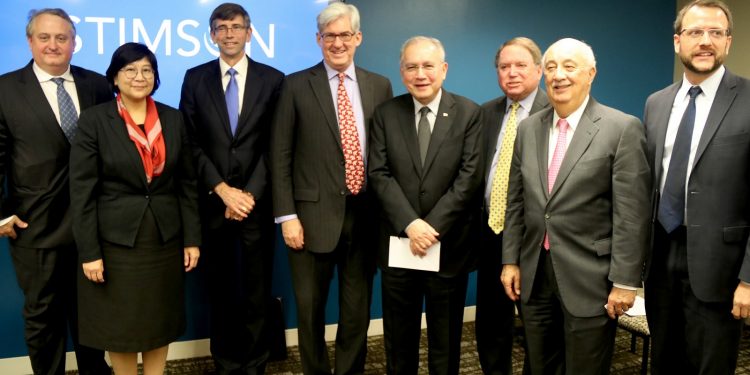 In a Keynote Address, Deputy Assistant Secretary of State Walter Douglas emphasized that key to the economic component of the US Indo-Pacific strategy is the importance of private sector-led development, especially in the areas of the digital economy, infrastructure and energy.

On infrastructure in particular, he said that the Asian Development Bank has identified a US$1.7T infrastructure investment deficit in the region, and the US hopes to work towards making countries in the Indo-Pacific more attractive to approximately US$50-70T of liquidity in the investment finance markets.

“And our goal is to use the private sector, because that’s really where the United States’ strength is- in creating conditions for the private sector to come in and let them do the job of development. It is our belief that state-led development does not work. There are serious flaws with it,” DAS Douglas told the audience.

“For over 50 years, the Philippines’ infrastructure investment averaged only at 2.6 percent of GDP while our neighboring economies invested double that ratio. Underinvestment in infrastructure produced a large gap that resulted in congestion and inefficiency. We are seeking to correct that gap by investing in 75 key strategic infrastructure projects over the medium term. And I am proud to inform you that Build Build Build is gathering momentum,” he added. See also Building the Indo-Pacific Region by Ambassador Jose Manuel “Babe” Romualdez.

There was a shared optimism among the panelists that there are huge opportunities for cooperation and synergies with the United States in moving forward the vision of a strong and prosperous Indo-Pacific.

“We believe that the Philippine market offers real transparent opportunities for Alpha. The infrastructure investments are dynamic and growth rates show they are hitting the potential that we always hoped would materialize.  We hope that the US Build Act will put US companies into the middle of these great infrastructure projects,” said Mr. Shmotolokha after the forum.

“I am encouraged by the passage of the Build Act and of the various Indo-Pacific initiatives such as AsiaEDGE. It is my hope that our discussions this morning will be the beginning of many more so that we may be able to act on our shared goal to coordinate and work closely to ensure that people get to benefit from all the potential infrastructure projects at the soonest possible time,” added Ambassador Romualdez as he concluded his opening comments.

“We are working with stakeholders in Washington, as well as in ASEAN, to identify strategic and pragmatic impact areas that these Indo-Pacific initiatives can land on to make a difference,” Mr. Eyler explained in his opening remarks.

According to Ambassador John Maisto, President of the US-Philippines Society, “the program responded directly to expressions of concern by Philippine government economic officials who have questioned why American firms have not been more engaged in the high-priority, Build, Build, Build infrastructure initiative. The forum drew a large audience to gain a better understanding of recent steps by the administration and congress in Washington. Ambassador Romualdez provided a clear outline of the Philippines’ infrastructure needs and welcomed the initiatives of the US Government. And Society Director Paul Shmotolokha of Alpha Technologies brought an invaluable private sector perspective.”

The forum succeeded in bringing together three key stakeholders: USG officials, regional governments, and the private sector to promote public discussion of strategic and pragmatic impact areas for new US trade and infrastructure initiatives.

Returning the Bells of Balangiga