The US-Philippines Society: A New Hope 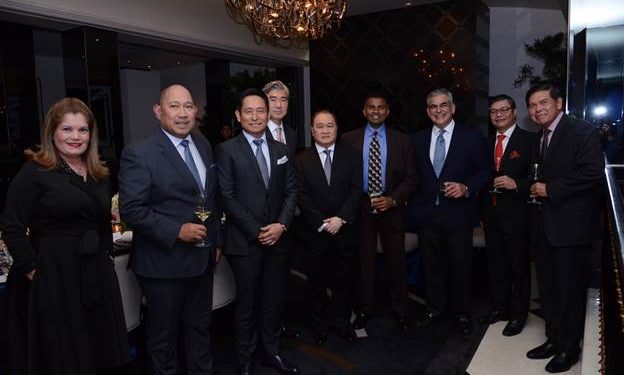 The US–Philippines Society (“US-PS”) came into being in Washington D.C. on May 01, 2012, to “realize the vision of its founders to create a new and timely mechanism for elevating the Philippines’ profile in the United States. It is “a private sector initiative organized to broaden and expand interaction and understanding in areas of security, trade, investments, tourism, the environment, history, education and culture between the United States and the Philippines”. Its mission is “to build on the rich and longstanding historical ties between the two nations and help to bring that unique relationship fully into the 21st century at a junction when U.S. policy interests are increasingly focused on East Asia”.

How time flies, indeed. It has been five years since we launched this in Washington D.C. during then-President Benigno Aquino III’s first official visit to the United States.

In the ensuing months after Rodrigo Roa Duterte became President of the Republic of the Philippines in 2016, the general public perception was that relations with the United States of America would be strained, owing to some misinterpretations and misimpressions to certain pronouncements. But the fact that the US-PS held its bi-national Board of Directors meeting here, co-chaired by Manuel V. Pangilinan and Ambassador John D. Negroponte, is concrete proof that US-Philippines relations have never waned, and have even become stronger.

Honorary Chairmen of the Society’s Board are the venerable Washington Sycip for the Philippines and former AIG Chair and CEO Maurice Greenberg for the United States. Ambassador John F. Maisto is the Society’s President while Hank Hendrickson is its Executive Director. Other Board members include Special Envoy to the US Ambassador Joey Antonio and such business luminaries as Gerry Borromeo, BPI’s Bong Consing, Ambassador Joey Cuisia, Doris Magsaysay-Ho, SGV Chairman and Managing Partner Vic Noel, Enrique Razon, Ambassador Roberto Romulo, M.A.P. Management Man of the Year 2016 and SMIC’s Tessie Sy-Coson, and Jaime Augusto Zobel de Ayala, just to name a few.

Their five-day series of activities in the Philippines started off with no less than a Welcome Reception by His Excellency President Rody Duterte himself at Malacañan Palace, followed by another Welcome Reception but this time by the new US Ambassador to the Philippines, His Excellency Sung Y. Kim (see my column two weeks ago on this remarkable public servant whom I got to know personally).

The next day, February 21, was a Meeting with Senate President Aquilino “Koko” Pimentel III, Senator Grace Poe and Cagayan de Oro Congressman Max Rodriguez at the Conservatory of the Manila Peninsula. In that meeting, the key legislators gave assurances that Congress would ease restrictions on foreign investment and strengthen a rules-based legal environment for investors. Senate President Koko Pimentel outlined the congressional strategy for supporting the Duterte Administration’s economic agenda and vision for a federal government structure.

After the meeting with the legislators was a Forum with Finance Secretary Sonny Dominguez, Trade Secretary Mon Lopez, Socio-economic Planning Secretary Ernie Pernia, and Budget Secretary Ben Diokno. In this Forum the Duterte Economic Team presented in a clear, concrete and concise manner the vision of Tatay Digong’s administration for inclusive growth, poverty alleviation, infrastructure build-up, and sustained growth. They also laid out the details on how this will be achieved, in line with the AmBisyon Natin 2040 Program, the national long-term vision spearheaded by NEDA which represents “the collective vision and aspirations of the Filipino people for themselves and for the country.”

The Economic Forum then segued into a “no-holds-barred” press conference of the Society Co-Chairs and Officers which I moderated.

Lunchtime was reserved for a Private Sector Dialogue with the “Views from Washington” expounded upon by Ambassadors John Negroponte and Thomas Hubbard, and the “Prospects and Opportunities: Doing Business in the Philippines” part shared by Economist Ciel Habito, Ambassador Joey Antonio, Presidential Adviser Joey Concepcion, and US-Philippines Society Co-Chair Manuel V. Pangilinan. The Society then proceeded to PLDT for their Board Meeting.

After the Board meeting was a fabulous dinner hosted by Co-Chairman Manuel V. Pangilinan at the Manila Peninsula where the food was an exquisite gastronomic delight and the ambience and beauty of the Old Manila restaurant were enhanced by the magic touch of SMART’s Julie Carceller.

The last day of the Society’s Program was spent with a visit to a Drug Rehabilitation Center in Taguig followed by an excellent lunch showcasing Filipino culinary favorites at the splendid residence of power couple Senator Alan Peter and Taguig Mayor Lani Cayetano with an unobstructed view of Laguna de Bay.

Surely, by now, you must be thinking that all we ever did was eat, and that this piece would be better off in this paper’s Food Section. Ahh, but a good meal can be a harbinger of good things, and I would be remiss in not pointing out that we all had good meals which brought out good feelings that eventually make for good relationships.

The US-PS is celebrating its 5th Anniversary this year as the premier non-stock non-profit, non-partisan organization focusing on strengthening bilateral ties between the Philippines and the United States. I can only wish the US-PS more success, far more than what it has gained over the past five years. Its continued existence is a good sign of a new hope for us all.