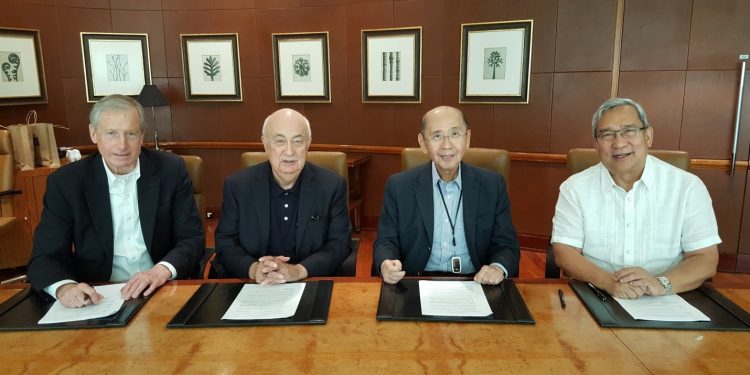 Last Jan. 26, a memorial was held in honor of Dr. Zuellig. I wrote about him in my column on Jan. 27. I believe it is important to cite how former presidents considered him in the context of service to the country. Allow me to quote from their remarks during the memorial.

Remarks of former president Gloria Macapagal-Arroyo: “Dr. Stephen Zuellig was an active member of my international board of advisors when I was president. That he shared my background in economics and applied his practical business sense on what he saw would benefit the majority of Filipinos helped me very much in forming policies on healthcare. That, in addition, to his many manifestations of corporate social responsibility which were attested to by the speakers before me. In appreciation for this work for our country, as president, I awarded him the Order of Lakandula, Grand Cross (Bayani) in 2007.”

Remarks of former president Fidel V. Ramos: “He was as hard-nosed as any businessman worth his salt, yet he was a model of good corporate citizenry, particularly in an industry where public perception has not always been positive. This is a little appreciated fact about Zuellig’s business. They are not manufacturers per se but are in fact, distributors – which means they do not set the price – the manufacturers do. However, their logistics expertise ensures products are delivered as reliably and as cheaply as possible. His philanthropic deeds clearly provided balance to his successful business enterprise, but so has the corporate ethos that he instilled.

Now personally I knew Stephen from a different perspective – a Filipino committed to be of service to his country and to be proud of it.  But what very few people know was about his personal diplomacy that succeeded in recovering $356 million of the so called Marcos hidden wealth despite the labyrinthine processes of the Swiss government……He did it all out of the sense of patriotism for the Philippines.  He did not earn a single centavo, he didn’t ask for any, neither did we give it to him for that singular contribution, unlike other lawyers from elsewhere, I will not mention from where, but mostly from Europe who were given their due in monuments from our government. It was mainly because of his selflessness as a public servant, in his capacity as our honorary consul general in Monaco that I decorated him in March 1998 with the Order of Sikatuna, with rank of Datu which is the highest award that can be given to a civilian…. Let me end by saying this is how we should remember Stephen Zuellig – a selfless public servant, a dedicated patriot, a great Filipino who served with real devotion for his country, our country, our people. Thank you Stephen, thank you also Stephen’s family, for your substantial commitment to the promotion of Philippine national interests.”

Former president Macapagal-Arroyo concluded: We heard from so many today about the good works of Dr. Zuellig. The words expressed today by those who spoke ahead of me remind me of the quote: “What we have done for ourselves alone dies with us; what we have done for others and the world remains and is immortal.”

In sum, it is not just the business community but also past presidents of our country who hold Dr. Zuellig in high regard.

As another example of the ongoing partnership with the Zuellig Family Foundation, a Memorandum of Agreement was signed which will initiate a pilot project in the municipality of Salcedo in the province of Eastern Samar. The objective of the project is 1) to develop an information and education campaign of adolescent sexuality and reproductive health (ASRH) for parents of adolescents and 2) to roll out and document improvements in understanding on ASRH among target parents. The success of this pilot project will trigger replication in other towns. This project is a prelude to reduce the proliferation of teenage pregnancies which is so prevalent throughout the nation.

The US-Philippines Society: A New Hope