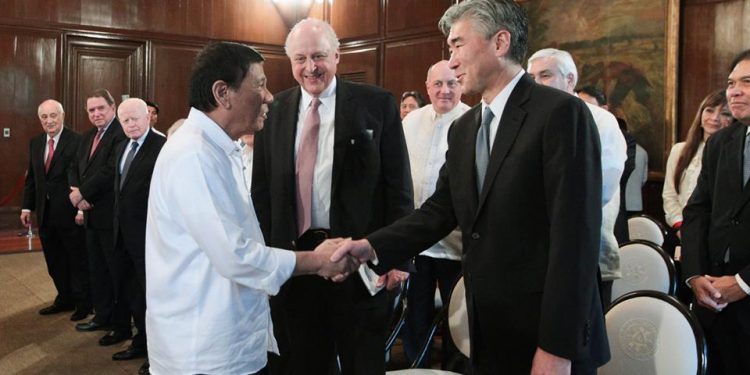 MANILA, PHILIPPINES – Directors of the US-Philippines Society concluded a highly successful five-day business mission to the Philippines on February 24 with a tour of typhoon recovery assistance projects in Tacloban City. 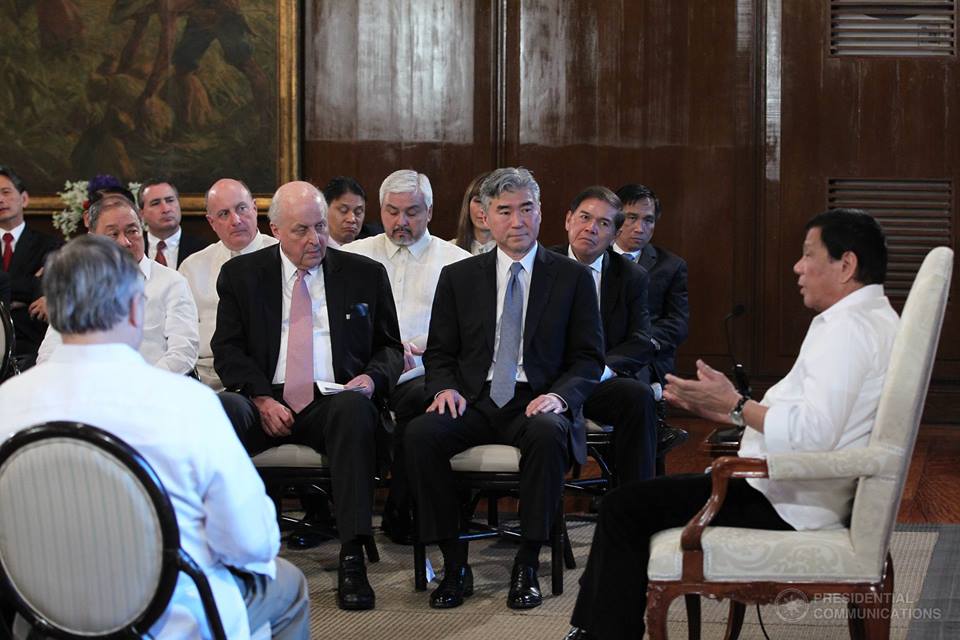 Presidential Communications (Government of the Philippines)’s video of the meeting 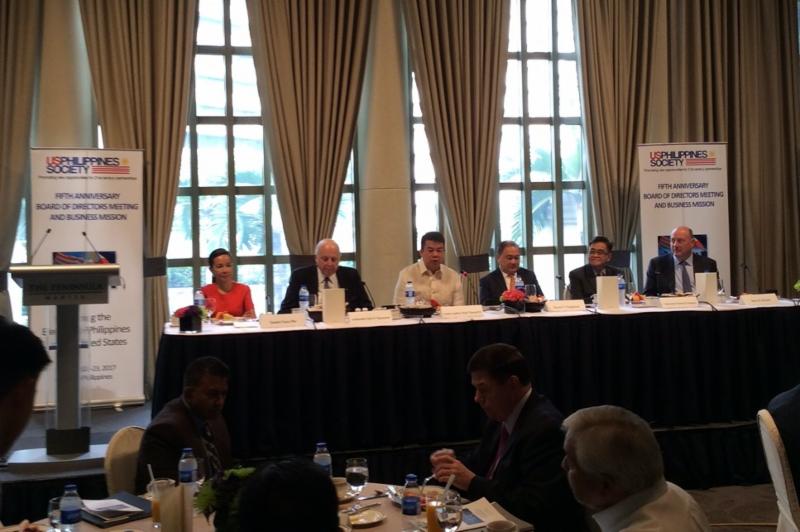 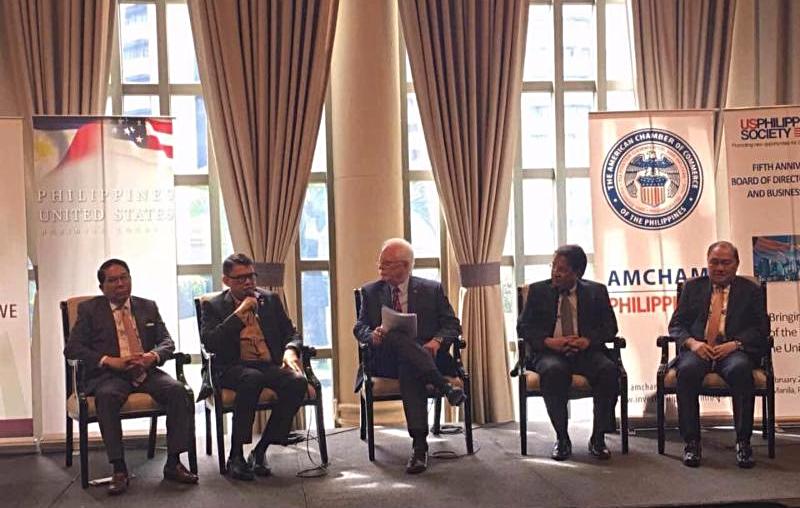 Dr. Cielito Habito provided directors with a comprehensive look at prospects and opportunities for doing business in the Philippines. A blue ribbon panel discussion, led by M.V. Pangilinan, Amb. Jose E. B. Antonio and Jose Concepcion, identified sectors ripe for investment and factors underpinning prospects for sustained growth and development.

Members of the delegation toured a Drug Rehabilitation Center in Taguig on February 23 to better understand public health challenges posed by the Shabu epidemic and to explore ways the Society can assist in areas of education and rehab training. The delegation, led by Ambassadors Maisto and Antonio, met with Senator Alan Peter Cayetano at the DOH facility to learn more about Philippine government coordination of drug rehabilitation programs. 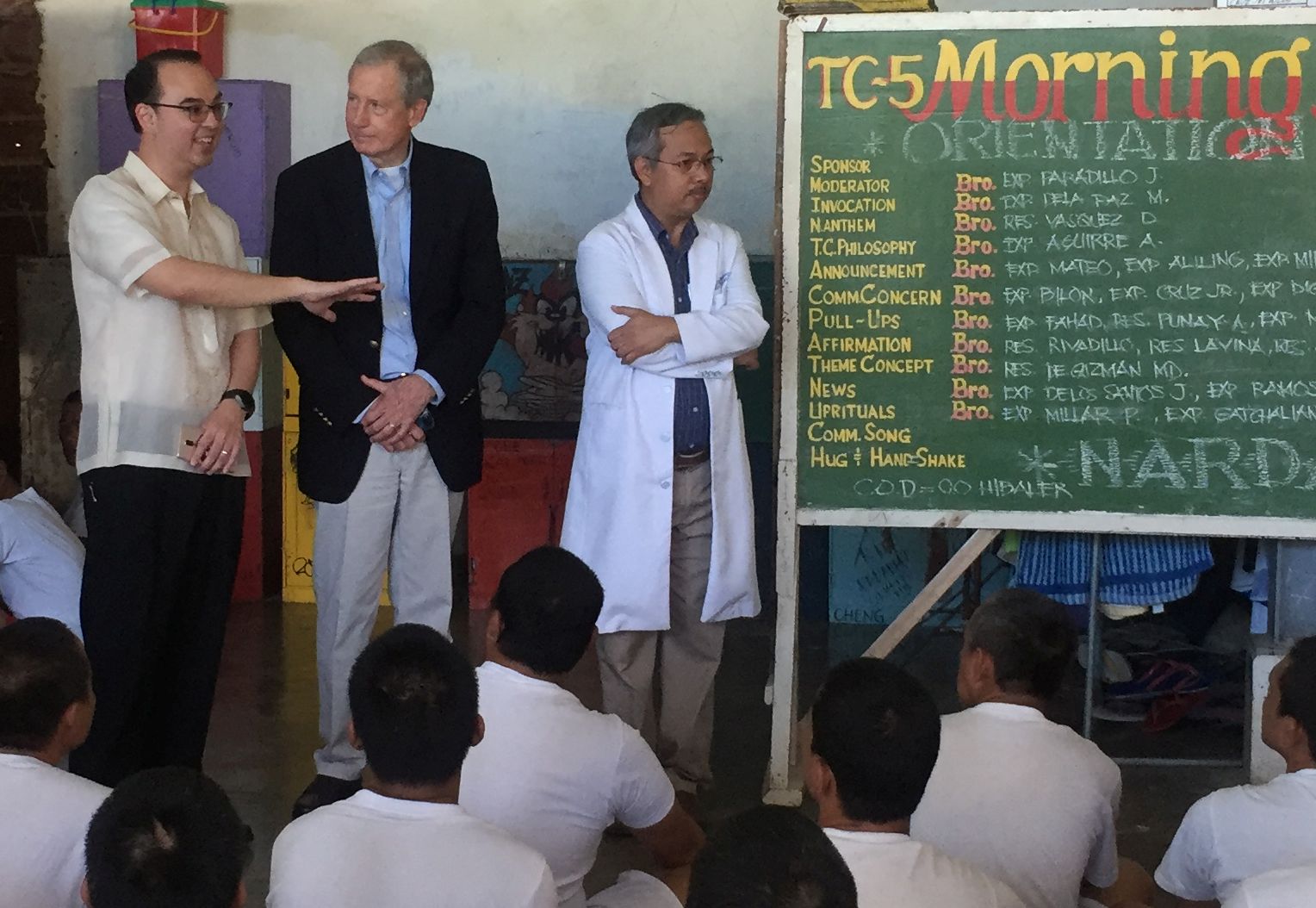 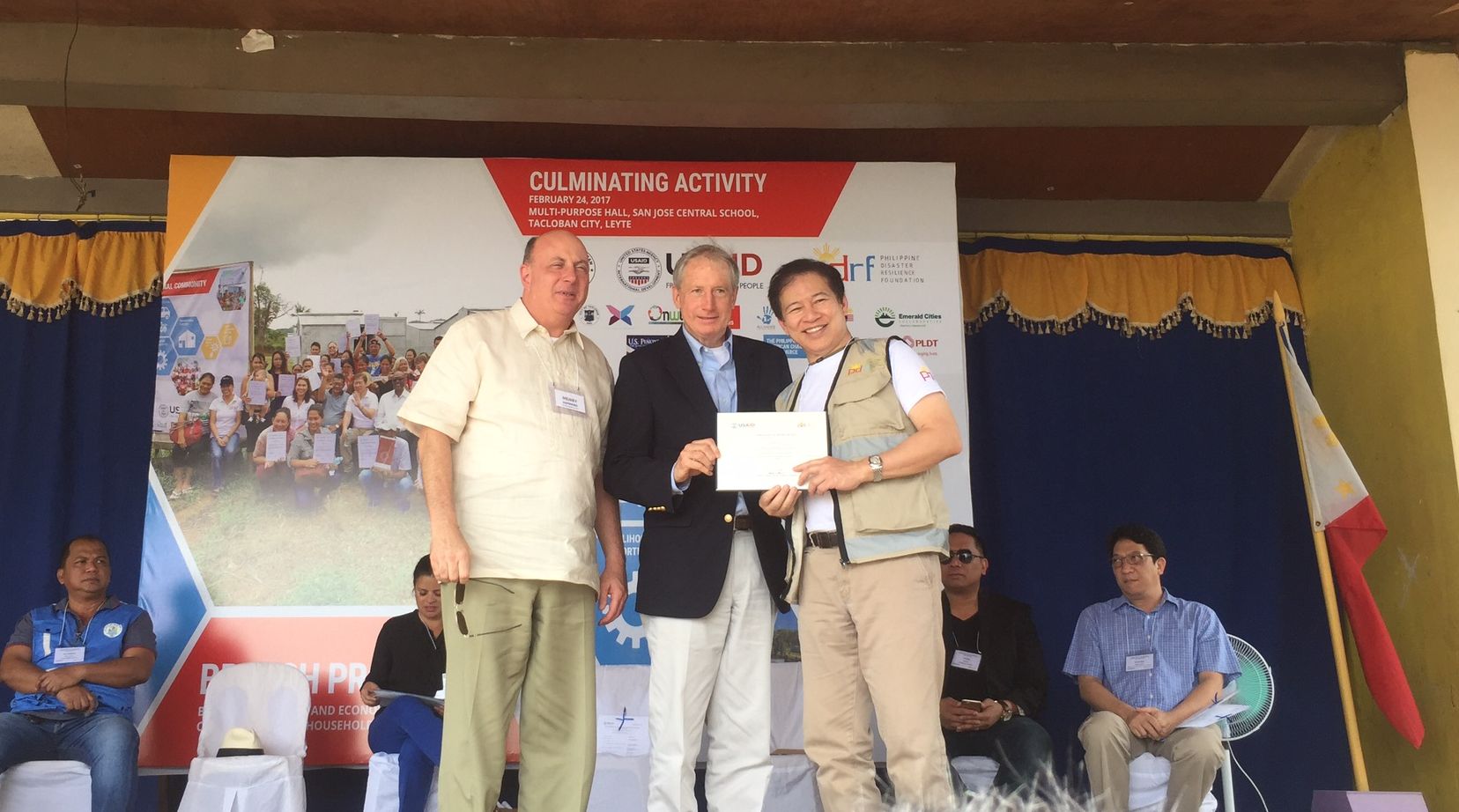 Director Henry B. Howard and Hank Hendrickson accept a Certificate of Appreciation to the Society from PDRF for typhoon recovery assistance, Tacloban, Leyte, 24 February.

The February 24 visit to Tacloban capped a three-year effort by the US-Philippines Society in partnership with the Philippine Disaster Recovery Foundation (PDRF), led by Directors M.V. Pangilinan and Jaime Augusto Zobel de Ayala, to assist victims of Typhoon Haiyan through programs to rebuild schools and housing and to restore livelihoods. Society Honorary Co-Chair Hank Greenberg has been a major donor to recovery programs, reflecting his longstanding support for building human capacity, promoting development and expanding business opportunities in the Philippines.

According to Amb. Maisto, “The comprehensive week-long program has equipped the Society to structure 2017 program planning in a way that reflects modern Philippine realities and opportunities.”