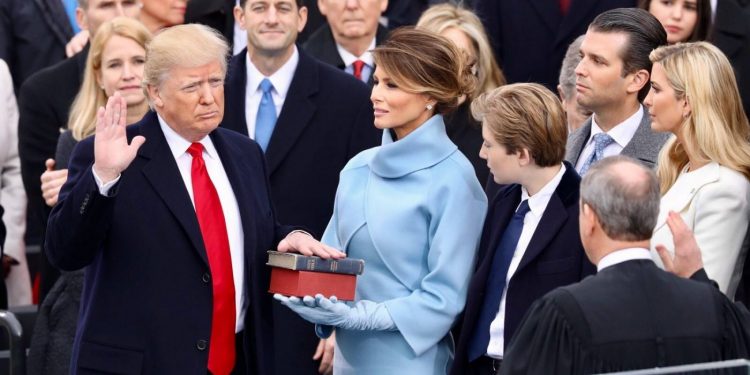 The two Cabinet officials were at the US capital to witness the 58th Presidential Inauguration, with the theme “Uniquely American.”

Secretary Andanar said, “the invitation came at the initiative of a long-time friend of my grandfather, US-Philippines Society founding Director Henry B. Howard.” Andanar reiterated President Duterte’s statement on the 45th US President, “I wish the success of Mr. Donald Trump in the next four years as America’s new Chief Executive. The President looks forward to working with the incoming administration for enhanced Philippines-U.S. relations anchored on mutual respect, mutual benefit, and shared commitment to democratic ideals and the rule of law.”

Earlier, Andanar and Esperon had a series of meetings with American officials and spoke before members of the Filipino-American media on the margins of the President Trump’s inauguration.

Andanar met with the Filipino-American media during the Cabinet officials’ first stop in Los Angeles on January 17.  Topics included the 50th Anniversary ASEAN Summit 2017 to be hosted by the Philippines, and a day-in-the-life of the new Presidential Communications Chief. 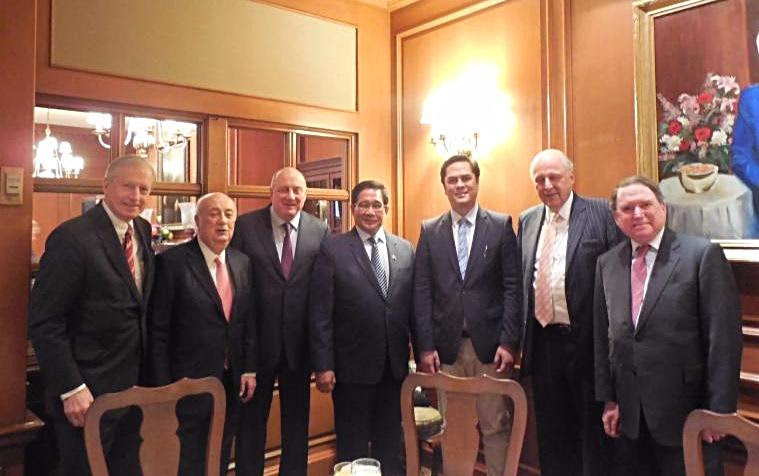 On their second day at the US capital, January 19, the two Cabinet officials had a breakfast meeting with the US Philippines Society headed by former Ambassador and Co-Chair John Negroponte, President and Retired Ambassador John F. Maisto, Executive Director Hank Hendrickson, Director Henry B. Howard, and Director and former Ambassador Thomas C. Hubbard.  In the meeting, Andanar and Esperon discussed President Duterte’s agenda over the next five years of his administration.

Andanar and Esperon Jr. also attended a roundtable discussion on the Philippines at the Center for Strategic and International Studies (CSIS) chaired by Dr. Amy Searight and Henry B. Howard. 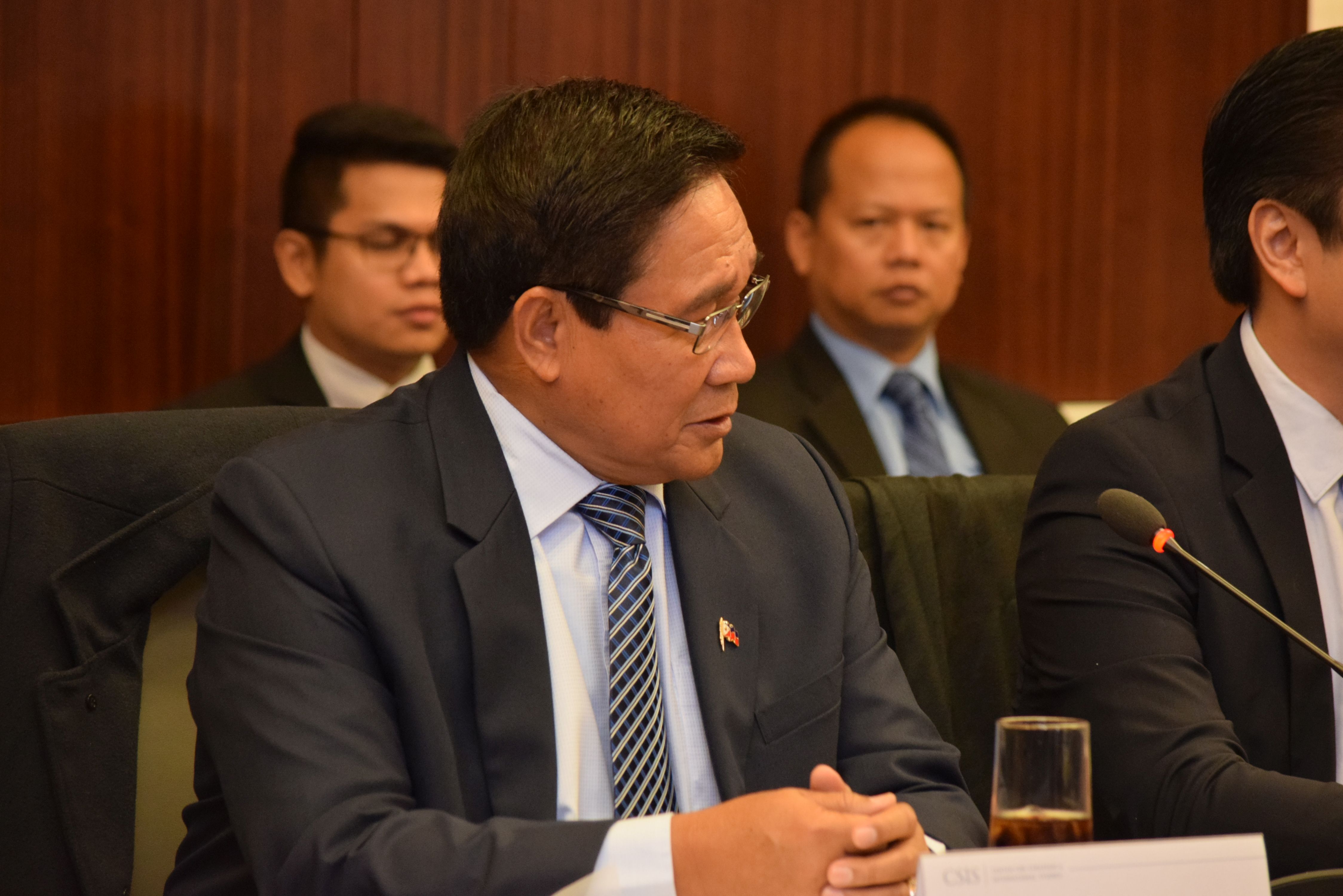 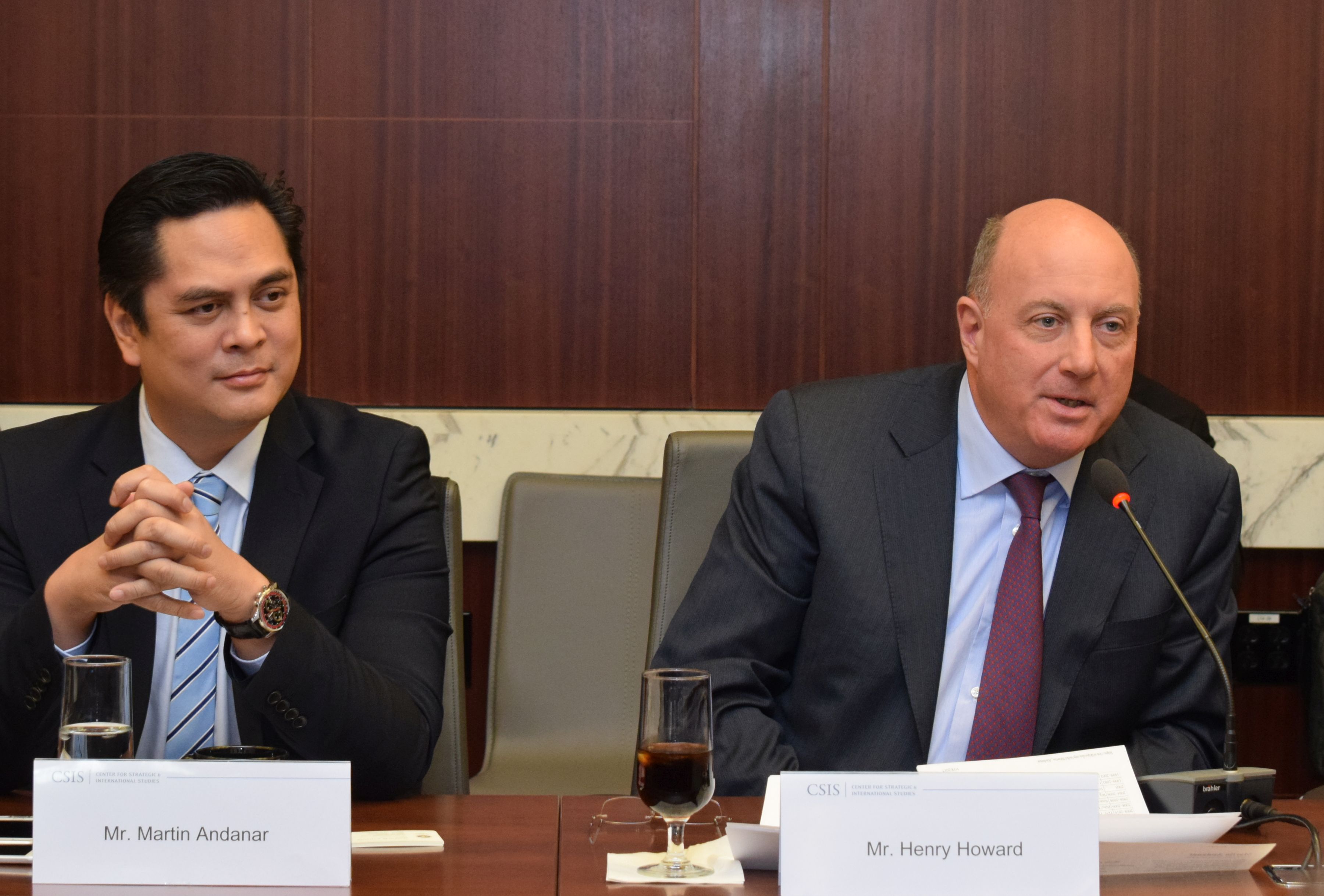 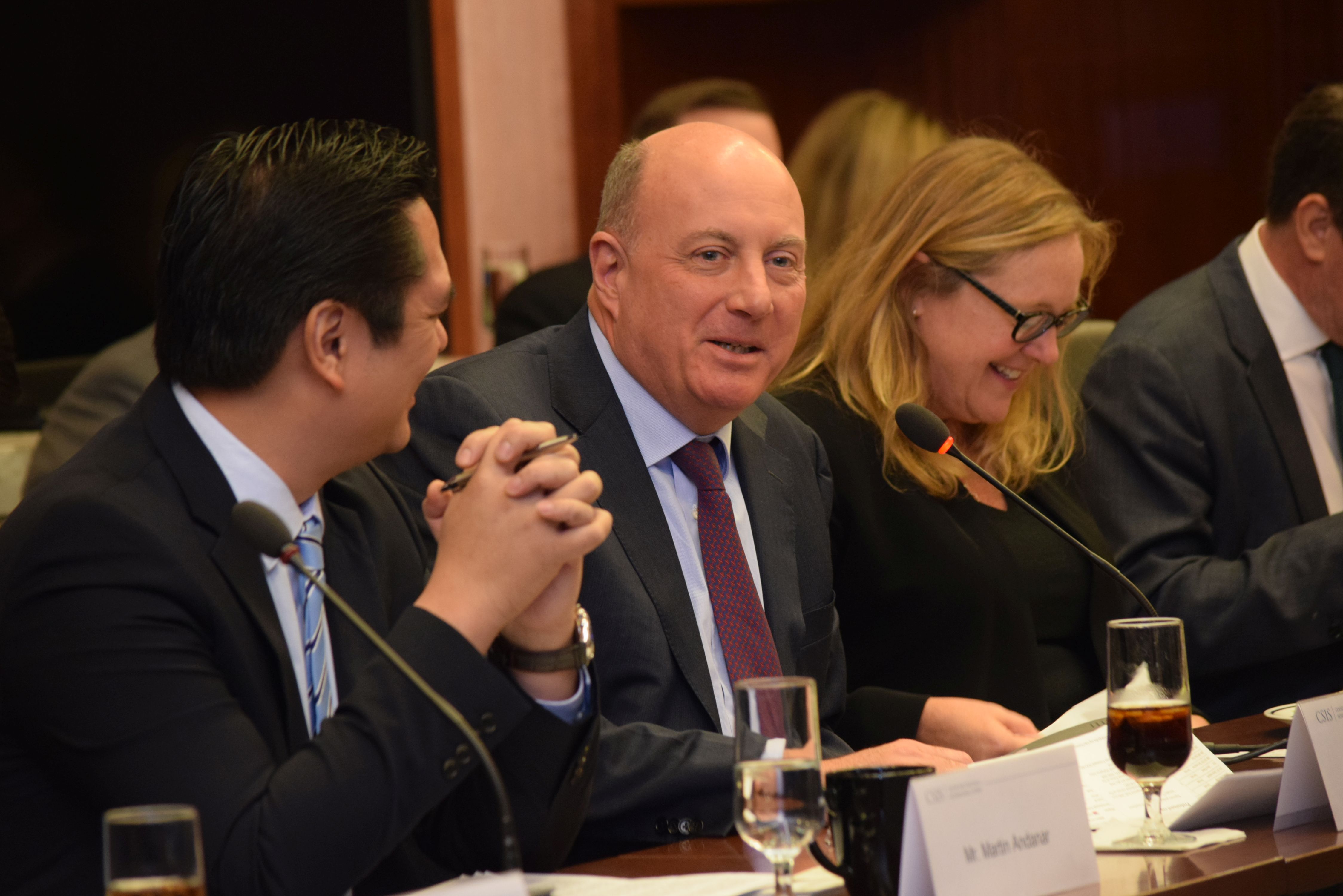 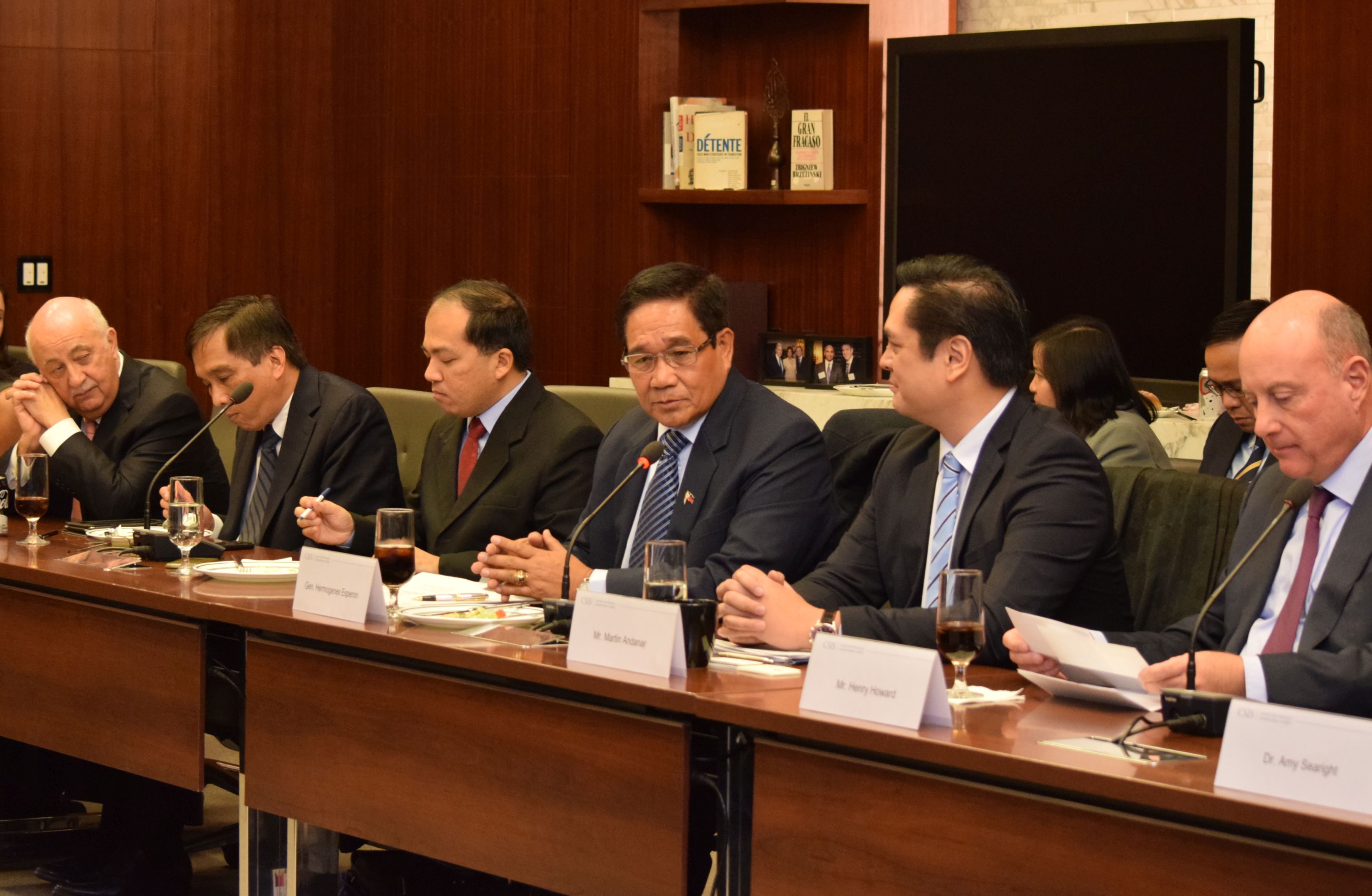 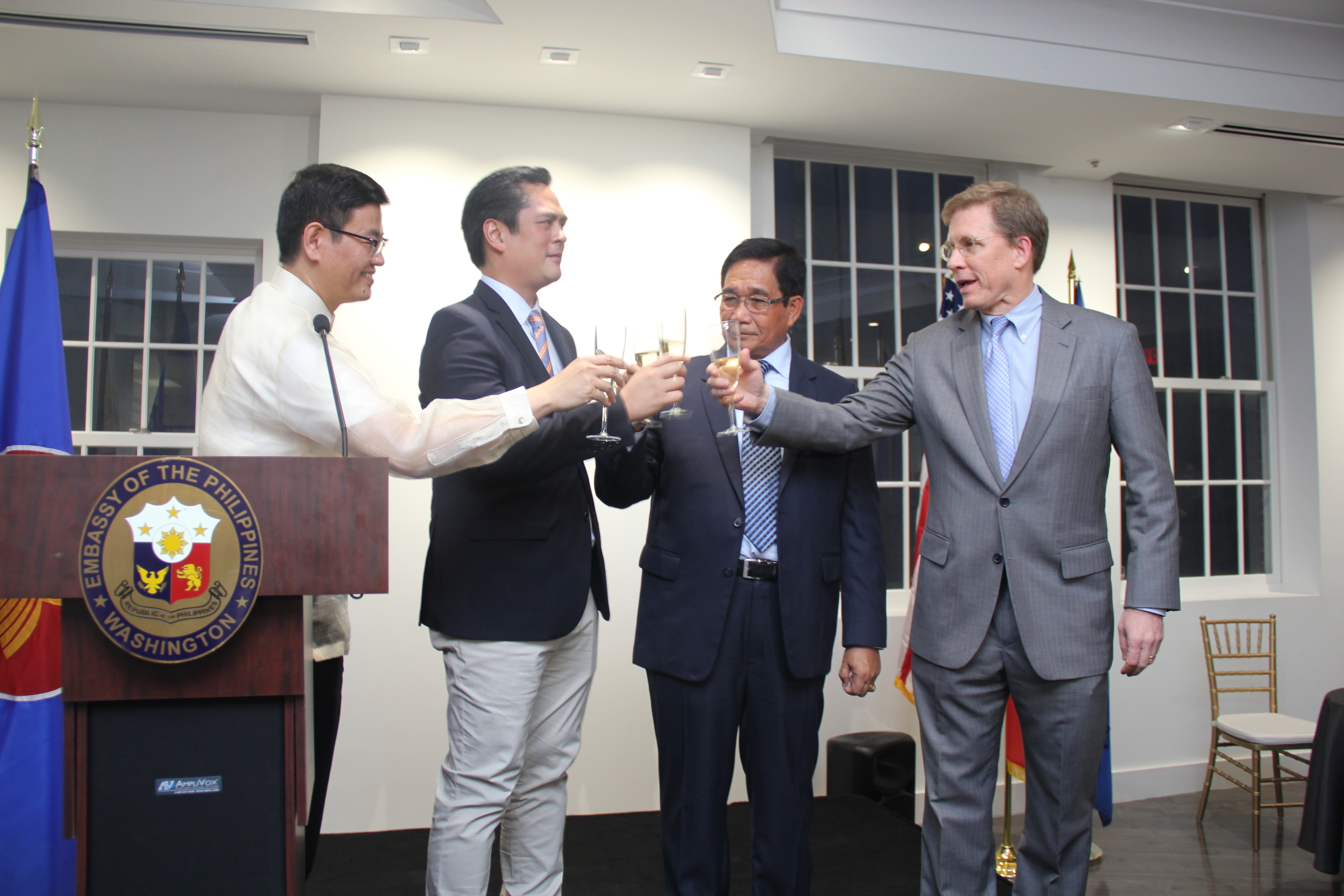 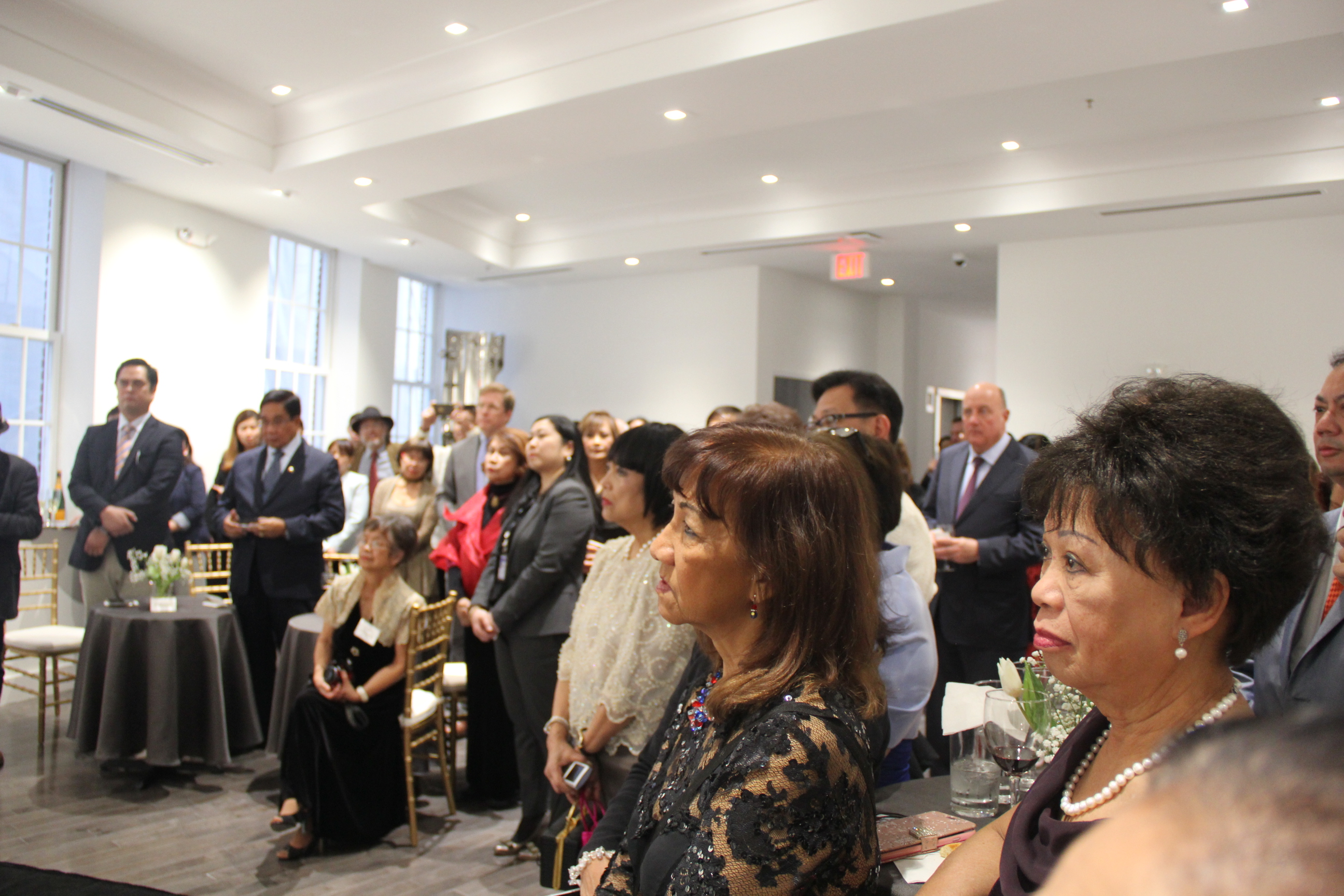 The photo on the left shows Chargé d’Affaires leading the toast to enduring alliance between the U.S. and the Philippines. Members of the Filipino-American community and government officials attended the inauguration reception that concluded with a video showing of the 2017 ASEAN Chairmanship by the Philippines led by President Rodrigo R. Duterte.

US Ambassador Sung Y. Kim: speaking at the Romulo Cafe