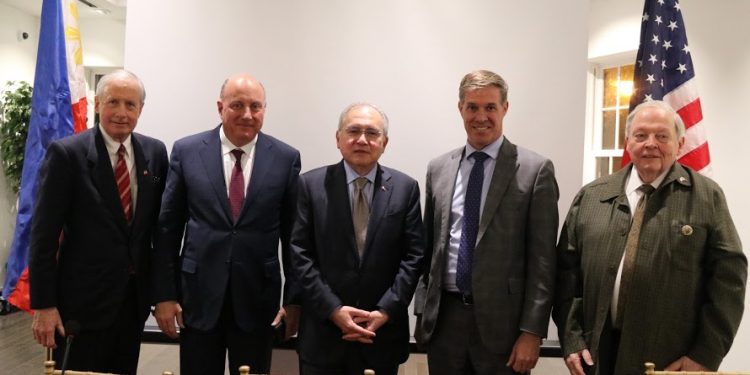 Washington, D.C. – The US-Philippines Society and the Philippine Embassy co-hosted a forum on the “Return of the Balangiga Bells: A Historical Perspective and Significance” at the Philippine Chancery Annex on 22 January 2019.

Admiral McKinnon provided background on the history of the bells, while Henry B. Howard and DASD Felter recounted the dedicated team effort by Filipinos and Americans who worked tirelessly for the bells’ homecoming. 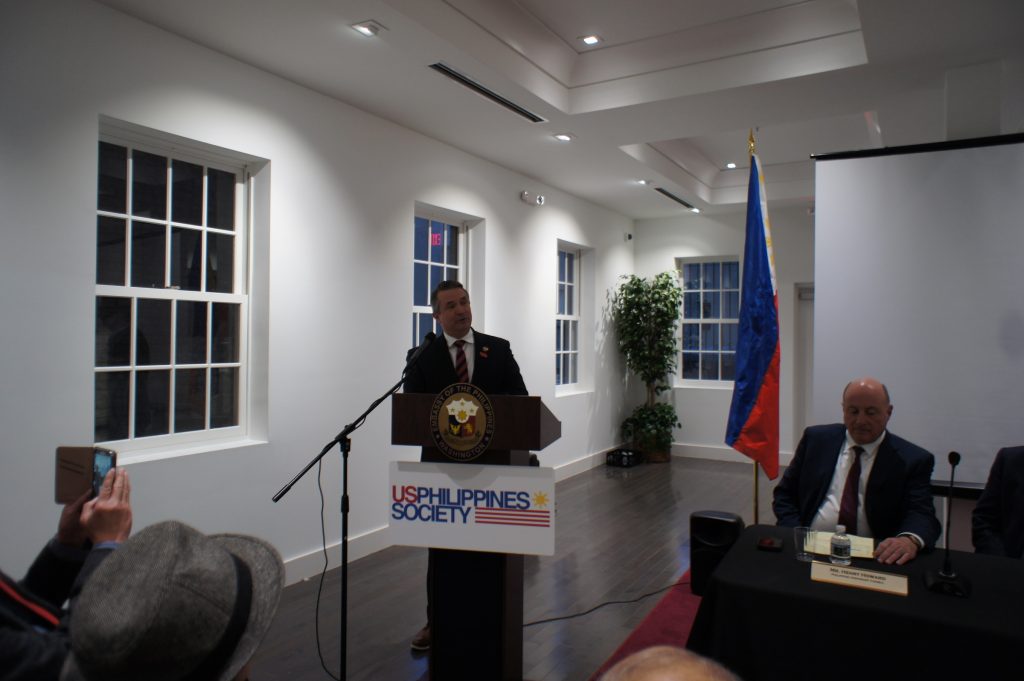 Ambassador Romualdez expressed the Philippine government’s gratitude to the United States for “doing what is right” and further underscored the strong people-to-people ties between the two countries.

“We never forget friends. Once you are a friend of ours, you are a friend forever. The latest survey indicates that 85 percent of Filipinos trust the United States as an ally. We trust that this country will do what is right,” the Ambassador remarked.

“The return of these bells will never be forgotten by the people of the Philippines,” he further emphasized.

“The forum provided an unusually comprehensive and insightful happy-ending account of a successful effort by a committed team of players both inside and outside of government working for years against the odds with many dramatic near-misses along the way. Presentations underscored the significance of the Bells return in addressing a historical grievance, promoting reconciliation, strengthening people-to-people ties and fostering strategic cooperation. The US-Philippines Society and its members were privileged to have played a role in supporting this remarkable initiative,” said US-Philippines Society Executive Director Hank Hendrickson who also served as moderator.

A Q&A session followed the panel presentation, and a simple merienda concluded the program.

The Balangiga Bells were returned to the Philippines at an arrival ceremony in Villamor Air Base, Manila on 11 December 2018. They were handed over to the San Lorenzo de Martir Parish Church in Balangiga, Eastern Samar on 15 December 2018 at a festive ceremony attended by President Rodrigo R. Duterte, who proclaimed that “the homecoming is truly a milestone in the shared and meaningful history of the United States and the Philippines, and heralds a new and more vibrant chapter in our bilateral relations.”