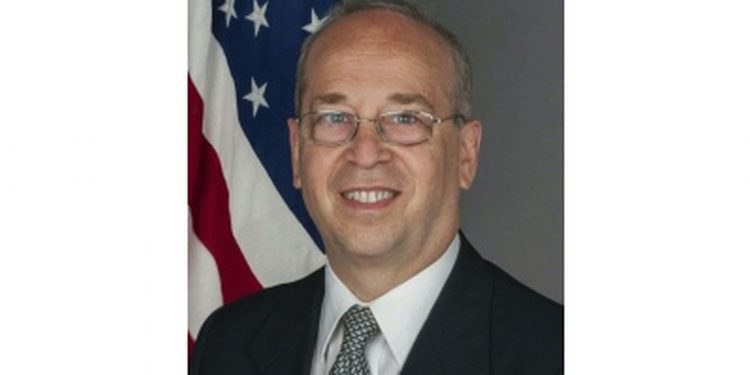 Thank you for the warm welcome.

My colleague from the Department of Defense, Kelly Magsamen, and I just had a constructive meeting with the Foreign Secretary, following up on a phone conversation he held earlier this morning with Secretary Kerry which was also a very productive and constructive discussion.

Now let me begin by saying, I love the Philippines.

And a big part of the message that Secretary conveyed and I conveyed is that there is a deep wellspring of respect and affection between the United States and the Republic of the Philippines. Our roots run deep.

My belief is that those deep roots between the American and Filipino people will ensure stability in our relationship over the long term.

For our part, the U.S. remains a steady and trusted partner, and strong ally. We stand by our commitments, we stand by international law, and we stand by the Philippines.

The U.S. respects the Philippines’ sovereignty and independence. In fact, U.S. training, capacity building, equipment, these are all crucial to protecting the autonomy and promoting the self-reliance of the Republic of the Philippines.

Now, President Duterte already walked back and explained that comment about “separation” with the United States. He described it as a reference to maintaining an “independent” foreign policy.

Well, if “separation” means that the government in Manila makes its own foreign policy decisions based on its own assessment of the Filipino national interests then there is no need for a change.

If it is the policy of the Philippines to honor its constitution and to make its own decision on the basis of autonomy, independence and self-reliance that’s consistent with the way the U.S. and the Philippines have partnered as allies today.

Now, I pointed out to Secretary Yasay that the succession of controversial comments, and a real climate of uncertainty about the Philippines intentions has created consternation in many countries, not only in mine, and not only among governments. There is growing concern in other communities and the expat Filipino community, in corporate boardrooms as well. That’s not a positive trend.

And as I candidly shared with the Foreign Secretary, your friends are concerned about the high loss of life in connection with the counter-narcotics campaign.

Now we strongly support the effort against the scourge of drugs. And I explained the ways the U.S. can and does assist the Philippines in protecting your communities against the illegal drugs flowing into the country from overseas – including by the support of our Drug Enforcement Administration and other agencies. But I also reiterated the importance that we and others place on due process and respect for the rights of citizens as an important part of protecting communities as well.

And the growing uncertainty is bad for business as well. This is a competitive region, and the Philippines’ advantage as a close U.S. partner with strong institutions and respect for laws has served it very well. We think that’s something worth protecting.

Lastly, the Foreign Secretary briefed me about the important visit of President Duterte to China that recently concluded. And I reiterated that the U.S. welcomes a relaxation in tensions between Beijing and Manila.
Secretary Kerry was here in Manila only three months ago and made it clear that we support direct dialogue and negotiations between the Philippines and China — as long as they take place on terms acceptable to the Philippines, as long as they are consistent with international law.

So it’s a mistake to think that improved relations with China must come at the expense of good relations with the United States. That’s not the way we think about it. It should be addition, not subtraction.

So, let me end where I began – by strongly reaffirming America’s enduring bonds of friendship, respect and shared values with the people of the Philippines.

Join the US-Philippines Society. Become a Member. Your Support Matters