Philippine Economy Sustains Growth Momentum into First Half of 2016 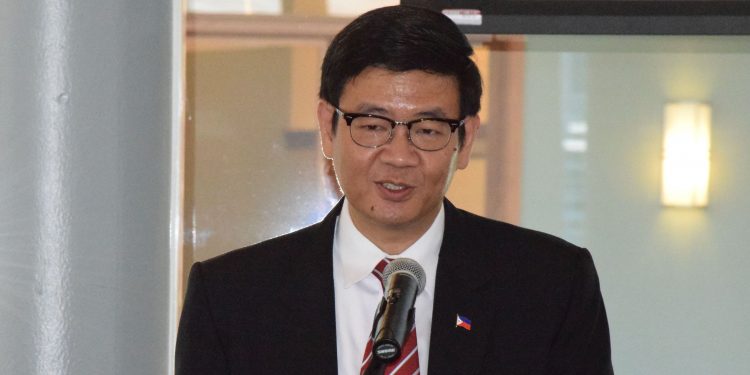 WASHINGTON, D.C.- On September 13, 2016, Philippine Embassy in DC’s Charge d’Affaires Patrick Chuasoto provided a comprehensive mid-year review of the Philippine economy at a briefing held at Georgetown University’s McDonough School of Business. The event drew representatives of American companies, US government officials, diplomats, academics and  members of the US-Philippines Society. Minister Chuasoto pointed to the Philippines as a vibrant Asian democracy, citing the “peaceful transition of government after the May 9 general elections with a historic 81 percent voter turnout.” President Duterte emerged with a clear and strong mandate to pursue his socio-economic agenda. 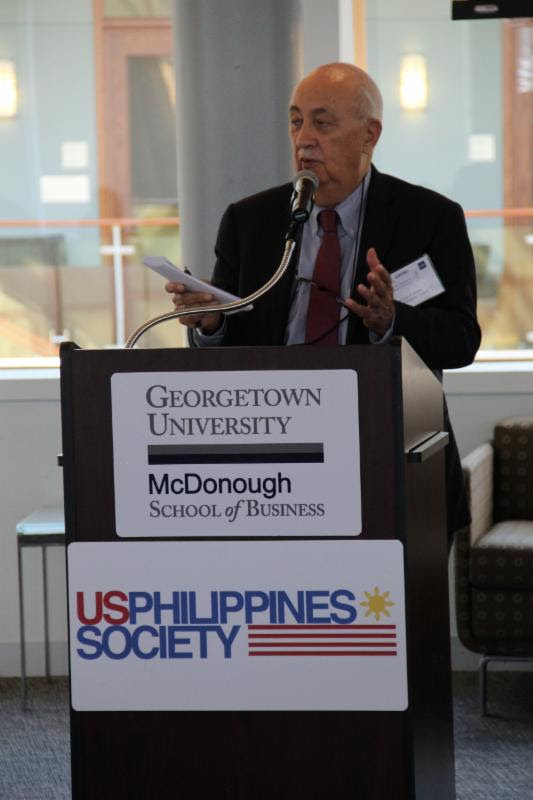 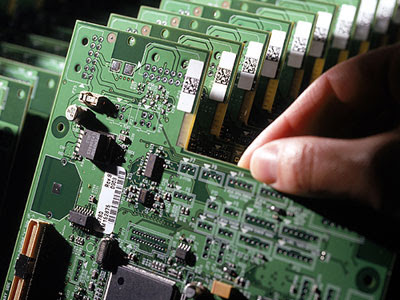 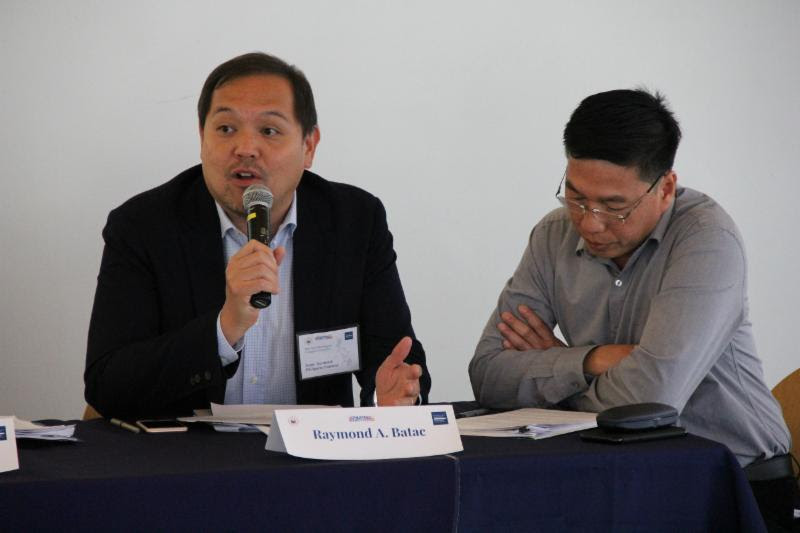 Minister Chuasoto credited the Philippines’ sound macroeconomic policies, prudent public finance management and good governance as the foundation for sustained economic growth in 2016 measured in annualized GDP growth of 6.8 % in Q1 and 7.0% in Q2. Among Asian emerging economies, the Philippines had the second fastest growing economy, topped only by India at 7.1%, and followed by China at 6.7%. Economic activity for the second half of 2016 remains on track with market expectations.

The service sectors (retail, real estate, and tourism-related services) led the expansion at 8.1% growth and the industry sector (manufacturing, construction and utilities) at 7.8%. Within industry, the manufacturing sector posted increasing production volume. The agriculture sector with lingering effects of the El Nino weather phenomenon posted declines.

Citing NEDA reports, Minister Chuasoto described Philippine goods and services import performance as Asia’s best due to increased purchases of capital goods and durables. In contrast, exports slowed down by 6.6% due to sluggish global demand. Major Philippine exports include electronics and electrical goods mainly to the United States.

The United States is the Philippines’ largest contributor of Foreign Direct Investment in capital equity with US$731 million in 2015. Japan ranked second registering US$388 million. Among ASEAN nations, the Philippines lagged in FDI net inflow.

Overseas Filipino workers’ (OFWs) remittances originating from the United States, its largest source, registered at US$10.114 billion in 2015. Overall, personal remittances for the period January to June 2016 rose by 3.2 percent year-on-year to reach US$13.19 billion based on BSP estimates. 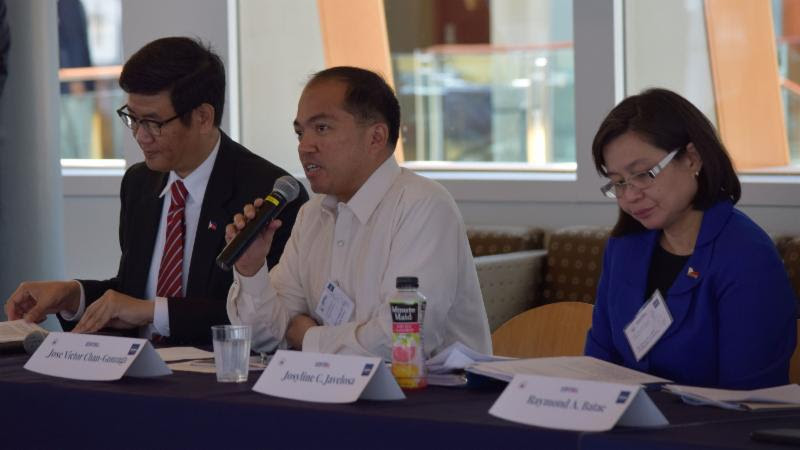 Minister Chuasoto outlined opportunities for trade between the Philippines and the US in priority sectors: infrastructure, IT-BPM particularly in the healthcare sub-sector, tourism, and manufacturing. He described pro-business legislation enacted to ensure a level playing field, fair competition, and business transparency. Legislation included the Philippine Competition Act, Amendment of the Cabotage Law, Customs Modernization and Tariff Act and the Creation of the Department of Information and Communications Technology (DICT).

The Minister gave an overview of the Duterte Administration’s 10-Point Economic Agenda that was crafted by an economic team led by Finance Secretary Carlos Dominguez III. It was unveiled at a two-day economic forum to business representatives in Davao City in June. Since its release, Philippine stakeholders including business, the academe, and members of Congress expressed support for the plan. The plan builds on the previous administration’s priorities but with a focus on agriculture, micro-, small and medium enterprises to ensure quality broad-based inclusive growth.

The new administration aims to expand growth to mega-cities outside of the Metro Manila capital region and also into rural areas through rural agro-industrial development. The President advocates a human capital approach to development, ensuring access to health insurance and quality K-12 education for all, and cutting government red tape and bureaucracy in social services.

In his closing remarks, US-Philippines Society President Ambassador John F. Maisto noted that private sector investors are encouraged by the Philippines’ positive economic direction. The Ambassador remarked that “the Mid-Year Business Update demonstrated in clear and comprehensive terms why the Philippine economy ranks among the most robust in Asia. The presentation also revealed the Duterte Administration’s commitment to build on the country’s solid macroeconomic fundamentals and ease impediments to investment in order to make the Philippines even more attractive to U.S. business and to provide more inclusive growth, including in the agricultural sector.” 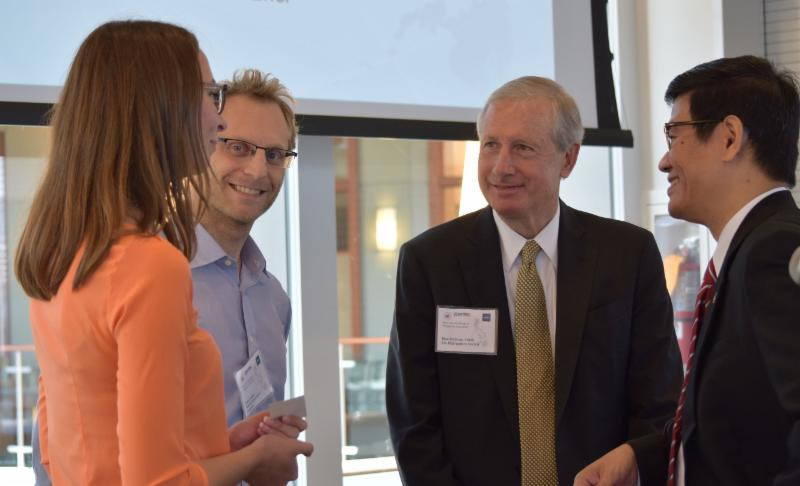 There Goes an Institution