In the 40 days since the passing of Roberto R. “Bobby” Romulo, family and friends from around the world have paid tribute by remembering Bobby for a life of true consequence and an enduring legacy.

US-Philippines Society Co-chair Manuel V. Pangilinan described him as one of the most durable figures of our time, a successful businessman, respected statesman, and true patriot of the Philippines. Mr. Pangilinan observed that Bobby was unique in bridging the worlds of business and diplomacy, an advocate for globalization and leading practitioner of economic diplomacy, who wanted better access for the Philippines to technology, investments, and markets – but above all, he said, Bobby was a champion of democracies. Co-chair Pangilinan put into words the thoughts of so many people saying, ”Bobby was strong; he was brave and unyielding in his principles and unafraid to express his convictions — his shadow will be long and timeless.”

Bobby Romulo earned tremendous respect from the many Americans who knew him, and who shared his vision of the benefits of a solid and mutually supportive U.S.-Philippines relationship amid global change. Society Co-chair Ambassador John D. Negroponte, who worked closely with Bobby in both public and private sector life, remembered Bobby as “absolutely indefatigable” and deeply valued as a “wise counsel” to all around him. US-Philippines Society President Ambassador John F. Maisto knew Bobby as a “man for all seasons” and came to appreciate Bobby’s commitment to improving maternal health conditions for Filipinas, especially in rural areas. John directed the Society’s partnership with Bobby through his role as head of the Zuellig Family Foundation in rebuilding maternal health facilities in Samar in the wake of Typhoon Haiyan and channeled follow-up support for the ZFF after 2014 from donors in the United States. John said that Bobby’s work in the health sector and his post-Haiyan advocacy for building resilience against natural disasters represent two vital aspects of the “Romulo legacy.”

Ambassador Thomas C. Hubbard came to rely on Bobby’s “impeccable judgment of people and issues.” Bobby and Tom worked together in business and government over many years. Looking back, Tom recalls with special fondness his collaboration with Bobby on the creation of the US-Philippines Society. During a meeting in Manila just over a decade ago, Tom and Bobby shared concerns that in spite of the importance of the U.S.-Philippines relationship, there was no sort of private non-government organization specifically designed to raise awareness of the relationship in all its manifestations, from cultural, to historical, to business, to policy, as well as to just channel the friendship.

Bobby and Tom fleshed out their ideas and sought support from former high level officials and business people from both countries to create an institution that was launched in May 2012 as the US-Philippines Society. Recalling that writing was one of Bobby’s best skills, Tom marveled that within hours of their meetings with core supporters, Bobby had set forth terms of reference as a foundational document for the proposed organization. In this pivotal role Bobby proved himself once again a “practical visionary.” Tom and the Society’s other founding members, including Ambassador Joey Cuisia who was a real leader in pulling together both Filipinos and Americans, know that Bobby would be happy that the US-Philippines Society is celebrating its tenth anniversary, just part of the rich legacy left by our friend and founder Roberto R. Romulo.

This remembrance is dedicated to Bobby and the remarkable Romulo family for their contributions over nearly a century in shaping the unique and enduring relationship between the Philippines and America, and strengthening ties between the peoples of our two nations. 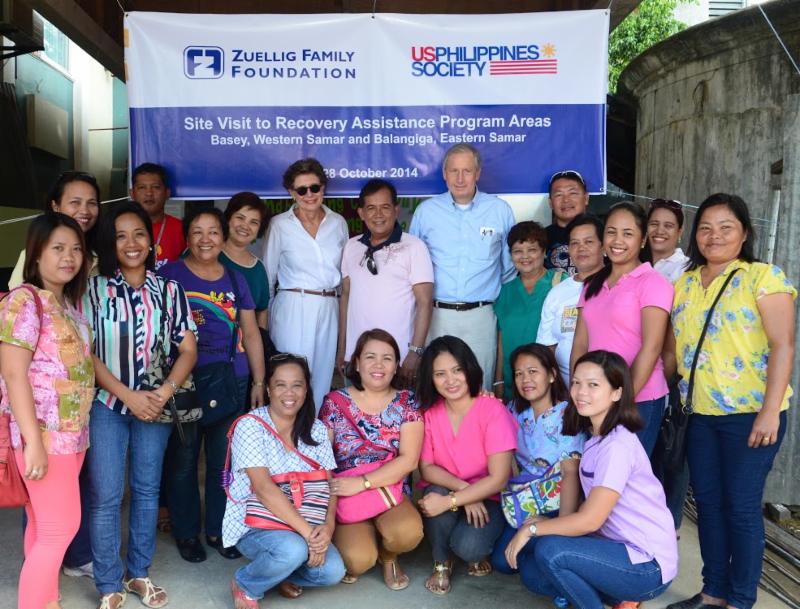