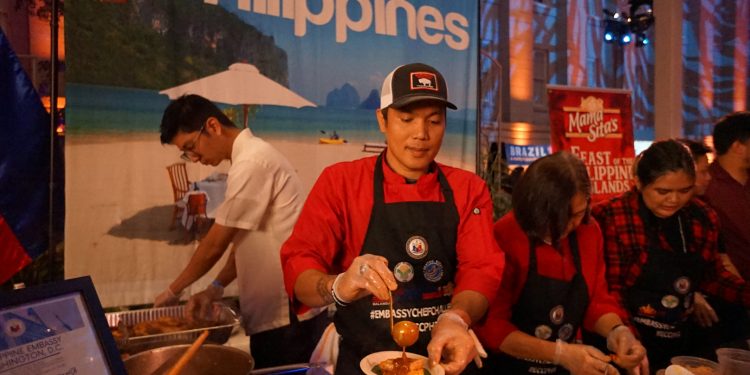 Washington, DC – Thirty-seven embassy chefs from around the world showcased the unique flavors of their countries in a friendly culinary competition. Representing the Philippine Embassy and Sentro Rizal Washington DC, Chef Erwin “Wing” Villarias prepared Chicken Inasal (roasted chicken) with rice and paired with ube-based drink Majin Ube. The Filipino dish was the favorite dish by attendees who cast their votes and was declared the First Place winner of the People’s Choice Award at the end of the program on October 13 at the Smithsonian American Art Museum.

Chef Wing is a rising Filipino Chef who was featured in the Washington Post, Arlington Magazine, and Washington City Paper. From his humble beginnings in his hometown Roxas, Palawan, his hard work and perseverance paved the way as he entered the culinary scene in the culturally diverse city of Washington D.C. Inspired by his mother’s home-cooked meals, he has always dreamed of opening a restaurant. In the midst of the pandemic, his Filipino pop-up restaurant Balangay DC named after the traditional Philippine voyaging ships became a reality in September 2021.

Chef Wing wanted to bring a new and creative food experience while keeping a mostly traditional cuisine in crafting this recipe that featured chicken marinated in lemongrass, coconut milk, garlic and ginger sauce, and served with toasted garlic rice, pickled papaya, fried enoki mushroom and chili. He plated the dish with a round thin layer of rice over a fresh banana leaf and topped with chicken offering a different texture and balanced flavor.

“The people have spoken. It is no exaggeration to say that Filipino cuisine is coming of age in America, and the Embassy happily greets the local community’s cultural curiosity about the Philippines and our cuisine. Because of the growing number of Filipino-Americans, the United States is learning more about our flavors and culture, and they love it.” Ambassador Jose Manuel G. Romualdez said in a statement.

The US-Philippines Society was pleased to be a supporter of the Philippine Embassy’s participation in this competition that highlighted Filipino food for the Washington audience. The winning dish is served in Balangay Restaurant located at 1341 H St NE, Washington DC. They are open evening hours, Tuesday through Sunday.

The culinary event attendees were entertained with performances of music, art and dance, by representatives from the Embassies of Azerbaijan, Barbados, Brazil, Indonesia, Philippines and Serbia. The Philippines featured dances that represented the three major island groups of the Philippines: Basket Weavers Dance (Luzon), Pangalay Dance (Mindanao), and Tinikling Bamboo Dance (Visayas) performed by members of the Migrant Heritage Fil-Am Dance Ensemble and Mabuhay. 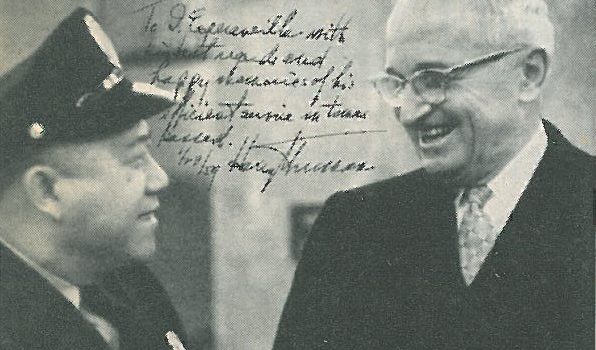