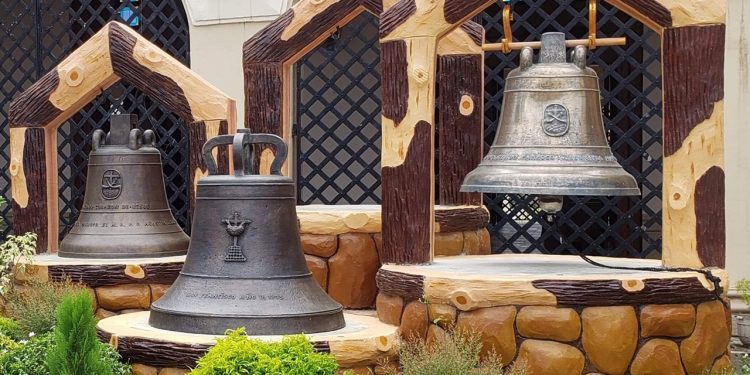 On June 1, 2021, the Philippine Senate adopted RESOLUTION 653 “Expressing the Profound Gratitude of the Senate of the Philippines for the Return by the United States Government of the Balangiga Bells and Recognizing the Efforts of those who facilitated its return.”

In his sponsorship speech, Senator Gordon stated that “it is time to honor the people who were behind the return of the Bells…Americans who were unceasing and relentless in trying to get the Bells out in Wyoming and in South Korea.”

“For what is important is the lingering friendship and continuous training …based on a relationship among equals,” Senator Gordon added.

Following is a copy of the resolution as filed and previous selected press releases leading to the the December 2018 Bells’ handover at Villamor Air Base, Manila and the Ceremonial Turnover to the San Lorenzo de Martir Parish Church  Eastern Samar. 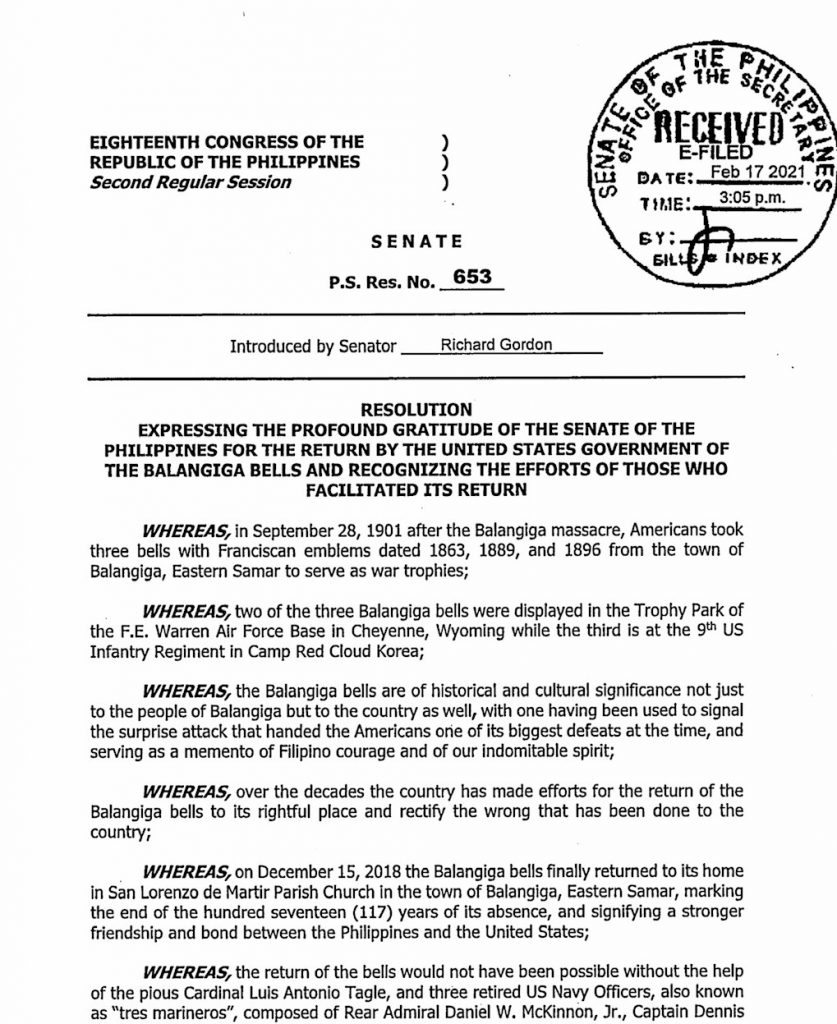 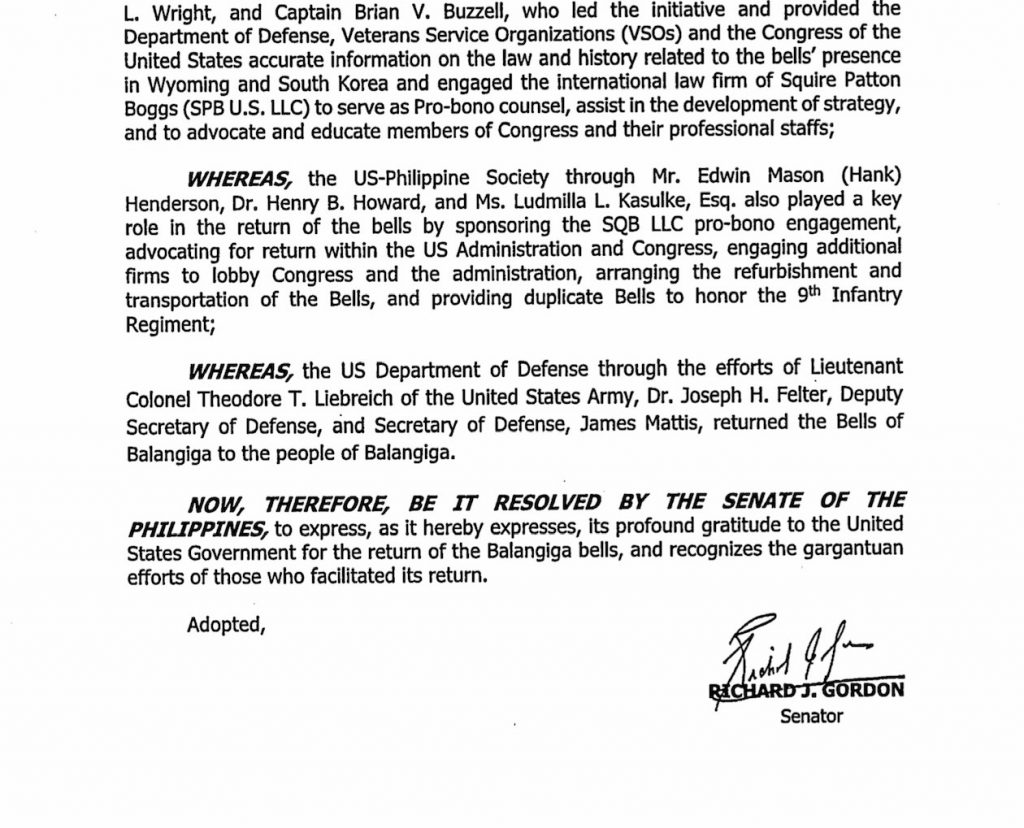 The Return of the Balangiga Bells

On December 11, 2018, at the direction of Secretary James Mattis, the U.S. Department of Defense turned over the three Balangiga bells to the Department of National Defense (DND) of the Philippines at Villamor Air Base, Manila. On Saturday, December 15, the DND turned over the bells to San Lorenzo de Martir Parish Church, Samar, 117 years after these were removed from the church belfry in 1901 during the Philippine-American War.

The return followed years of effort by both Americans and Filipinos to repatriate the bells. The work of US-Philippines Society founding directors Honorary Consul Henry B. Howard, Dennis Wright, Ambassador Frank Wisner, and the pro-bono work of Squire Patton Boggs, and Society members, Adm Daniel McKinnon and Brian Buzzell, among others, was instrumental as part of a team effort to pave the way for the successful and historic bells’ return to their church in Balangiga.

US-Philippines Society Director Henry B. Howard, as cited in the Philippine Senate Resolution, made a pivotal contribution to the return of the Bells of Balangiga. He built on decades of activism and the historical research of Amb Raul Rabe, Adm Dan McKinnon, Captain Dennis Wright and Captain Brian Buzzell. Mr. Howard developed and coordinated strategies enabling the Secretary of Defense to authorize the bells return under the 2018 Defense Authorization Act.

Mr. Howard’s personal initiative and generosity reflected his commitment to ensure that the Bells would finally return to their home in Balangiga. He arranged for the refurbishing of the original bells and for the forging of replicas as an important gesture to replace those repatriated to the Philippines from Wyoming and South Korea. He personally covered refurbishing, shipping, and transportation costs, including flights for key supporters to the bells return ceremony in Wyoming with Secretary Jim Mattis. Mr. Howard took the initiative to provide plaques memorializing Sec Mattis’ speech in Wyoming to F.E. Warren AFB and the Philippine Embassy to enshrine the bells return in history.

For his crucial role and extremely generous personal financial support for the bells return, directors of the US-Philippines Society recognized Mr. Howard at their 2019 Board Meeting in Manila, where he was presented with the annual Carlos P. Romulo Award by the Society board for his Balangiga Bells work.