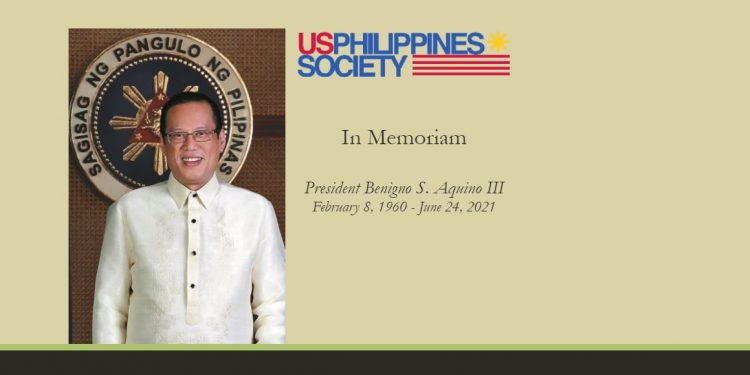 The US-Philippines Society mourns with Filipino-Americans and Filipinos worldwide on the passing of the 15th Philippine President Benigno Simeon Aquino III, age 61, and joins with Americans of all backgrounds in conveying sincerest condolences to the Aquino family. The late President Aquino will be remembered for promoting thoughtful strategic policy engagement with the United States that strengthened bilateral ties, while robustly defending his country’s interest in the West Philippine Sea. We also remember and value President Aquino’s support for the US-Philippines Society, which was launched during his visit in Washington DC on June 7, 2012.

Benigno Aquino was the son of political leader Benigno Aquino Jr. and President Corazon Aquino. After completing a Bachelor of Arts with major in Economics in 1981, he joined his family in exile in the United States and returned to the Philippines in 1983. His political career began in 1998 in the House of Representatives and later, in the Senate. He was elected President in the 2010 elections and was inaugurated on June 30, 2010.

Aquino was conferred numerous honorary degrees including an Honorary Doctorate in Economics by Fordham University and Honorary Doctor of Humane Letters Degree by Loyola Marymount University.

In an official statement, the family of the late former President Aquino described his dedicated service to the Filipino nation with honesty and dignity until the end. He died peacefully in his sleep after a prolonged illness. 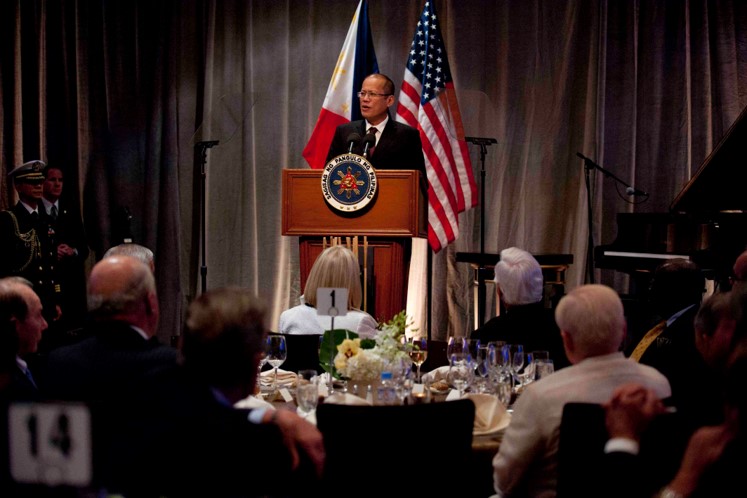