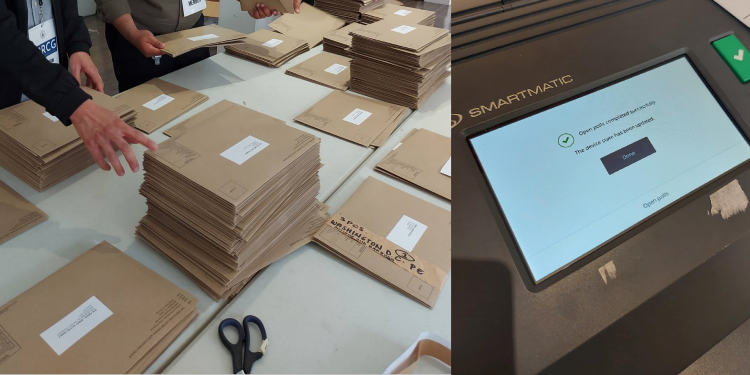 Winner(s) Take All?  What the May 9th Election Means for the Philippines and the U.S. Role in Southeast Asia

On May 9th Philippine voters will choose a new president, vice president (elected separately from the president), and half of the Senate. After six years of controversial rule by populist President Rodrigo Duterte and periods of erratic relations between Manila and Washington, Filipinos have an opportunity to set a new course both domestically and in national security affairs. But the front-runners in the presidential and vice-presidential races – former President Ferdinand Marcos’ son Bong-Bong and President Duterte’s daughter Sara — raise questions about how much change is likely. Observers will be gauging public reaction to election results following a comparatively peaceful and serious election campaign and assessing the extent to which Philippine politics may be headed in new directions.

Our seminar will preview the election and consider what the likely outcome will mean for the Philippines and the U.S. What are the candidates saying about domestic policy and foreign relations? What voter trends have public opinion polls identified? If Ferdinand Marcos, Jr. and Sara Duterte are elected president and vice president, respectively, what role will family play in how they govern? What will be the impact on U.S. plans and policy in Southeast Asia? We will ask a panel of experts to discuss these and other questions:

Henry B. Howard
Consul a.h. of the Republic of the Philippines, State of Florida
US-Philippines Society Director

Sam Chittick oversees the Foundation’s programming in the Philippines, focused on supporting economic growth, strengthening justice and the rule of law, fostering peace and development, and improving governance. He leads a large country team with offices in Manila, Cotabato and Zamboanga, and engagements with a wide range of Philippine and international partners.

Sam Chittick has deep expertise in a number of the core areas of Foundation work, including governance and decentralization; peace, security and conflict; local economic development; and human rights and the rule of law. Over the last twenty years he has worked within and alongside a range of development organizations, including the World Bank, Australian Aid, the United Nations, GIZ, and non-government organizations in 14 countries across Asia and Africa, eight years of which were in the Philippines. In his last role before joining the Foundation, he served as a Conflict, Security, and Development Consultant for the World Bank in Washington, D.C., while working on peace in southern Philippines, forced displacement challenges in Afghanistan, and development challenges in Thailand’s southern provinces. 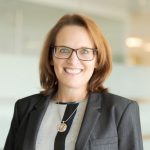 Lisa Curtis is a Senior Fellow and Director of the Indo-Pacific Security Program at CNAS. She is a foreign policy and national security expert with over 20 years of service in the U.S. government, including at the National Security Council (NSC), CIA, State Department, and Capitol Hill. Her work has centered on U.S. policy toward the Indo-Pacific and South Asia, with a particular focus on U.S.-India strategic relations; Quad (United States, Australia, India, and Japan) cooperation; counterterrorism strategy in South and Central Asia; and China’s role in the region.

Curtis served as deputy assistant to the president and NSC senior director for South and Central Asia from 2017 to 2021 under three successive national security advisors. During her tenure at the NSC, she coordinated U.S. policy development and implementation of the South Asia Strategy approved by the president in 2017 and was a key contributor to the Indo-Pacific Strategic Framework, which included expanding Quad security cooperation. She coordinated policies designed to strengthen the U.S.-India defense, diplomatic, and trade partnership, resulting in a widely recognized elevation of the relationship. Curtis also coordinated development of the U.S. strategy toward Central Asia, to include facilitating new partnerships with Uzbekistan and Kazakhstan. Curtis received the Secretary of Defense Medal for Outstanding Public Service in December 2020 in recognition of her work at the NSC.

From 2006 to 2017, Curtis was senior fellow on South Asia at the Heritage Foundation, where her responsibilities included research, writing, regular media appearances, and frequent Congressional testimony. She also served as a professional staff member on the Senate Foreign Relations Committee, handling the South Asia portfolio for former chairman of the committee, Senator Richard Lugar (R-IN), from 2003 to 2006. Before that, she worked as a senior advisor in the South Asia Bureau at the State Department, where she developed and coordinated U.S. policy on India-Pakistan relations. In the late 1990s, she worked as a senior analyst on South Asia at the CIA, and from 1994 to 1998 served at the U.S. embassies in Pakistan and India.

Curtis has published commentary in Foreign Affairs, Foreign Policy, The National Interest, CNN.com, NPR.org, and other media outlets. She has made multiple appearances on CNN, Fox News, BBC, PBS, MSNBC, and C-SPAN. Curtis received a bachelor of arts degree in economics from Indiana University in December 1990. 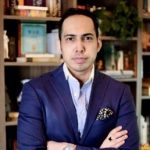 Richard Javad Heydarian is an Asia-based academic, author and policy adviser. He has delivered lectures at the world’s leading universities, including Harvard, Stanford, Columbia, Johns Hopkins, and Leiden University, and was previously a Visiting Fellow at National Chengchi University (Taiwan), and an Assistant Professor in political science at De La Salle University.

As a columnist, he has written for the world’s leading publications, including The New York Times, Washington Post, The Guardian, Foreign Affairs. He is also a regular contributor to leading global think tanks such as Center for Strategic and International Studies (CSIS), Brooking Institution, and Council on Foreign Relations (CFR). 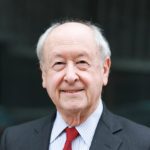 HENRY B. HOWARD
Consul a.h. of the Republic of the Philippines
For the State of Florida

Henry B. Howard is the founder and owner of U.S. Education Finance Group (USEFG) and of U.S. Mortgage Finance Group (USMFG), a secondary market for foreign national residential mortgages loans secured by U.S. properties. He also is the CEO of U.S. Renewable Energy Group.

In 1997, Mr. Howard was appointed Special Envoy to Nicaragua by President William J. Clinton. He was awarded a Doctorate of Humane Letters by the University of Mobile in 2000 for serving on the board of advisors of its Nicaraguan branch campus, converting such campus to Ave Maria University and interfacing with the Nicaraguan and U.S. governments to provide for an orderly transition. He is also a presidential appointee to the National Security Education Program at the U.S. Department of Defense.

Related Past Events: May 2022 Elections Preview