At an October 21 webinar co-hosted by the US-Philippines Society and the Stimson Center, a panel of leading experts provided insights into the Philippines-U.S. alliance as the 1951 Mutual Defense Treaty (MDT) approaches its 70th anniversary.

Professor William Wise, Chair of the Southeast Asia Forum at the Stimson Center, framed the discussion around three issues: VFA, COVID-19 response and the South China Sea. Panelist Ambassador Thomas Hubbard, former envoy to the Philippines, drew on his experience in negotiating the Visiting Forces Agreement to describe procedures under the VFA for temporary access by U.S. forces to Philippine facilities. In his view, the VFA serves the strategic interests of both countries in meeting emerging security challenges. The US-Philippine alliance has been central to post-WWII stability in the region, and the Philippines remains a 21st century strategic partner and key element in the U.S. concept of an “open and free Indo-Pacific.”

Philippine defense and foreign policy expert Dr. Renato Cruz De Castro outlined “peaks and valleys” of the relationship from a Philippine perspective. The alliance reached a crisis point in February 2020 when President Duterte announced his decision to terminate the VFA. The Covid-19 pandemic, deft diplomacy and domestic factors, including the Philippine military’s preference for U.S. equipment, opposition from the Philippine Senate, and public opinion led the PH government to “suspend the termination” of the VFA temporarily.

China’s increasing assertiveness in the South China Sea and unfulfilled infrastructure commitments in the Philippines have raised questions about the benefits of a tilt toward Beijing. In De Castro’s view, the Philippine government concluded that no amount of appeasement will deter China from encroachment in the South China Sea, and that there is value going forward in sustaining security engagement with the United States as a balancer of choice.

The panelists fielded questions about “big power” U.S.-China rivalry, the role of U.S. allies in the region, ASEAN’s stance, the Sabah dispute, and commercial use Subic Bay ship repair facilities, among others.

In response to a question about the MDT, Ambassador Hubbard described how the PH-U.S. alliance is evolving to meet new challenges, including from Chinese assertiveness and global terrorism. Hubbard added that counterterrorism cooperation, humanitarian disaster assistance, and joint efforts to preserve regional stability, especially in the South China Sea, are driving forces in the alliance today.

Also underpinning the alliance are extensive people-to-people ties. The U.S. State Department estimates that more than four million Filipino Americans live in the United States, and more than 350,000 U.S. citizens are in the Philippines, including many veterans. 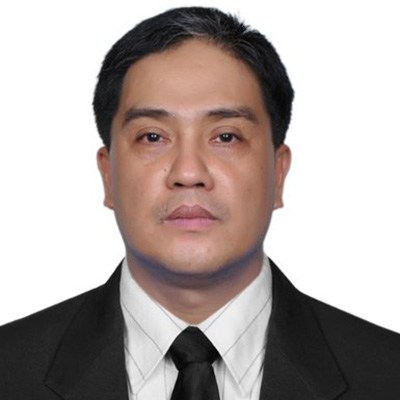 He is a Founding Director of the US-Philippines Society. Earlier in his nearly forty-year foreign service career, he served seven years in Japan and was Deputy Chief of Mission and acting Ambassador in Malaysia. He held key Washington postings, including Philippines Desk Officer, Country Director for Japan, and Principal Deputy Assistant Secretary for East Asian and Pacific affairs.

William M. Wise is a Nonresident Fellow affiliated with the Southeast Asia Program at the Henry L. Stimson Center. He is currently developing the new Southeast Asia Resource Center at Stimson, a project to promote and sustain the study of Southeast Asia at colleges and universities in the Mid-Atlantic region.