Liana Romulo gave a very moving presentation today on the life of Carlos P. Romulo and the Romulo family in DC -- exactly 75 years after Gen. Romulo returned the Philippine flag to its peacetime position on the 2nd floor of the Old Philippine Chancery (1617 Massachusetts Avenue, NW), a ceremony marking the end of the Second World War.This is the 3rd presentation in our new virtual series on the history of Filipinos in Washington, DC. Co-sponsored by Philippines on the Potomac - POPDC, the RMC Foundation (DC Filipino History), Sentro Rizal Washington DC (Philippine Embassy in Washington DC, USA) and the US-Philippines Society.

Posted by Philippines on the Potomac - POPDC on Monday, August 17, 2020 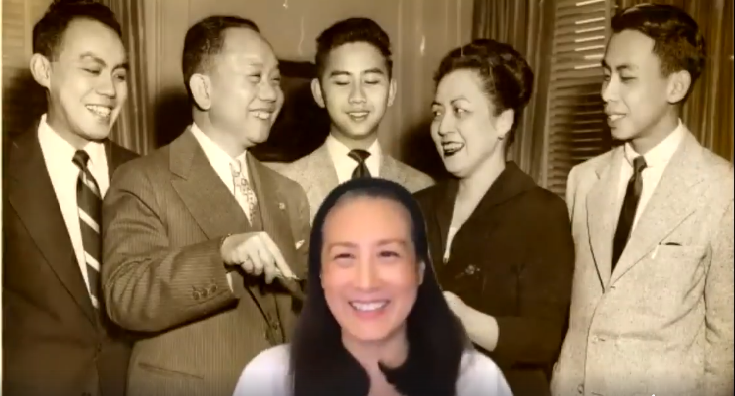 Liana Romulo on the Life of Carlos P. Romulo and family in Washington, D.C.

On August 17, 2020, Liana Romulo, General Carlos P. Romulo’s granddaughter, shares personal and public life stories of General Romulo, one of the Philippines’ greatest public servants, well-respected diplomat and international advocate for cooperation and free market. He was the first Asian and only Filipino to serve as President of the United Nations General Assembly. He was Philippines’ National Artist having authored 22 books and winner of 1941 Pulitzer Prize. He was a Brigadier General in the U.S. Army and aide-de-camp to General Douglas MacArthur during WWII.

After the war, General Carlos P. Romulo and his family resided in Washington D.C., including as Philippine Ambassador to the United States.

In honor of Carlos P. Romulo, the US-Philippines Society established an awards program to recognize outstanding achievements in sustaining and strengthening bonds between the United States and the Philippines.

The event is co-sponsored by US-Philippines Society, Sentro Rizal Washington D.C., Philippines on the Potomac Project and RMC Foundation.