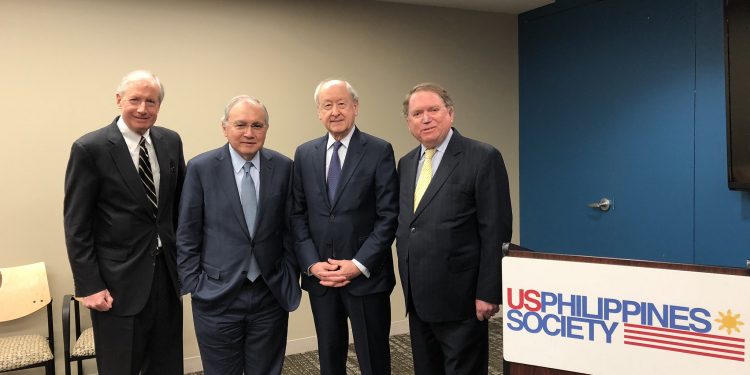 At a November 23 post-election virtual roundtable, Washington insider Jonathan Slade presented an in-depth analysis of the U.S. election outcomes, the impact of changing demographics in key states and an update on the electoral college process. He said the electorate voted for divided government, splitting their tickets as the Republicans gained seats in the House and, with Biden’s win, the Democratic party re-gained the White House. The Senate is 50-50.

On policy, Southeast Asia Forum Chair William Wise offered perspectives on priorities of the Biden administration, noting that politics will likely restrain an ambitious agenda and that unforeseen events have a way of diverting focus away from plans. As a first priority, President Biden will put together a national strategy to control the COVID-19 pandemic and chart a path to fully reopen the economy. Biden’s swift appointment of John Kerry as “Climate Czar” reflects a whole of government approach to combat climate change, an issue of concern in the Philippines.

Ambassador Jose Manuel Romualdez offered insights into the Philippine government’s Covid-19 response in partnership with the private sector. Repatriation of overseas Filipino workers has been a major ongoing effort of the Philippine government. He thanked US-Philippines Society Founding Director and Honorary Consul Henry B. Howard for providing logistical assistance to stranded Philippine seafarers.

On behalf of the Philippine government, the Philippine Embassy in Washington DC is actively negotiating the procurement of vaccine supplies from U.S. pharmaceutical companies, Pfizer and Moderna. US-Philippines Society Founding Director Enrique Razon has offered to cover shipping costs of vaccines to the Philippines.

Ambassador Romualdez remains hopeful for a continuation of strong US-Philippines relations under the new administration. He was in consultations with the Biden transition team, and is now active in meeting newly appointed officials.

He expressed confidence that the US-Philippines Society led by Co-Chair Ambassador John D. Negroponte, will be serving as a helpful bridge during the political transition in Washington.

Feb 18: Wartime Visit to DC by Peter Jamero, Author of "Growing Up Brown"