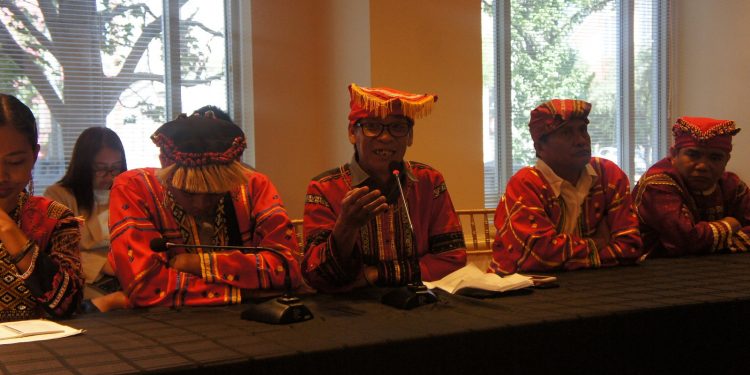 WASHINGTON, D.C.- Representing the Mandaya and Manobo Indigenous Peoples (IP) tribes in Mindanao, eight community leaders traveled across various cities in the United States to share their perspectives on a simmering conflict in the southern Philippines between the Communist New People’s Army (NPA) and the government. During their final stop in Washington, D.C. on July 19, the delegation provided a first hand account of the impact of the conflict in areas of eastern Mindanao at a forum held at the Philippine Embassy. The IP leaders briefed members of the US-Philippines Society, representatives of U.S. government agencies, and academics. 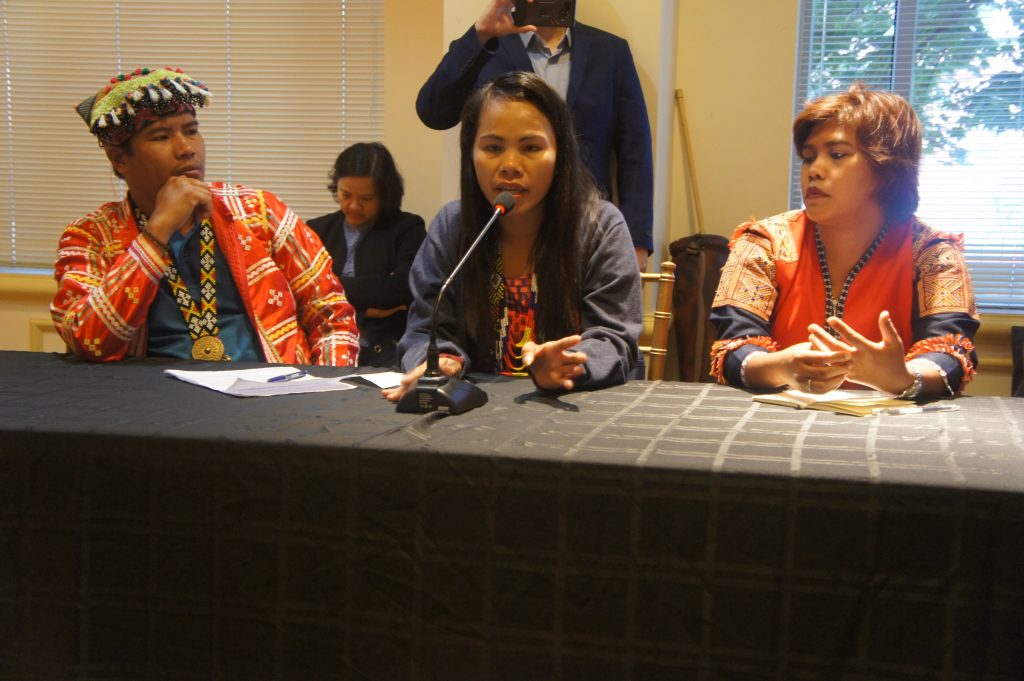 Datu Bawan Jacob Lanes, the spokesperson of the group, offered a historical perspective of the IP’s struggles for recognition and justice. It was in 1997, when the Indigenous Peoples’ Rights Act (IPRA) was enacted to recognize, protect and promote the rights of indigenous peoples in the Philippines, specifically, rights to Ancestral Domains, right to self-governance and empowerment, social justice and human rights, and cultural integrity. The National Commission on Indigenous Peoples, a government agency and lead advocate for IPs, identified 110 ethnolinguistic groups with a population of 14 million scattered throughout the Philippine islands. The Manobo and Mandaya tribes are predominantly located in the Mindanao region.

Datu Lanes stated that the CPP-NPA, established in 1969, has infiltrated IP communities under the guise of “blood compact” partners advocating for IP self-governance. He recounted how “the CPP slowly organized radical IP youth committees, supplanted IP tribal leaders, and subverted IP culture and way of life.”

“Over 1000 tribal leaders have been killed by NPA for resisting,” Datu Lanes added. In his view, the CPP has a subversive agenda “to convert their ancestral domain into guerrilla bases and learning schools as recruiting grounds for child warriors.”

Within the theme “Breaking the Silence and Telling the Truth,” IP members provided graphic accounts of how a Datu was killed and children as young as 10 years old were recruited as child warriors. A delegation member cited an ongoing dispute over the closing of alternative learning schools in Talaingod that led to a case filed against a suspected NPA and member of Bayan Muna organization.

The IP delegation appealed for support for achieving peace and ending the 50 years of CPP-NPA militant activities in their ancestral domains.

In a forum held earlier on June 26, 2019, at the Center for Strategic and International Studies in Washington, DC., PCOO Undersecretary for New Media and External Affairs of the Philippines Lorraine Badoy said that “the extensive organizational structure of the CPP-NPA and the National Democratic Front (NDF) has infiltrated sectors of the Philippine society.”

Undersecretary Badoy added that communist groups through front networks solicit funds from international organizations and governments that are diverted to finance terrorism in the Philippines.

Undersecretary Badoy cited “former US Secretary of State Colin Powell’s announcement in August 2002 on the designation of the CPP-NPA as a foreign terrorist organization, as defined under US law, after an exhaustive review of this group’s violent activities.”

Referring to the whole-of-nation approach under Executive Order 70, signed by President Rodrigo Duterte on Dec. 4, 2018, Undersecretary Badoy described the government’s efforts to end the communist insurgency and reach an inclusive and sustainable peace. The EO created a “National Task Force to End Local Communist Armed Conflict,” chaired by President Duterte.

US-Philippines Society President Ambassador John F. Maisto provided closing remarks at the July 19 IP forum, thanking the delegation for providing an informative and highly personal perspective on a conflict in the southern Philippines that has received less public attention than the struggle for Muslim autonomy in central and western Mindanao. 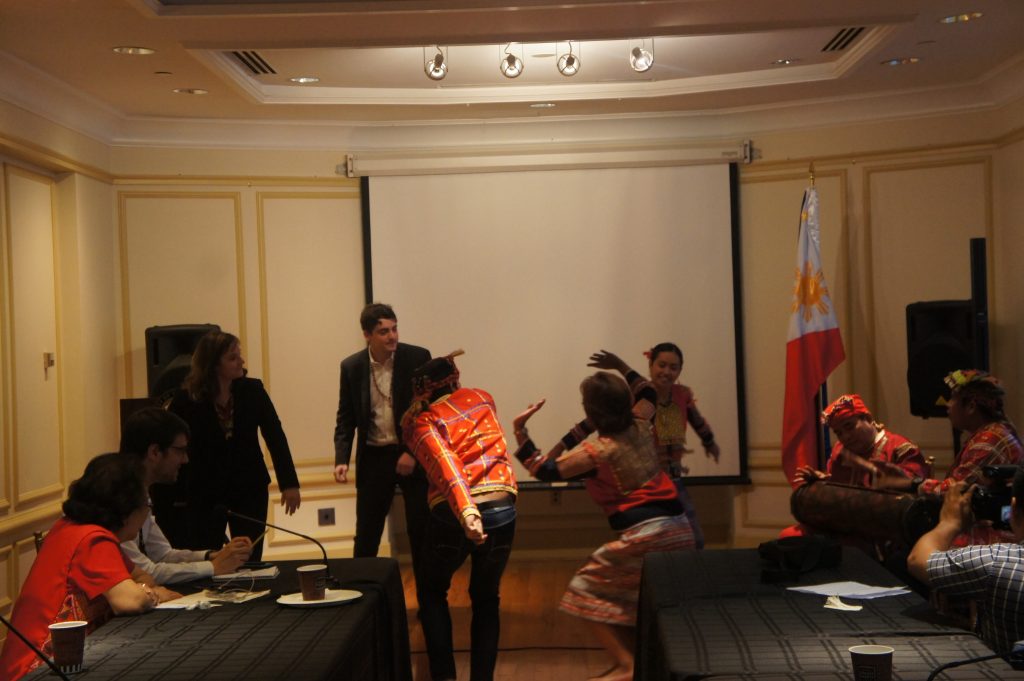