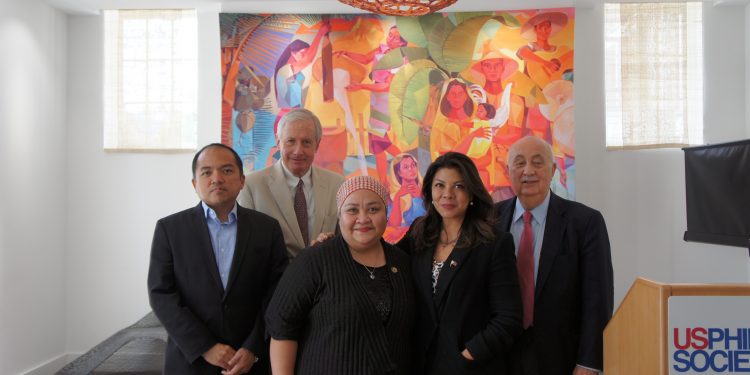 WASHINGTON, D.C.- At a June 25 forum, “A Perspective on Mindanao by Representative Amihilda Sangcopan,” of the Anak Mindanao Party-list provided an overview of the transition to a new autonomous governing body in BARMM (Bangsamoro Autonomous Region in Muslim Mindanao), priorities of the incoming 18th Philippine Congress and an update on the rehabilitation and recovery plan in Marawi City. The presentation, organized by the US-Philippines Society with support by the Philippine Embassy in Washington D.C. drew a diverse audience representing US government agencies, policy institutes, academe and US-Philippines Society members. 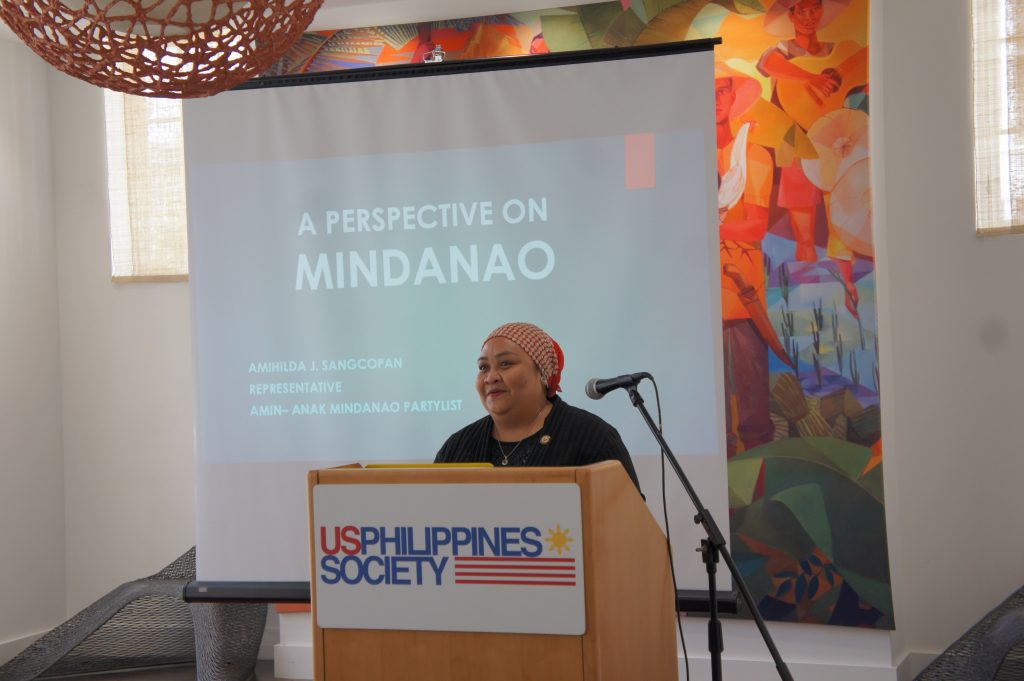 Passage of the Bangsamoro Basic Law was a landmark achievement during the first half of President Duterte’s 6-year term. Congresswoman Sangcopan emphasized that progress is moving forward. The first plenary of Bangsamoro Transition Authority (BTA) was held on February 28, 2019, followed by oath-taking of its elected Speaker Balindong, Deputy Speaker Hatimil Hassan, Majority Floor Leader Lanang and Minority Floor Leader Alamia. The transition plan for 2019-2022 was approved on June 17, 2019.

Congresswoman Sangcopan presented Mindanao 2030, a peace and development framework with a budget of PhP 148 billion (US $19.5 million). She noted that Mindanao with its agriculture-based economy is Philippines’ “Food Basket” with urgent needs for farm-to-market infrastructure, inter-regional connectivity and small-farm productivity. The 2030 plan is underpinned with focus on inter-faith inclusiveness for all Mindanao peoples and Mindanao autonomy and governance. Plans to refile the Islamic banking and Finance bill in the 18th Congress were revealed by Congresswoman Sangcopan. “The Bill is a vehicle to address poverty incidence in the region,” she stated.

Congresswoman Sangcopan shared her experience at the outset of the Marawi siege in May 2017 when she and 18 evacuees took shelter in the Department of Agrarian Reform office in Marawi City as armed ISIS-inspired militants forcibly took control of key buildings in Marawi. Since the passage of the Bangsamoro Organic Law, Sangcopan has regained optimism, citing the Comprehensive Bangon Marawi Recovery and Rehabilitation Plan, which engages multi-government agencies, including trade and industry, skills training, and finance in the rebuilding of Marawi. Marawi residents are now part of the consultation process in efforts to rebuild. 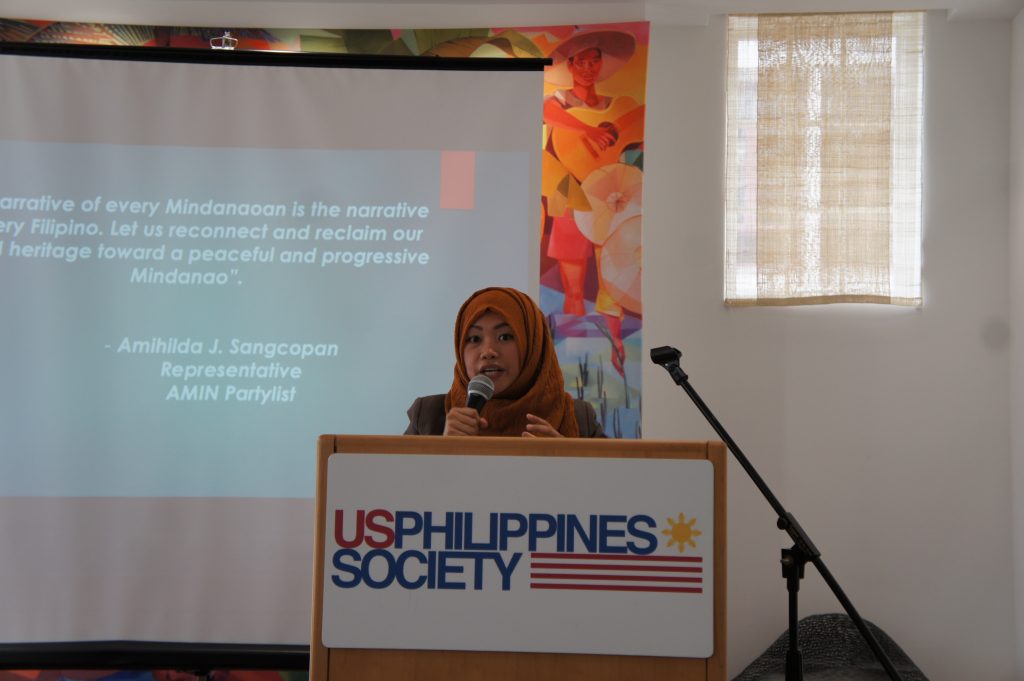 Yasmira Moner, visiting faculty member of the Department of Political Science, Mindanao State University-Iligan Institute of Technology, shared her views on the role of civil society and young professionals in the rehabilitation of Marawi City. She pointed to rebuilding of democratic institutions and social accountability as essential to progress in Mindanao. 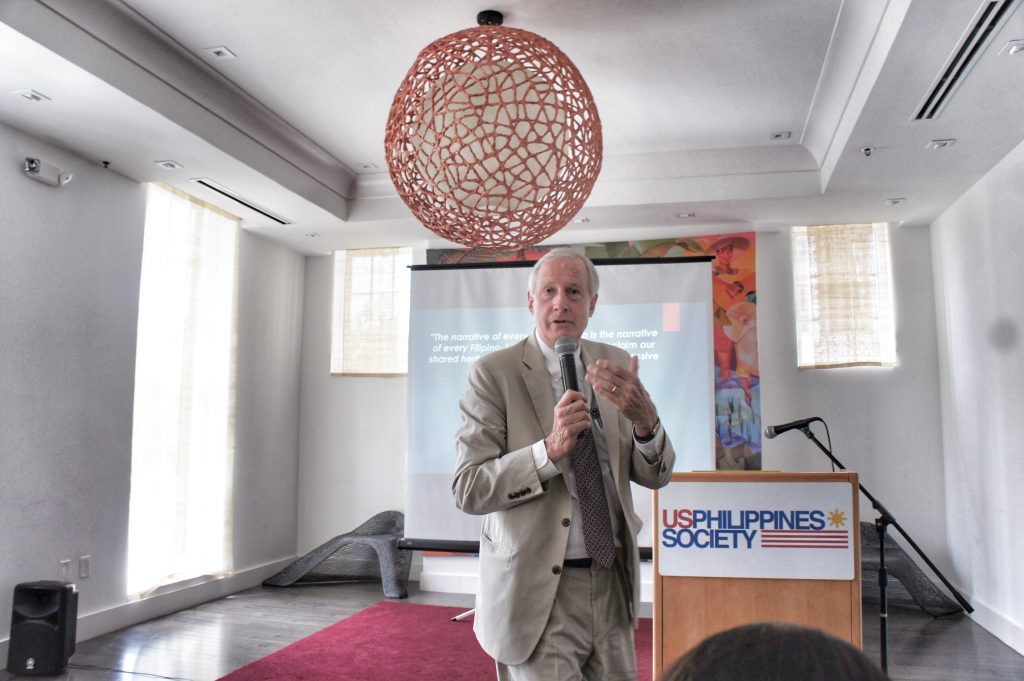 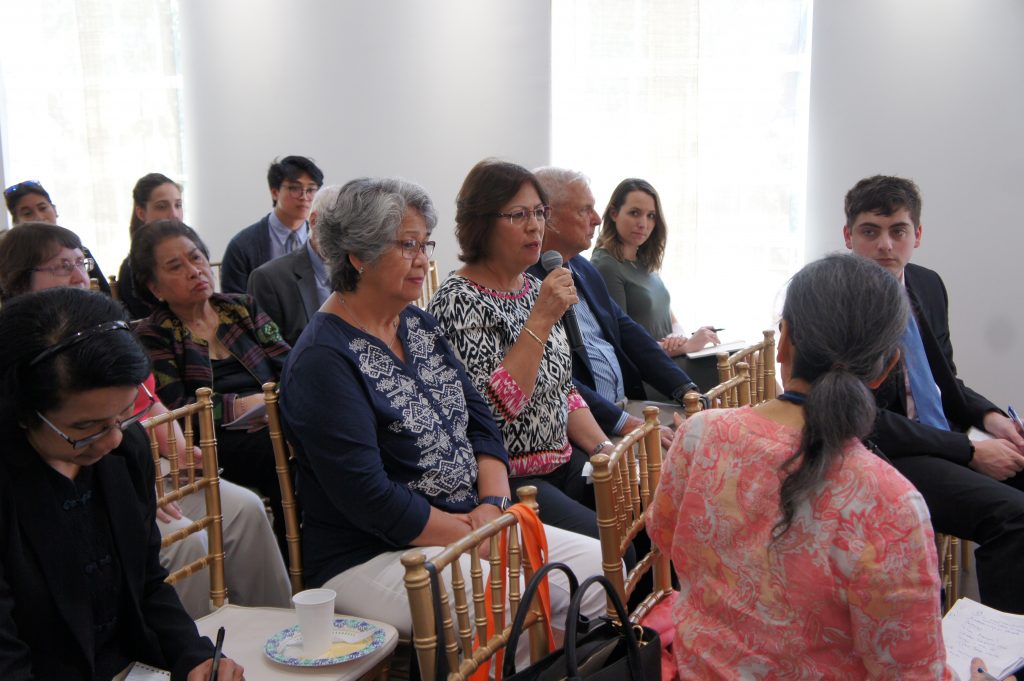 During the open forum that followed the presentation, topics of discussion included the effects of climate change on Mindanao’s agriculture, program assistance for children and elderly, federalism and charter change.

Undersecretary Lorraine Marie L. Badoy, Presidential Communications Operations Office, pointed to President Duterte’s efforts to address corruption, which can undermine public confidence and impede progress. Secretary Badoy also noted that the pace of recovery in Marawi has been hampered by a failure to remove unexploded ordnance in the combat zone.

Ambassador John F. Maisto, President of US-Philippines Society, provided closing remarks and noted that, “Congresswoman Sangcopan provided a valuable perspective on Mindanao at a critical time in the transition to new autonomy arrangements in the southern Philippines. Americans in the audience benefited especially from her insights into the challenges and opportunities facing the Bangsamoro Autonomous Region of Muslim Mindanao.” 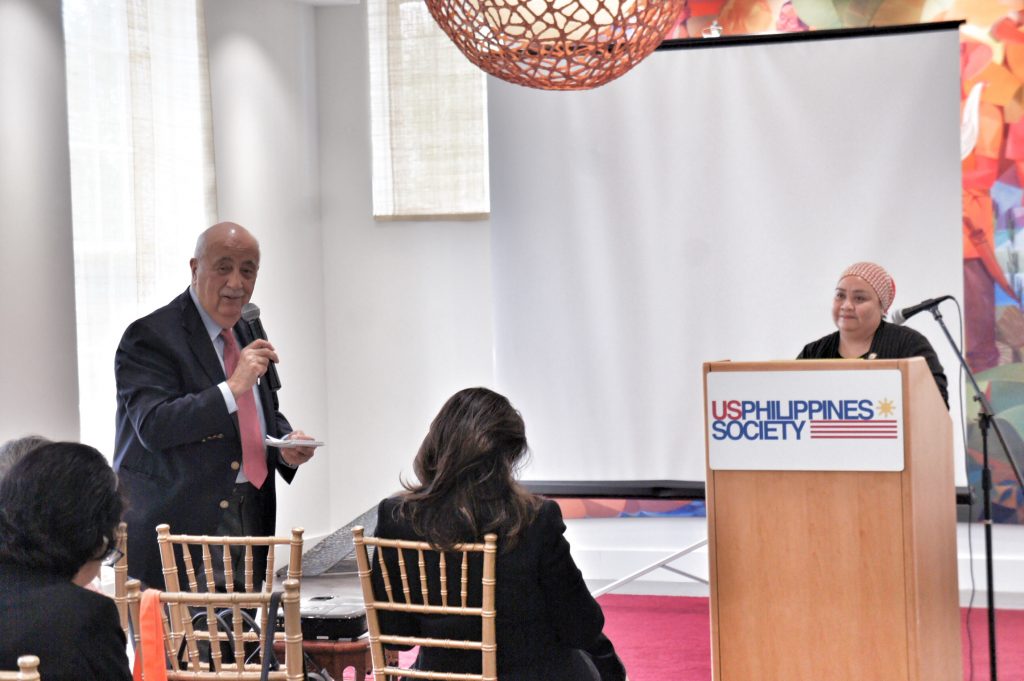