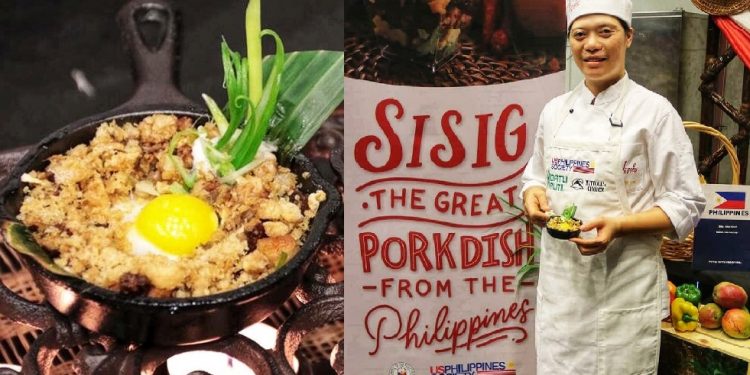 WASHINGTON, D.C. – Sisig, the Philippine dish prepared by Philippine Embassy’s Chef Abie Sincioco-Mateo was voted by food critics and Washingtonians, as the best among over 24 entries representing participating embassies at the 2018 Embassy Chef Challenge, held on Thursday, May 17, at the Ronald Reagan Building and International Trade Center in Washington, D.C.

Chef Abie Sincioco-Mateo along with Chef Jessie C. Sincioco accepted two First Place Awards: the Judge’s Choice Award and the People’s Choice Award on behalf of the Philippine Embassy in the U.S. 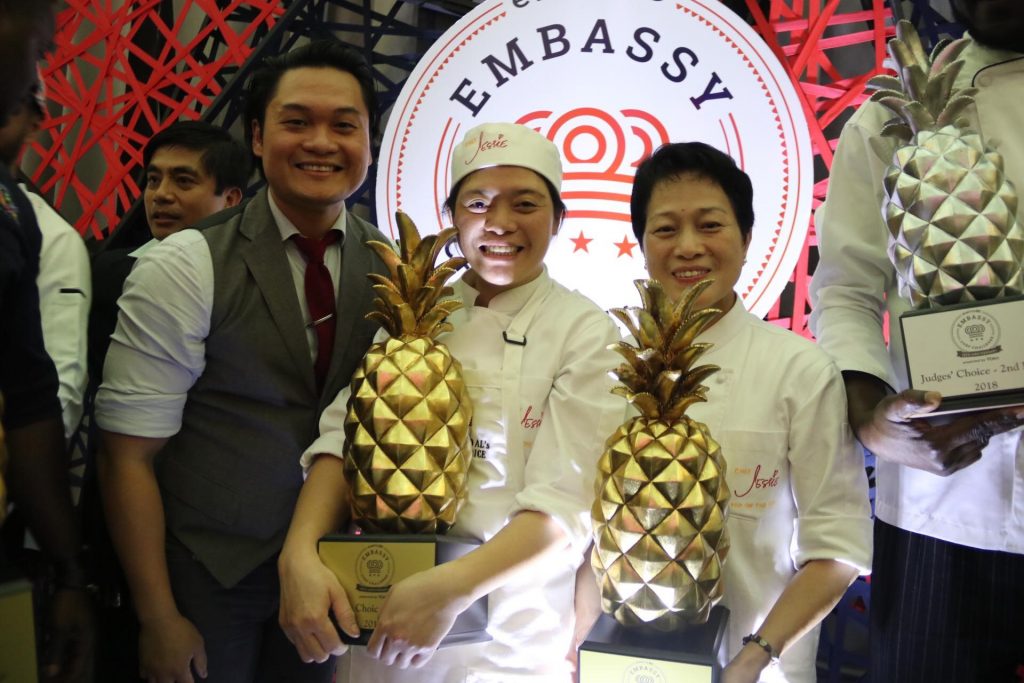 Sisig is a traditional Filipino dish that dates back to the 17th century. New adaptations have made the dish more appealing to Americans. As Anthony Bourdain stated, “sisig is perfectly positioned to win the hearts and minds of the world as a whole (Food & Wine, June 2017).”  It is served on a sizzling plate for a crispier texture added with sweet and sour tones. In the Philippines, sisig is served with cold beer. Last night, sisig was paired with the popular San Miguel beer. 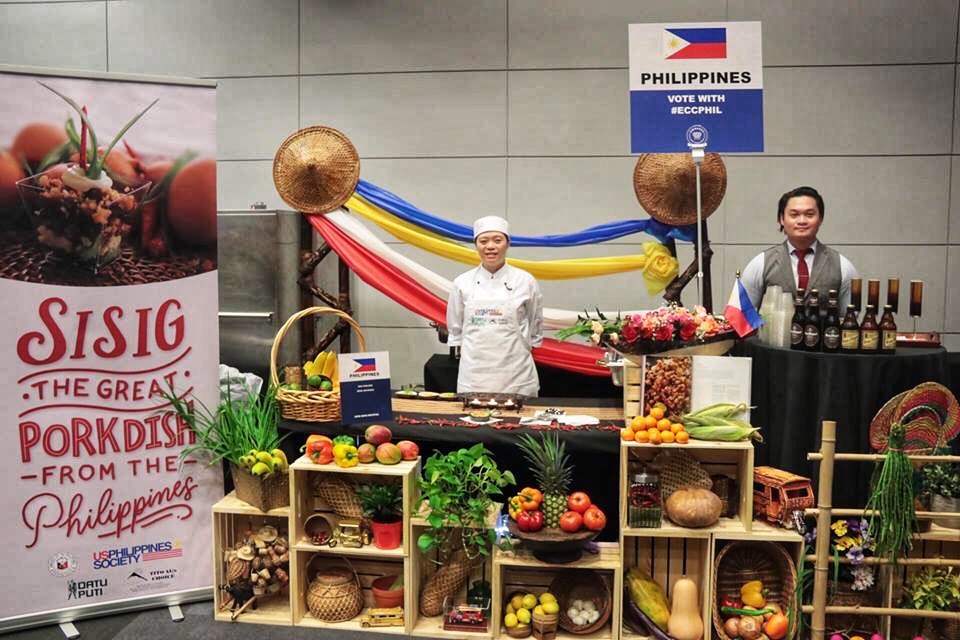 During an interview by Eagle News, Chef Abie stated, “The presentation and the taste of the Sisig are very good, and they really liked it.” She added that the main ingredient was “full of love.” The Philippine Embassy display was vibrant and colorful showcasing fresh tropical fruits and native Philippine baskets.

“Her success marks another significant step toward enhancing the growing reputation of Filipino cuisine in America. We join Ambassador Romualdez, the Philippine Embassy staff, supporters in the Fil-Am community, and members of the US-Philippines Society in applauding Chef Abie’s accomplishment in the face of such a distinguished field of culinary competitors from around the world. We also recognize the influence of Abie’s mentor, the renowned Chef Jessie of Manila. Mabuhay!” Hendrickson added.

Science, Technology and Innovation in Disaster Risk Reduction and Resilience-Building in the Philippines