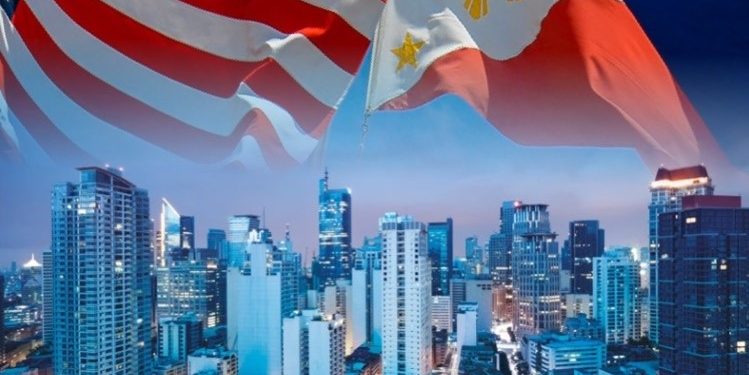 US-Philippines Society Co-Chair Manuel V. Pangilinan will host a Board of Directors Meeting and Business Mission in Manila, February 19-20.

Leading the U.S. delegation will be Co-Chair John D. Negroponte, former ambassador to the Philippines and Deputy Secretary of State. The Society’s bi-national board includes business, professional and civic leaders who will convene to explore ways to sustain and broaden bilateral cooperation and private sector relationships following political transitions in both countries over the past year and a half.

The Society’s two-day program offers a timely opportunity to promote trade and investment ties after a recent series of high level official Philippine-American exchanges highlighted by the November meetings in Manila between Presidents Duterte and Trump.

Delegates will review new tax reform legislation in both countries that provides incentives for stimulating business and job growth, and welcome prospects for lowering trade/investment barriers and enhancing cyber security. They look forward to a productive exchange of views with senior government officials on shared regional and bilateral concerns, including added protections for Filipino OFWs.

Members of the board look forward to meeting with President Duterte and his economic team led by Finance Secretary Carlos Dominguez to gain a fuller understanding of the administration’s domestic and foreign policy priorities. Delegates hope to learn more about sectors that can benefit from increased American investment and will encourage Philippine businesses to look at new investment opportunities in the U.S.

The Society also values the opportunity to gain insights from Philippine legislative members, private sector counterparts, and the distinguished American Ambassador Sung Y. Kim. The Society is especially grateful for the support and strong engagement of newly appointed Philippine Ambassador to the United States Jose M. Romualdez, who will accompany the delegation and welcome members to Manila.

The Society also acknowledges with gratitude its ongoing partnership with the Philippines-United States Business Council and the Makati Business Club.

As an independent, non-partisan, combined Filipino-American organization, the Society plays an important role in fostering mutual understanding of the dynamics underpinning the longstanding U.S.- Philippines relationship.

According to US-Philippines Society President Ambassador John F. Maisto, “We come to Manila as a private, non-political delegation to support and strengthen the modern multidimensional 21st century U.S.-Philippines relationship, and to seek advice and support for carrying the Society’s mission forward in 2018.”

Headquartered in Washington, the Society was launched 2012 with the mission of enhancing and strengthening the Philippine-U.S. relationship and, simultaneously, raising awareness of today’s Philippines through programs on business, governance, culture, shared history, education, strategic issues, and conflict resolution.

The Society’s programs reach policy-makers and opinion-shapers in Washington and beyond, and attract interest from within the growing Filipino-American community. Celebrating its sixth anniversary this year, the Society is recognized as the premier organization promoting Philippines-U.S. relations.

With support from the Starr Foundation, companies, and individual Americans, the Society has been able to provide more than $2 million to assist victims of Typhoon Haiyan over the past four years. Donations were channeled to more than a dozen recipient organizations, including the Philippine Disaster Resilience Foundation (PDRF), the Zuellig Family Foundation (ZFF), the PHINMA Foundation, and the BDO Foundation, each connected to the Society’s board.

The Society also raised funds in 2017 to assist families displaced by the terrorist attacks in Marawi City, and will receive briefings on the current situation there.

During the board meeting program the Society will make an additional monetary donation for Marawi recovery through the PDRF.