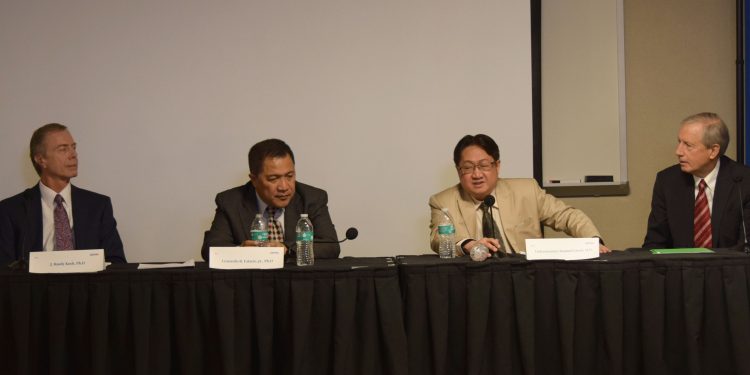 WASHINGTON, D.C.- At the December 12 forum, “Philippines 2016: Confronting the Drug Problem,” U.S. and Philippine government officials and public health experts offered insights into the magnitude of the drug epidemic in the Philippines, anti-drug initiatives launched by President Rodrigo R. Duterte, and recommendations for the right mix of public health policies and operational guidelines.

In his welcome remarks, Professor William M. Wise, practitioner and professor at the JHU School of Advanced International Studies (SAIS), described the forum as a platform to examine President Duterte’s controversial anti-drug campaign that has gained global attention. The overall goal of the forum was “to raise awareness of the dimensions of the addiction issue, focusing on public health aspects and resolve of Filipinos to deal with it, that deserve to be better understood” said US-Philippines Society Co-chair John D. Negroponte. The academic discourse was held at the Johns Hopkins University SAIS Rome auditorium, in Washington DC and attended by representatives from the State Department, the White House, policy institutes, US-Philippines Society members, the Philippine Embassy, and other influential organizations. 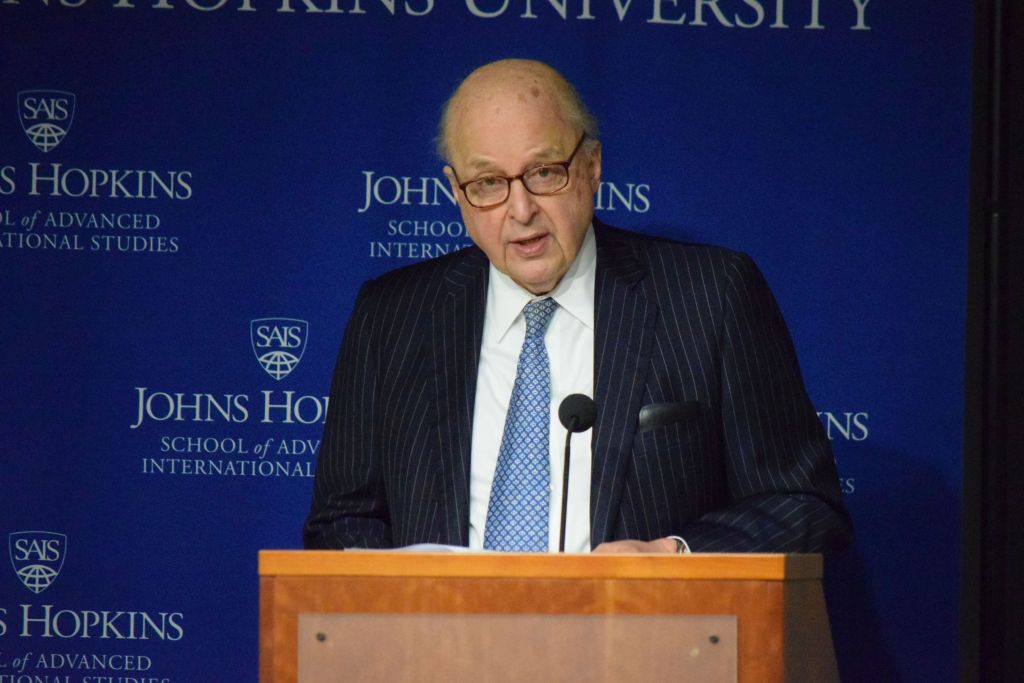 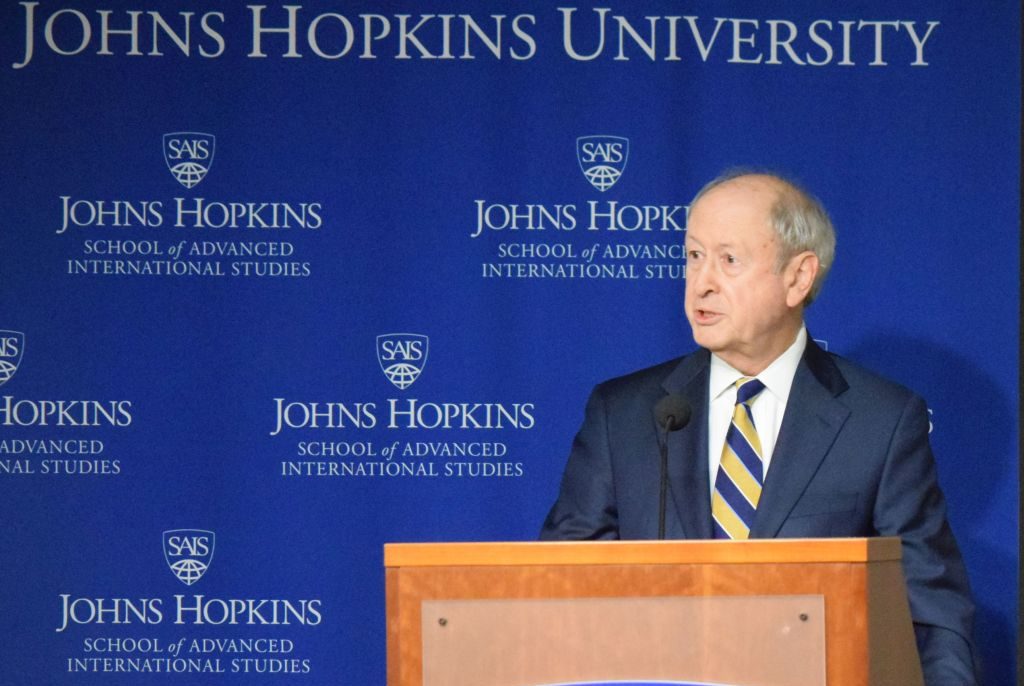 In a video recorded message, Department of Health Secretary Paulyn Jean Rosell-Ubial stressed that drug abuse is a major public health concern that impacts society on multiple layers. According to Undersecretary Rommel L. Garcia, Permanent Member of the Dangerous Drugs Board, over 1.8 million Filipinos are drug users, most are in their thirties, male to female ratio of 14:1, and earning barely above the poverty threshold income of $200 per month. Methamphetamine hydrochloride or “shabu” is the most commonly abused substance and most destructive due to its low cost, accessibility, and addictive hallucinogenic-inducing side-effects. President Duterte has warned that the Philippines risks becoming a narco-state, and his administration is pursuing policies requiring a decisive response. 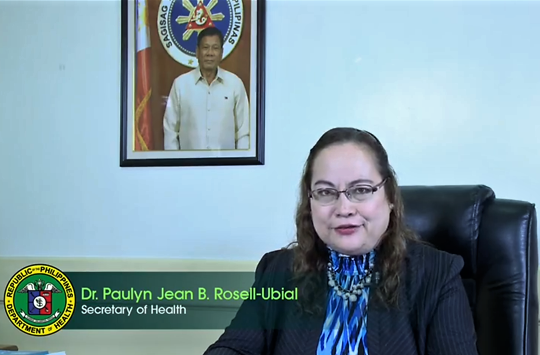 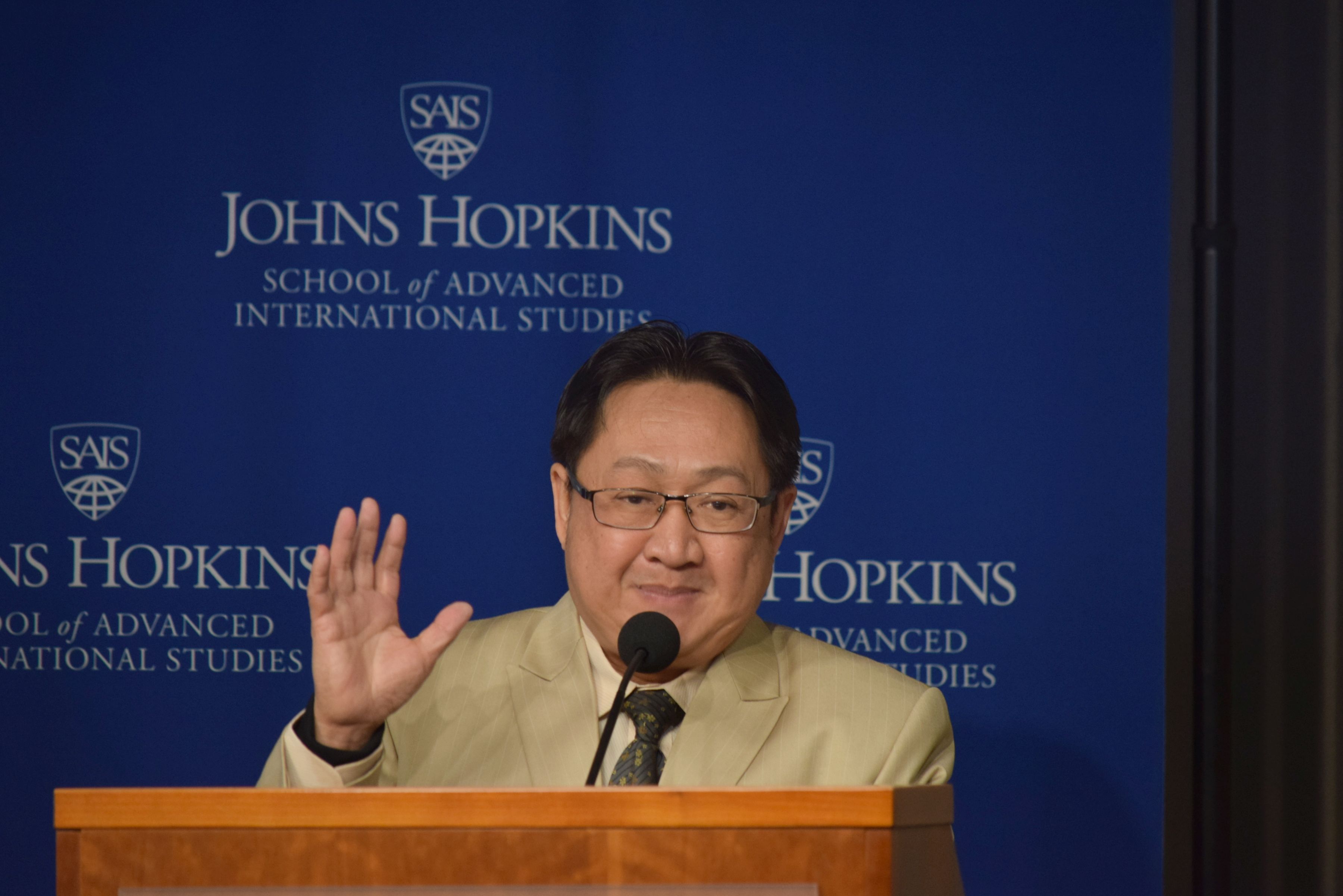 “The anti-drug campaign is carried out in compliance with human rights and rule of law,” stated Philippine Embassy’s Chargé d’Affaires Patrick A. Chuasoto. “It is underpinned by a belief that every Filipino citizen has a “right to live in peace and drug-free state,” Mr. Chuasoto added.

During the first five months of President Rodrigo R. Duterte’s anti-drug campaign, close to 800,000 drug users have sought treatment; an estimated 30,000 moderate to severe cases require inpatient treatment. The sudden surge strained health facilities caused by overcrowding and substandard care. Currently throughout the Philippines, there are 44 accredited rehabilitation centers and a newly-opened mega rehabilitation center with a combined 7,000 bed capacity.

Under the directive of the Office of the President, lead government agencies, the Departments of Health and of Social Welfare and Development, along with UBAS (Ugnayan Ng Barangay at Simbahan), a partnership of local government units and the church, were tasked to provide a coordinated and standardized approach to screen, classify, treat, rehabilitate, and support patients to a path of recovery, of becoming law-abiding and productive members of society. Preventive education programs focused on the youth such as “Peer Group Against Drugs” and Drug Abuse Resistance Education are undertaken by the Department of Education.


Evidenced-based research conducted by Dr. Leonardo Estacio, Jr. showed the harmful effects of drug abuse on social relationships within the family, and the community, workplace, and school due to reduced physical and mental abilities of the addicts, and its direct link to crime, violence, and corruption. The study “Drug Use and Behavioral Health Among Young People in Metro Manila and Neighboring Provinces: A Baseline CUM Intervention Study” recommended that the spiritual and therapeutic approaches to treatment are the most effective approach among all interventions. Combined with alternative learning systems, livelihood training and personal development, patient satisfaction was shown to be high.

The study included a review of existing rehabilitation centers revealing the lack of sustained after care support, skills training and general upkeep of facilities. In his assessment of the current treatment facilities, Dr. Randy Koch recommended improving access to treatment by (1) building smaller and geographically dispersed centers, and (2) developing a simplified intake process, ideally with same-day access (3) expanding the range of services to include services in prisons and jail, and women-specific services, and (4) reducing length of residential treatment from 6 months to 30-90 days and is supplemented with outpatient services. 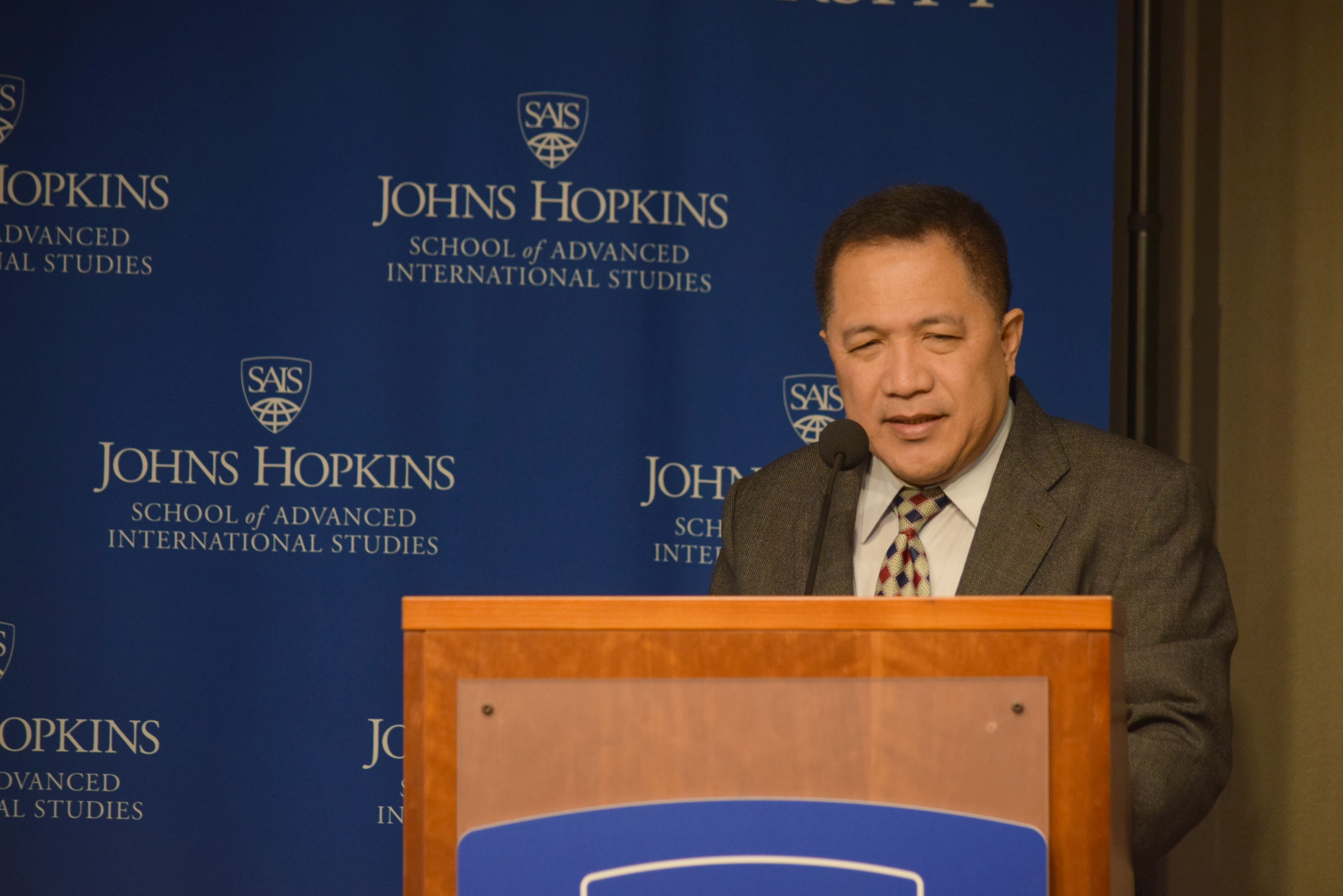 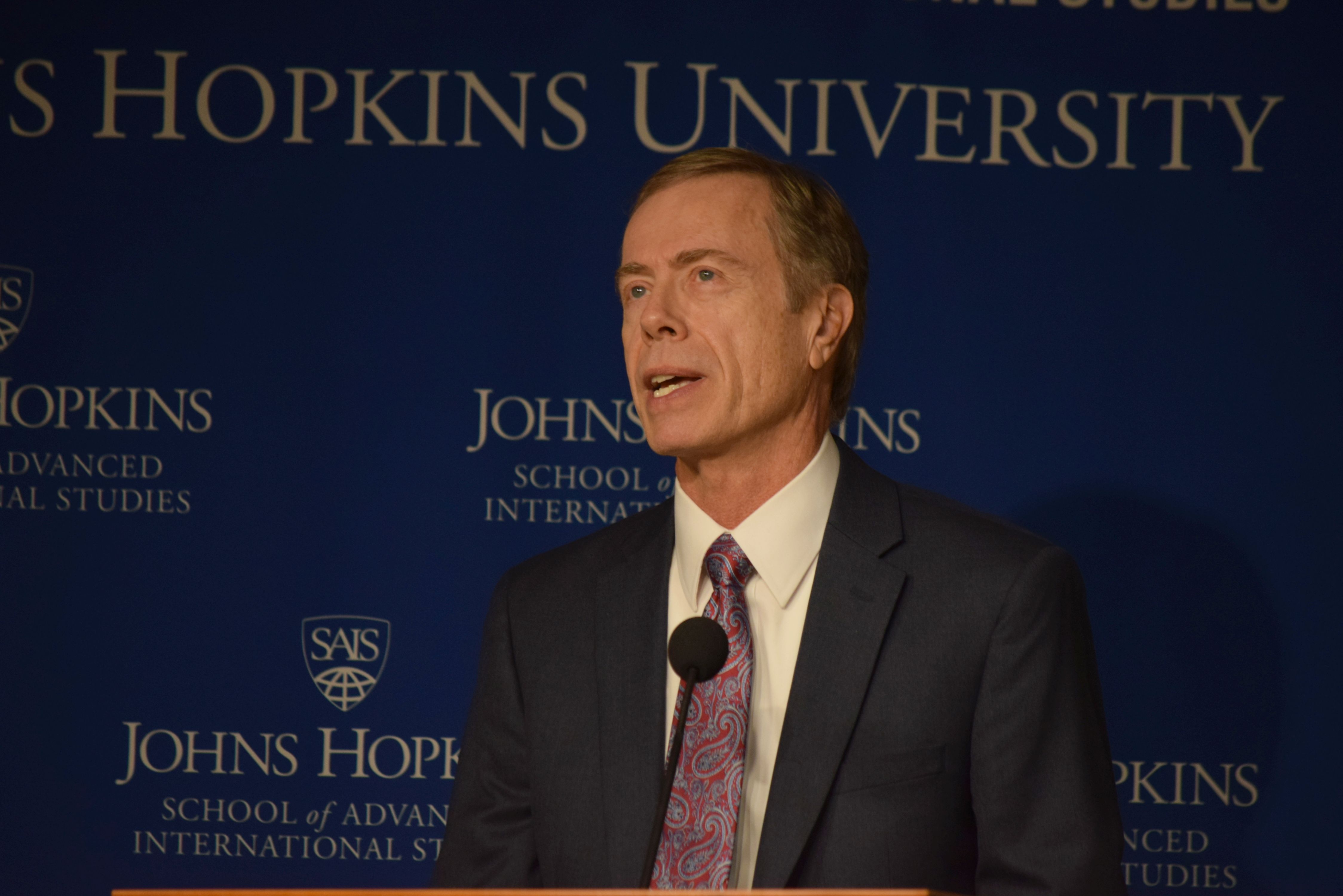 Public health panelists recommended a shift of focus toward employing a holistic type of treatment, individualized treatment, utilizing community-based treatment with focus on increasing family support rather than center-based. There is urgent need to develop outreach services, psychiatric crisis intervention, and to implement tangible rewards as positive motivation to deter substance-abuse relapse. 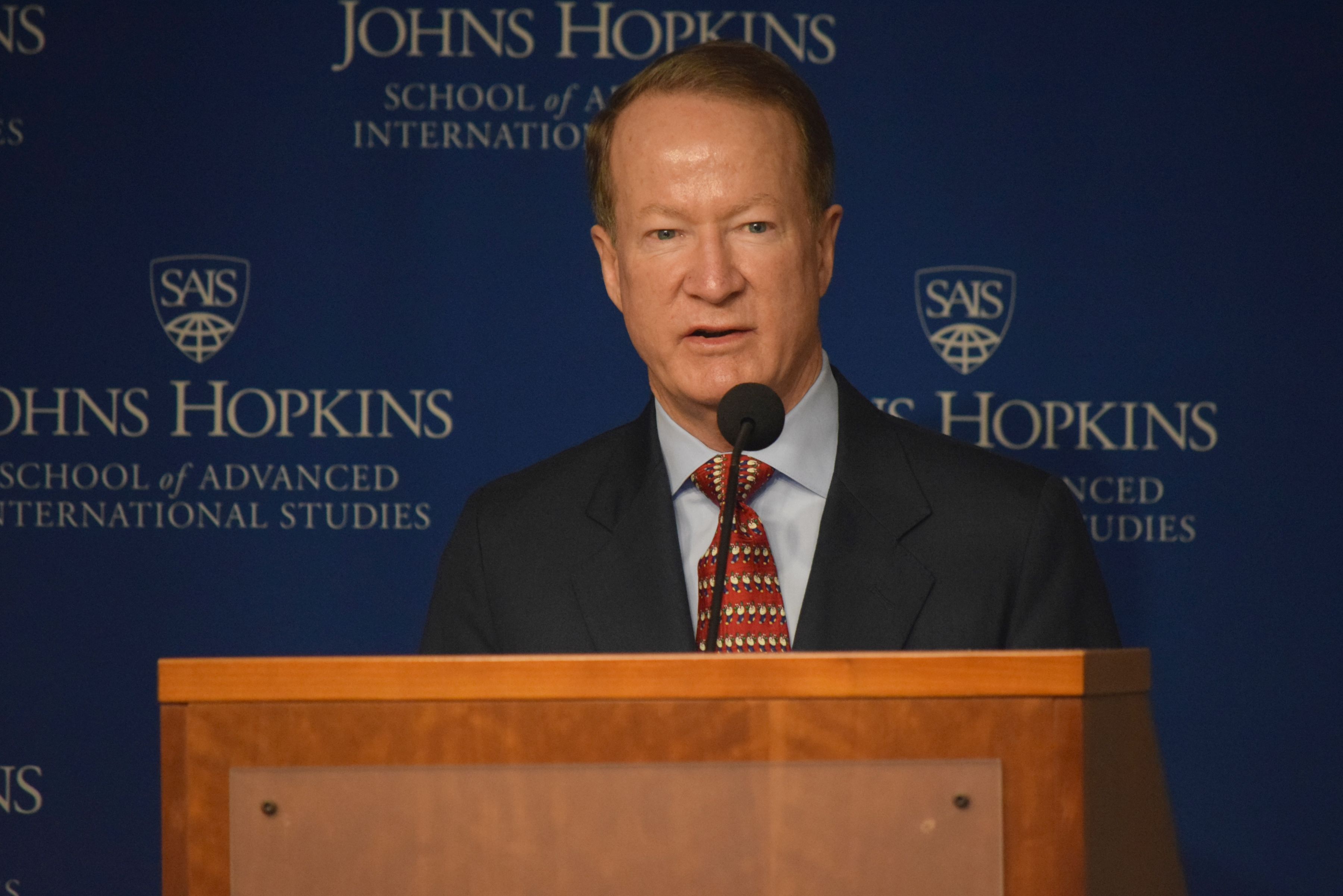 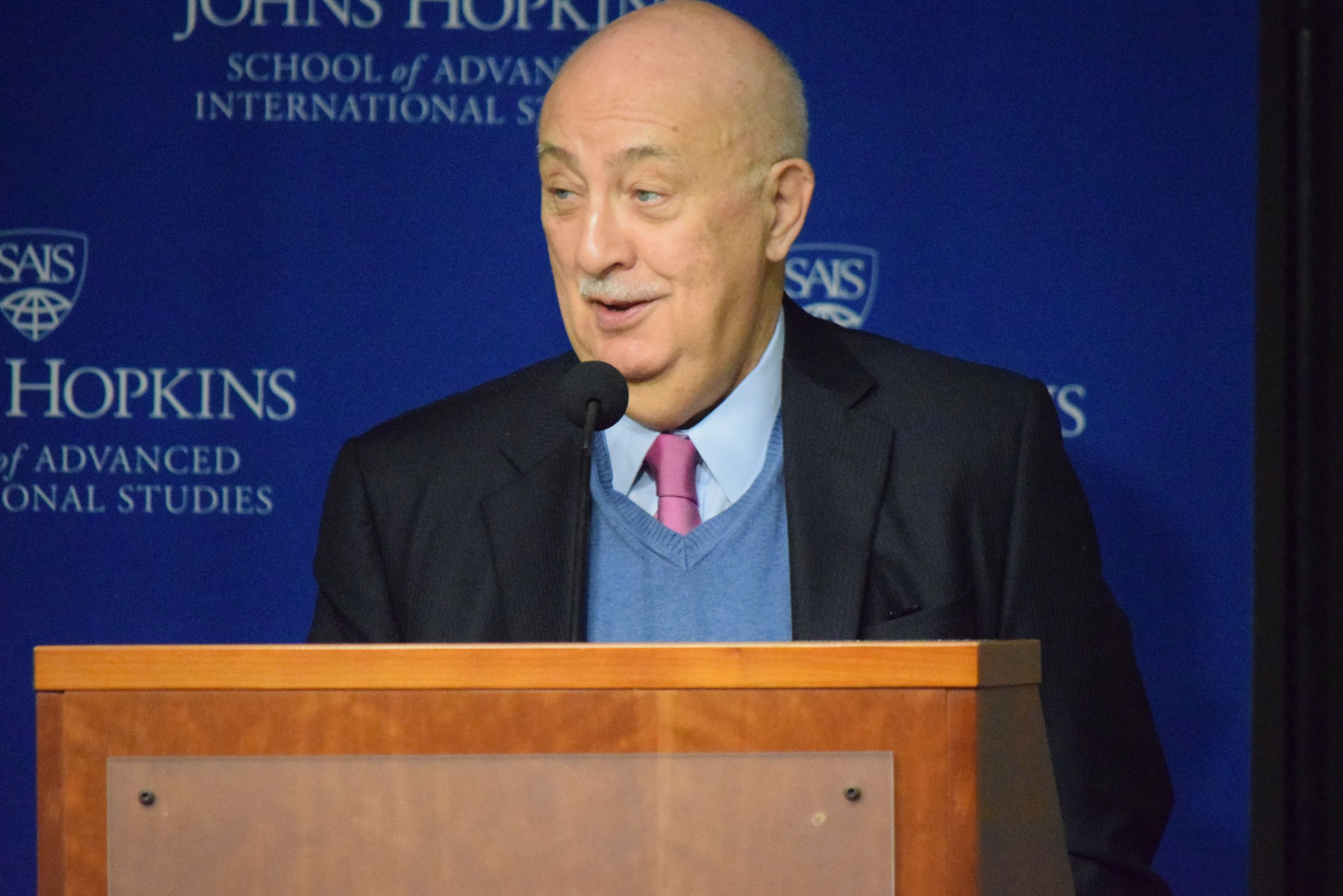 The US has been a key partner in combating illegal drug trade. Panelists identified areas of collaboration in technology to thwart drug trafficking at various port of entries, capacity training and support to address the complexity of the drug epidemic.

Featured keynote speaker Ambassador William Brownfield of the Department of State Narcotics and Law Enforcement Affairs Bureau offered lessons learned from other nations and views on US-Philippines ties based on shared values, respect of sovereignty of nations and a rules-based approach in dealing with public health concerns. The conference was co-sponsored by the SAIS Southeast Asia Studies Program, with support from the Philippine Embassy. 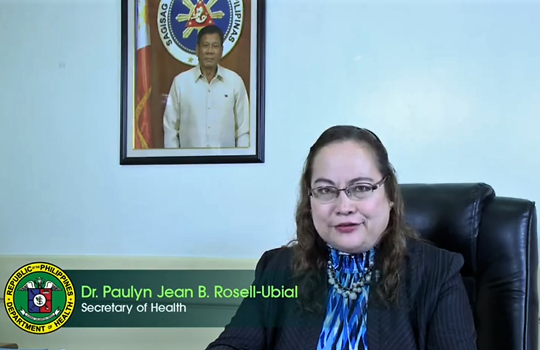