Ambassador Cuisia Conferred the Diplomatic Merit of Order of Sikatuna 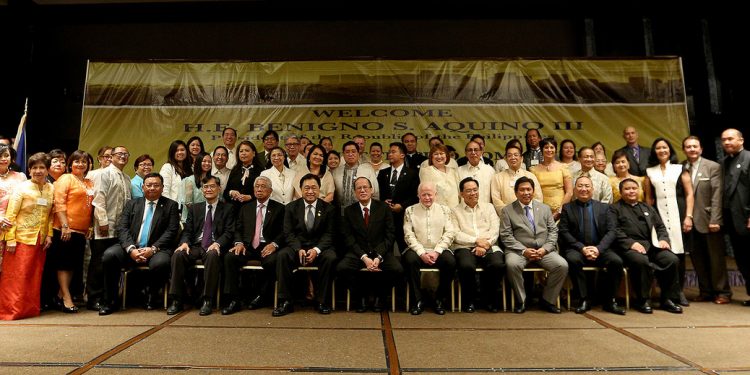 (Los Angeles) President Aquino with officers and members of the Philippine Embassy with participants of the meeting with the Filipino Community at Hilton Los Angeles Airport during his working visit to the United States. Photo credit: Joseph Vidal, Malacanang Photo Bureau
FacebookTwitterLinkedinMix

LOS ANGELES, CA.- Philippine President Benigno S. Aquino III conferred the Order of Sikatuna, with the rank of Grand Cross (Datu) to Ambassador Jose L. Cuisia, Jr. in recognition of the envoy’s exemplary accomplishments in working for the advancement of the country’s national interests in its relations with the United States, in a ceremony during the President’s engagement with the Filipino communities in Los Angeles and southwestern United States on Wednesday, February 17.

The Order of Sikatuna

The Order of Sikatuna is an order of diplomatic merit conferred upon individuals who have rendered exceptional and meritorious services to the Republic of the Philippines; upon diplomats, officials, and nationals of foreign states who have rendered conspicuous service in fostering, developing, and strengthening relations between their country and the Philippines; or upon personnel of the Department of Foreign Affairs (DFA), both in the home office and in foreign service. The Order of Sikatuna is one of the three senior honors of the Republic, the other two being the Philippine Legion of Honor and the Order of Lakandula.

The President described the Ambassador, as well as other political appointees Foreign Affairs Secretary Albert Del Rosario and Philippine Ambassador to Japan Manuel Lopez as self-starters, who propose solutions to problems and are tireless in promoting the interest of the Philippine Government and Filipino people in their places of assignment.

H.E. Jose L. Cuisia, Jr. was appointed Ambassador Extraordinary and Plenipotentiary of the Republic of the Philippines to the United States by President Aquino III on 30 November 2010 and confirmed by the Commission on Appointments on 9 February 2011. He formally assumed his post at the Philippine Embassy in Washington, D.C. on 2 April 2011 and presented his credentials to US President Barack Obama on 7 July 2011. 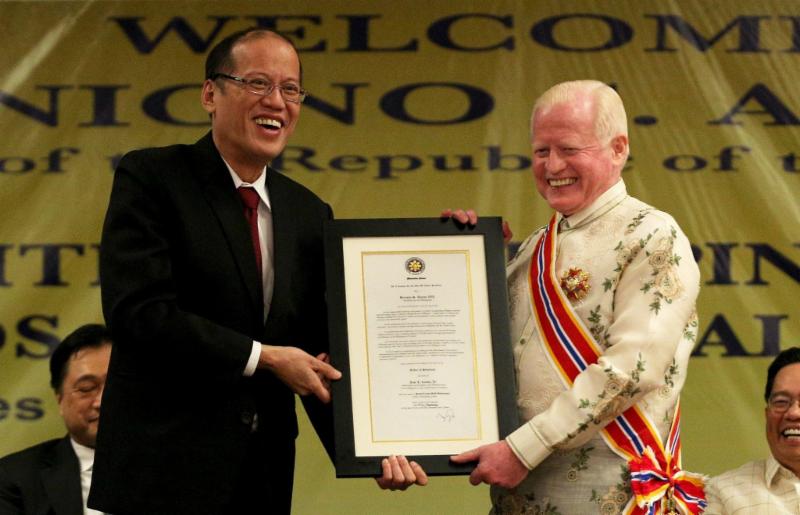 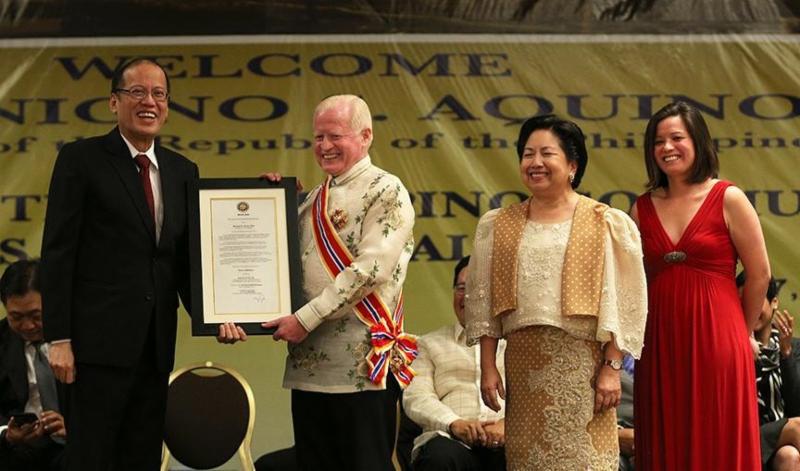 
The US-Philippines Society, through its Co-chairs John Negroponte and Manny Pangilinan, extended their congratulations to Ambassador Cuisia. US-Philippines Society Executive Director Hank Hendrickson said, “Ambassador Jose L. Cuisia, Jr. is recognized as one of the most energetic and effective diplomats on the Washington circuit. He has been a perfect representative of the Philippines under the Aquino Administration as it made impressive strides in good governance, economic growth and enhanced security over the past six years. Due in large part to Ambassador Cuisia, relations between the United States and the Philippines have never been better.

He was instrumental in the 2012 launch of the US-Philippines Society and has been an invaluable partner in sustaining the Society’s work over the past four years. Thanks to Ambassador Cuisia’s support, the Society has gained a strong reputation and firm foundation for carrying out its mission in the years ahead,” Mr. Hendrickson added.

Message of Appreciation from Ambassador Cuisia

“I am humbled and greatly honored by this recognition. I sincerely thank President Aquino and Secretary Albert Del Rosario for entrusting me with one of the most important diplomatic posts of our country. Without their trust and confidence, I would not have had the opportunity to further develop our alliance and partnership with the United States,” Ambassador Cuisia said.

He also lauded the Filipino communities in the United States for their energy and resilience.

“Everywhere I go in this country, Americans and other foreigners would tell me their positive views about their Filipino colleagues, neighbors, friends and acquaintances. These testimonials make me proud to be your Ambassador and inspire the Philippine Embassy and Consulates in the US to ensure that we represent our country effectively.”

“His principled leadership, unwavering dedication, and indefatigable energy have resulted in a re-energized Department anchored on a foreign policy that embraces the total protection of national interest,” the Ambassador said.