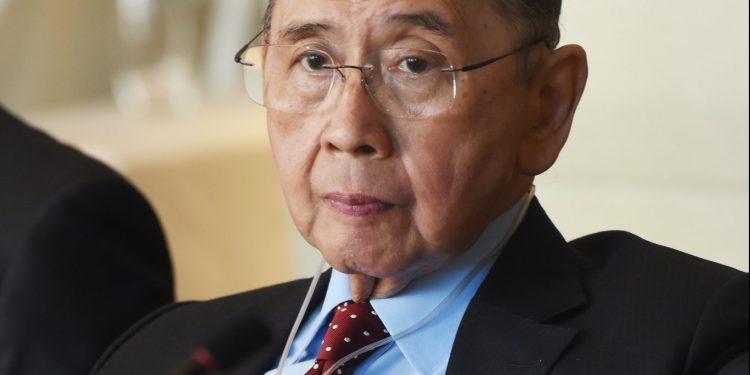 Mr. SCOTT of Virginia. Madam Speaker, as Co-Chair of the U.S.-Philippines Friendship
Caucus, I rise today to pay tribute to a great Philippine statesman and friend to the United
States, Ambassador Roberto ‘‘Bobby’’ R. Romulo, who passed away on January 23, 2022.

Ambassador Romulo graduated from Georgetown University with a Bachelor of Arts in Political Science and Ateneo de Manila University with a Bachelor of Law. He started his professional career as an IBM marketing trainee in New York City. During his IBM career; he held marketing and management positions in New York, Thailand, Burma, Bangladesh and the Philippines, where he was President and General Manager.

In 1989, he was appointed Ambassador to Belgium, Luxembourg and the Commission of the European Communities. He was then elevated to the top of the Philippines’s Department of Foreign Affairs in 1992. As a diplomat, he was decorated by the governments of Belgium, Thailand, Spain, Chile, France and the Philippines.

In 1995, Ambassador Romulo rejoined the private sector and was elected Chairman of Philippine Long Distance Telephone Co. (PLDT), and Vice-Chair of San Miguel International. He was Chairman of Interpharma Investments Ltd. (Zuellig Pharma) from 1997 to 2007 and was a board member of MIH (a subsidiary of NASPERS, a South African Company) from 2002 to 2013. From 2003 to 2010, he served as an independent director of Singapore Land and UIC. Most recently, Ambassador Romulo was the Chairman of various organizations including AIG Philippines Insurance, Inc., MediLink Network Inc. and Nationwide Development Corporation (NADECOR). He also held board memberships at various corporations including PLDT, Equicom Savings Bank, Robinsons Retail Holdings, Inc., Maxicare Healthcare Corporation, and McLarty Associates.

In 1996, Ambassador Romulo was the founding Chairman of the APEC Business Advisory Council and continued as Chairman of the Philippine representation of the Council until 2010. From 1999 to 2001, he was Chairman of the e-ASEAN Task Force. From January 2001 to January 2007, he served as probono senior advisor on international competitiveness to Philippines President Gloria Arroyo. He was a Co-Founder and Trustee of the US-Philippines Society. He administered the Society’s ‘‘Carlos P. Romulo Awards’’ in recognition of the contributions of Filipinos and Americans who have strengthened Philippines-U.S. ties, a core mission of the Society.

He was also chairman of non-profit foundations: the Carlos P. Romulo Foundation for Peace and Development, which raises awareness of critical issues that significantly impact the peace and development of the Philippines and the region at large; the Zuellig Family Foundation, which focuses on improving health conditions in rural Filipino communities by providing training programs for local government health leaders; and the Asia-Europe Foundation of the Philippines, which brings together the peoples of Asia and Europe to address common global challenges.

Madam Speaker, I ask my colleagues to join me in paying tribute to an extraordinary diplomat, statesman, and friend to the United States. Ambassador Romulo will be sorely missed by so many for his frankness, honesty, and dedication to deepening relations between our two countries.