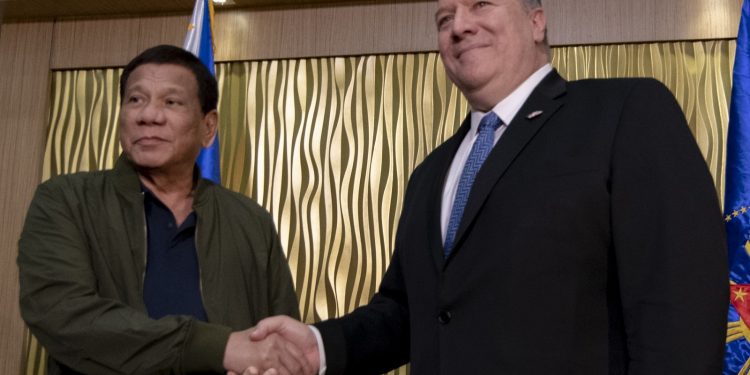 The Philippine government’s recent announcement to terminate the Visiting Forces Agreement (VFA) raises questions about the shape of future security ties with the United States and its impact on the broader bilateral relationship. Will the two alliance partners be able to fashion new security arrangements to sustain the pace of joint exercises, training, force modernization, counter-terrorism cooperation, and ship visits that facilitate U.S. Navy deployments in the South China Sea? What are the prospects for enhanced bilateral trade and investments agreements? How is the Philippines dealing with the health and economic impact of Covid-19?

Just returned from Manila, Ambassador Jose Manuel G. Romualdez will share his perspectives and an update on the current state of PH-US relations and the way forward over an off-the-record luncheon on Monday, March 9 from 12:00-1:30 pm in the Stimson Center Joint Conference Room.

This event is supported by the Stimson Center’s Southeast Asia Forum in partnership with the US-Philippines Society. Stimson’s Bill Wise will moderate the discussion.

Please RSVP OR REGISTER by 12 PM on Friday, March 6. Click on the link below. Due to ongoing public health concerns, we have been advised to request that people who have recently visited the five tier-3 CDC countries of China, Japan, S. Korea, Iran, and Italy not attend this event. 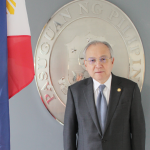 Jose Manuel “Babe” del Gallego Romualdez was appointed Ambassador of the Republic of the Philippines to the United States of America in July 2017 by President Rodrigo Roa Duterte. On 29 November 2017, he presented his credentials to US President Donald J. Trump and formally assumed office as Ambassador Extraordinary and Plenipotentiary. Additionally, as the head of the Philippine Embassy in Washington, D.C., Ambassador Romualdez is concurrently the Philippines’ emissary to the Commonwealth of Jamaica, Republic of Haiti; Republic of Trinidad and Tobago; Antigua and Barbuda; Bahamas; Barbados; Dominica; Saint Kitts and Nevis; Saint Vincent and the Grenadines; and Saint Lucia.

Prior to his appointment, Ambassador Romualdez was designated as a special envoy of the Philippine President to the United States. He also served as a member of several Philippine business delegations visiting the United States, China, Japan and New Zealand from 1989 to 2012.

Ambassador Romualdez has extensive experience as a media practitioner and business executive. He used to be the Chief Executive Officer of Stargate Media Corporation and Publisher of People Asia Magazine (The Philippine Star affiliate). He was president of the Manila Overseas Press Club and vice-president of Rotary Club of Manila.

Ambassador Romualdez writes columns for The Philippine Star. All his columns have a wide following of readers both in the Philippines and abroad.

Born and raised in Manila, Ambassador Romualdez received a Bachelor of Science degree in Business Administration from De La Salle College in 1970. An avid golfer, he is affiliated with Manila Golf and Country Club and the Manila Polo Club.