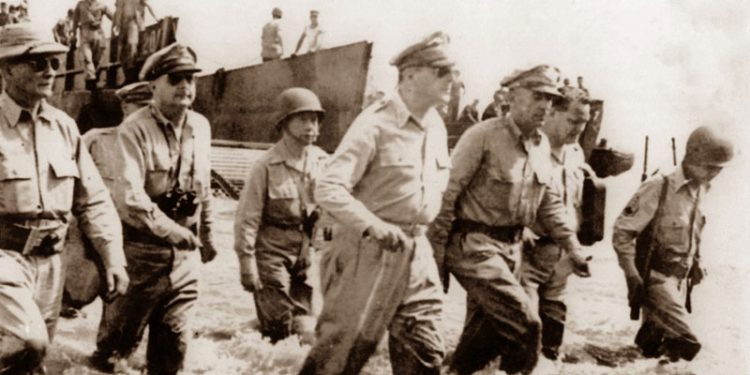 Always an honor to come to the MacArthur Memorial, to visit with friends among the Fil-Am community in Southeastern Virginia, and partner with Consul General Rene Villa of the Philippine Embassy.

We are here to commemorate the 75th anniversary of the Leyte Landing, the first step in the liberation of the Philippines and a vital stepping stone toward the end of occupation and victory in the Pacific War.

Strong and effective cooperation between Filipino and American forces is an enduring feature marking the wartime period, with the forging of bonds that were nurtured by General MacArthur and fulfillment of his “I shall return” pledge.

But, there is another ingredient critical to the steadfast determination of so many Filipinos to stand with America. And that is a point worth touching on as we gather here this evening. The cooperation we speak of between U.S. and Philippine forces in World War II, and broad public backing for it throughout the Philippines, was a direct product of policies and actions by political leaders of both countries stretching back more than 25 years before the war.

A useful starting point is to remember the role of Virginia Congressman William Atkinson Jones, who authored the 1916 Jones Act on Philippine independence. Many of you may be familiar with the Jones Bridge in Manila, named in his honor. This enlightened and historic piece of legislation came after lengthy and divisive debates on Capitol Hill in the early 1900’s.

The Jones Act represented the first U.S. legislative commitment to Philippine independence and was followed by more concrete steps in the decades that followed. Of course, it would have been impossible at the time to foresee that a process toward independent governance put in place in 1916 would result in a bond between two peoples to fight, suffer together, and ultimately defeat a wartime aggressor a quarter of a century later.

In looking back on that crucial 28-year period between 1916 and 1944, there are reminders for both Filipinos and Americans today that “doing the right thing” can actually produce the “right result.” Setting a course toward independence less than two decades after the Spanish-American War and barely a decade after the Filipino-American War – and at a time when the world’s imperial powers were wedded more than ever to colonial empires — was clearly the “right thing,” which netted cooperation and friendship years later at a time of testing.

Being here with Dr. Romulo reminds me of a book written by his grandfather titled, “I Saw the Fall of the Philippines,” an eye-witness account written during the war.  Carlos P. Romulo, who waded ashore at Leyte with MacArthur, observed that as a young man prior to the war he had traveled through much of colonial Southeast Asia. After meetings with student and civic leaders in the region, he documented their resistance to European rule. Then, when war came many initially warmed to the Japanese position – a so-called “Co-Prosperity Sphere;” few aligned themselves politically with the colonial power. Among Southeast Asians, Filipinos were unique in organizing themselves and carrying out the fight against Japanese Imperial forces with the allies.

That fact is a testament to the power of the groundwork of cooperation between America and the Philippines, and the confidence Filipinos had in the promise of self-government, finally achieved in 1946, and of General MacArthur’s inspirational pledge to return.

Let me close by also recognizing the veterans and their families here who deserve our thanks for their service, as we remember those who sacrificed so much in the struggle for freedom 75 years ago.

Author Margaret Sullivan's Remarkable Journey in Indonesia and the Philippines 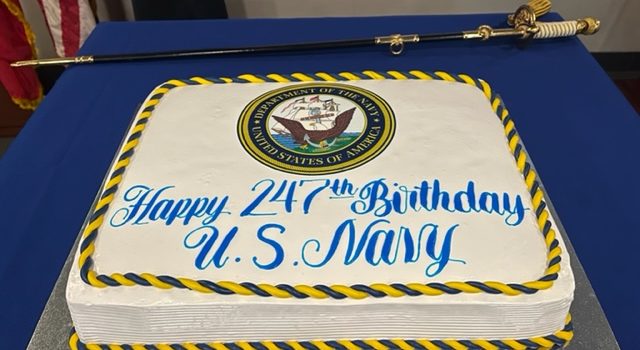