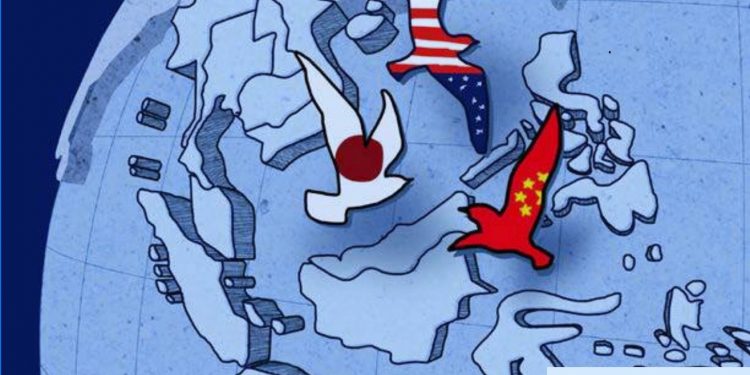 A Publication of Center for a New American Security

As the competition between the United States and China to shape the course of the 21st century intensifies, Southeast Asia has become a contested space. A region where geopolitical orientations remain fluid, Southeast Asia lies at the front line of Beijing’s expanding diplomatic influence, economic leverage, and military capability. At stake is whether countries across the region can retain their economic sovereignty and freedom of decision, and whether governance in the region will broadly trend toward greater freedom and openness, or the opposite.

Now is the time to revisit America’s approach toward Southeast Asia. After reaching a high point during the Obama presidency, U.S. engagement with the region lost momentum at the outset of the Trump administration.

That has since changed, as the Trump administration has come to recognize that its overall effort to compete with China will falter if it fails to get Southeast Asia right.

As the United States renews its approach toward Southeast Asia, it is not alone. U.S. allies and partners in the wider Indo-Pacific region and beyond can play a critical role in enabling Southeast Asia to chart a future on its own terms. In particular, Japan, with its long-standing economic ties in the region and enduring diplomatic influence, stands out. And while Washington and Tokyo already coordinate their strategies toward Southeast Asia to a degree, ample room exists for new joint initiatives.

Southeast Asia has emerged as the most contested space in the Indo-Pacific. The following observations, which are based on extensive field research*, capture the regional state of play:

*Field research informing this report includes meetings with officials, foreign policy experts, and business representatives from Indonesia, the Philippines, Malaysia, Singapore, South Korea, Thailand, and Vietnam, as well as a workshop in Japan.

A Renewed Approach to Southeast Asia

The United States should craft a comprehensive, whole-of-government approach to the region along four primary axes: economics, security, diplomacy, and its alliance with Japan. The following are a selection of the high-impact recommendations advanced in the report: