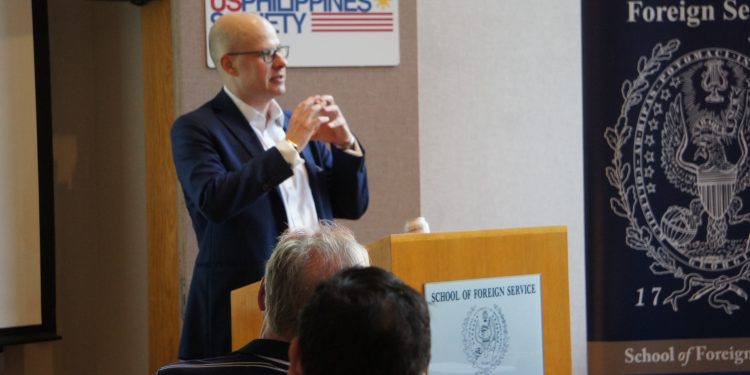 Max Boot, Best-Selling Author of "The Road Not Taken."
FacebookTwitterLinkedinMix

Washington, D.C. – At an October 3 book presentation, “A Quiet American: Edward Lansdale in the Philippines and Vietnam,” best-selling author and foreign policy analyst Max Boot gave an overview of the career and personal life of Edward Lansdale, a famed operative who pioneered a “hearts and minds” approach to defeat insurgency in the post WWII Philippines. Several books have been written based on Lansdale’s legendary life, but in his book, “The Road Not Taken,” Boot brings to light new information gleaned from extensive interviews and Lansdale’s private letters.

Boot traced Lansdale’s lifelong commitment to America’s founding principles, beginning as a young student in California, and how he sought to promote democratic reforms to combat communist insurgencies in the post-war period. Lansdale, who was free of personal racial bias, employed crafts learned as a former advertising executive to hone the art of persuasion that proved effective in his dealings in Asia.

Boot recalled Air Force Officer Lansdale’s first Philippine assignment, 1945 to 1948, was focused on intelligence gathering. Lansdale quickly immersed himself in Philippine politics and culture – food, music, and folklore. He authored a comprehensive ethnographic survey in the aftermath of Japan’s defeat in WWII. 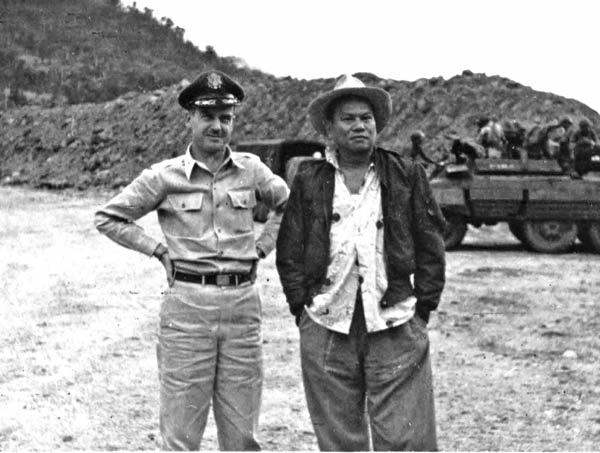 Boot attributes Lansdale’s winning strategy to his pioneering efforts to win the “hearts and minds” of dissatisfied farmers and rural dissidents who were targeted by the Maoist-inspired HUK militants. Less dependence on firepower can prove more effective in a rural insurgency. Lansdale also advocated political reforms aimed at winning over the population by redressing grievances. Charismatic and eager to listen, Lansdale developed strong bond with reform-minded Filipinos. He reached out to the free press and helped form the National Citizen’s Movement For Free Elections (NAMFREL) to thwart fraud and promote honest elections. Running on a reform platform, Magsaysay went on to win the 1953 election in a landslide, undercutting the appeal of the HUK movement and effectively ending the insurgency.

Lansdale’s successful execution of counter-insurgency strategies in the Philippines earned praises from leaders in Washington, including Presidents Johnson, Kennedy and Nixon. In 1954, he was sent to Vietnam where he helped form a non-communist South Vietnamese government. Under “Operation brotherhood” Lansdale enlisted Filipino doctors and nurses in medical missions to Vietnam. In 1956, Lansdale returned to Washington where he held advisory positions. He later returned to Vietnam, where the war had evolved in new and even more challenging ways.

Drawing on Lansdale’s experience, Boot offered his insights into America’s war on terror and 21st century responses to asymmetrical warfare challenges, often in states where political institutions are weak. “Insurgencies will re-form themselves,” Boot asserted. In the Philippine case, “the reoccurrence of insurgencies in Mindanao is in part a reaction to governance issues,” he added.

Following his presentation, Boot fielded questions from the audience representing the academe, policy institutes, foreign affairs practitioners, members of the US-Philippines Society and the Fil-am community. Boot debunked theories of Lansdale’s involvement in the Kennedy assassination and pointed out the success and limits in Lansdale’s lone-wolf operations. 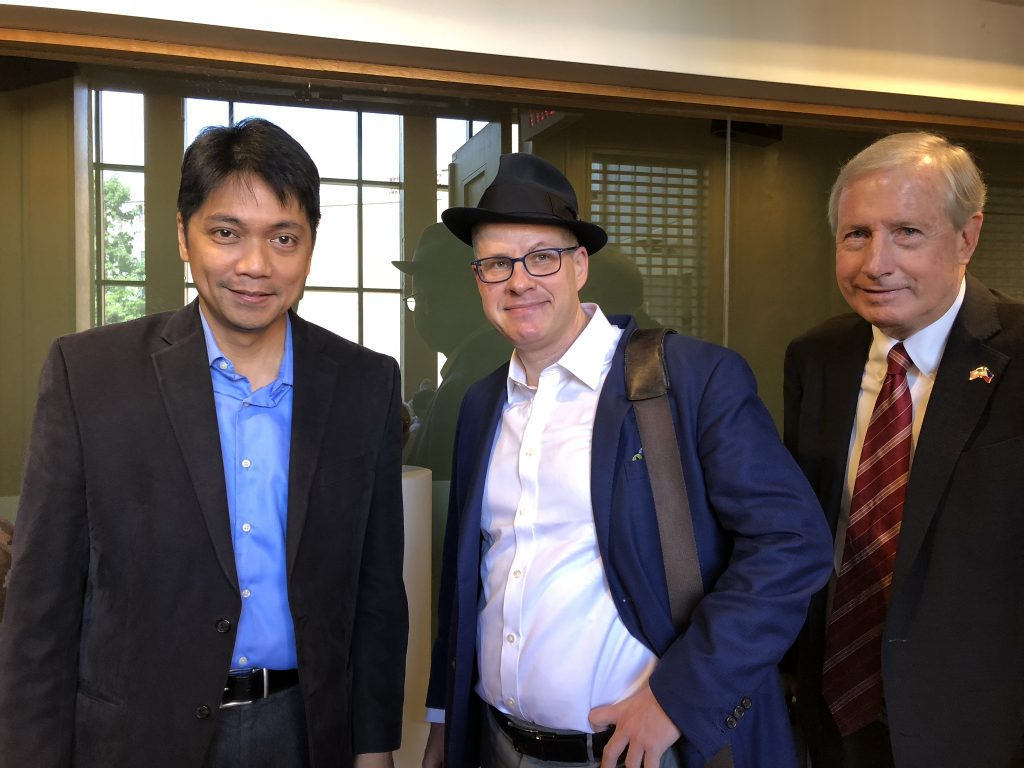 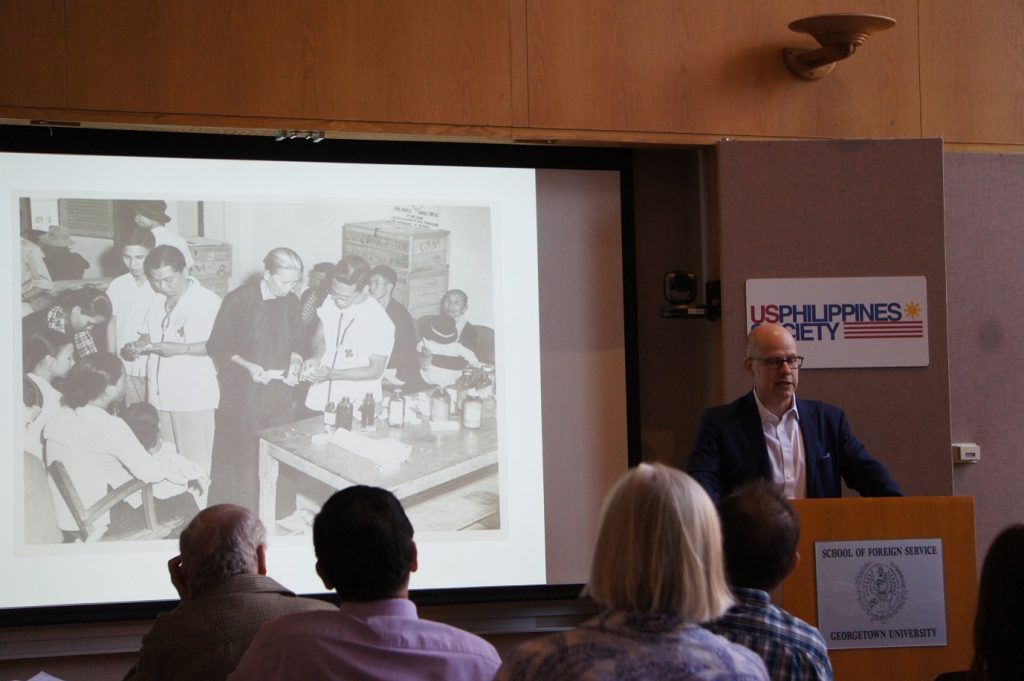 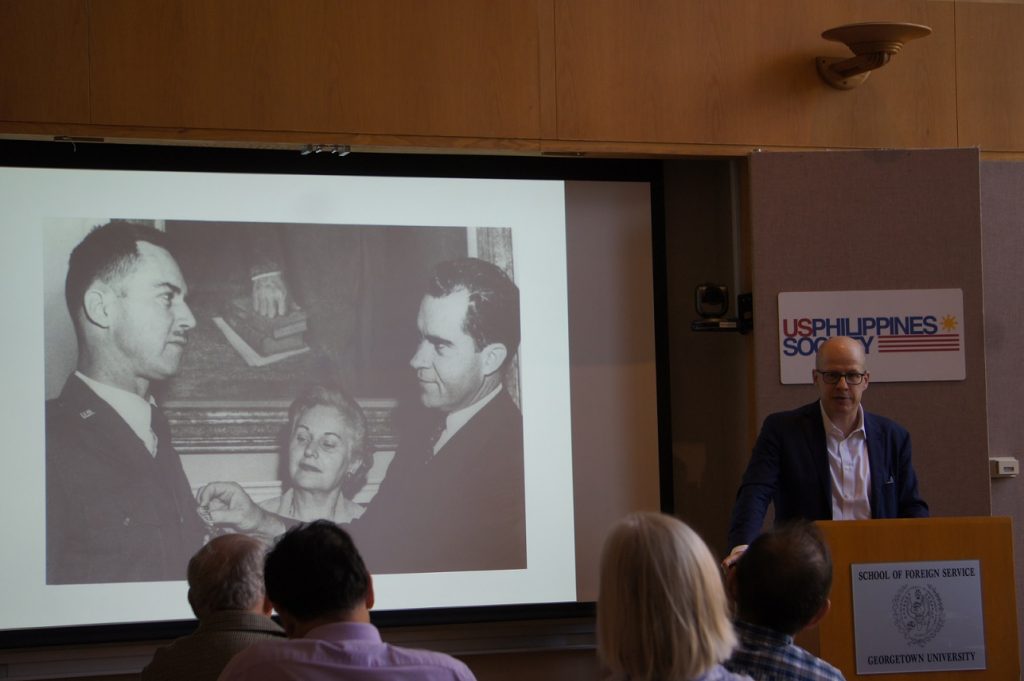 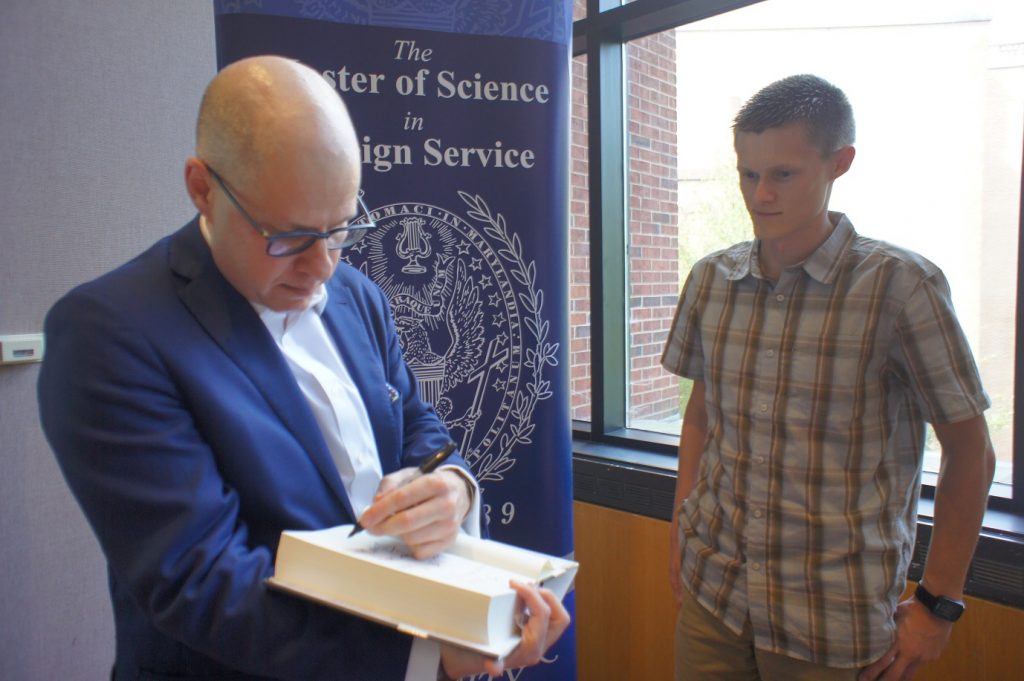 At the conclusiion of the event, Max Boot signs his book “The Road Not Taken”