Washington SyCip Remembrance: Remarks on the links between Mr. SyCip and the metro DC area 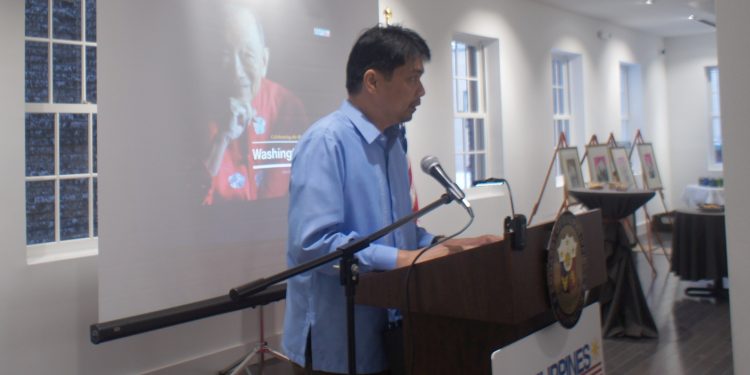 It is an honor to be here with the US-Philippines Society, the Philippine Embassy – all of you – to celebrate the life of an extraordinary individual. I had the privilege of meeting Mr. SyCip some years ago when I worked briefly at the Asian Institute of Management. My country is forever in his debt and I can’t think of a place I would rather be right now, than here – to honor him and his remarkable achievements.

As some of you know, my family and I have spent the last 5 years finding traces of Philippine-American history and culture in the metro DC area. As we remember Mr. SyCip today, we also remember at least three of his ties to the metro DC area that we know from Mr. SyCip’s biography written by Mr. Dalisay as well as from the archival work that my family and I have done. We had the privilege of sharing some of the results of that archival work with Mr. SyCip himself a few years ago.

So there are at least three ties:

The first is his cryptographic work in service of the US Armed Forces.  In 1942, he studied cryptography in Warrenton, VA. Mr. SyCip used his outstanding mathematical skills to learn to break codes in order to decipher coded messages. After learning to break codes, he served alongside American and British cryptographers in India, breaking the intercepted messages of enemy soldiers. An NSA historian recently directed us to personnel records of the China-Burma-India theater where Mr. SyCip served. In time we hope to find more documentation of his military service.

Mr. SyCip’s second tie to the greater metro DC area is his brief teaching career at the College of William and Mary. (I am going to shamelessly claim that Williamsburg is part of the greater metro DC area.) He taught accounting for a semester at the College of William & Mary in 1946 after the war. (Those of us here who still have nightmares about their accounting classes, Mr. SyCip once said of his semester teaching accounting: “It was very relaxing.”) He lived in the college’s Phi Beta Kappa Hall and spent his weekends sight-seeing. We are in touch with the College’s archivists and we have just established that what was the Phi Beta Kappa Hall in 1946 is now Ewell Hall. With their help, we hope to find more documentation of Mr. SyCip’s semester at the College of William & Mary. 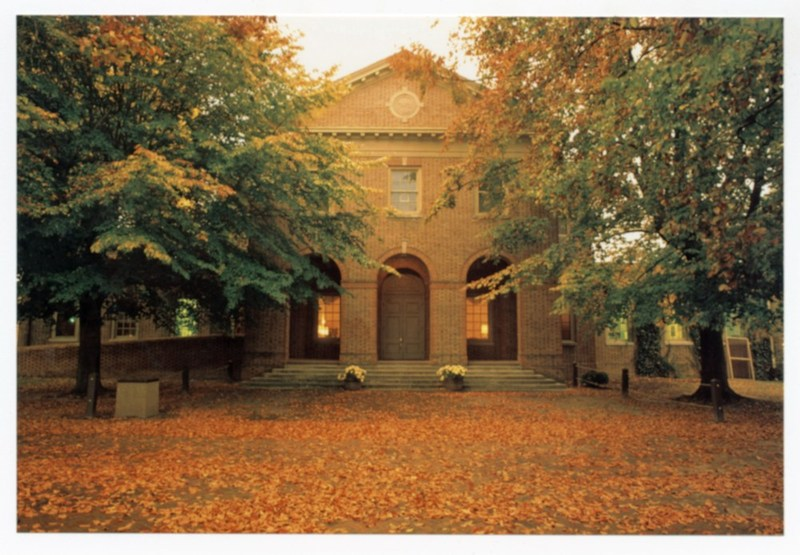 Finally, Mr. SyCip’s third and most enduring tie to the metro DC area is his name. In June 1921, his father Albino SyCip was in DC to argue a case against a new bookkeeping law. That law put local Filipino Chinese accountants at a disadvantage. His father won, and named him Washington. In Mr. SyCip’s biography, he recounts a joke often told by his brother David: “Up to now Wash has semi-annual recurring bad dreams about what might have happened if the old man had been in Buffalo, Walla Walla or Vladivostok.” We also found in the archives some newspaper articles of Mr. SyCip’s father’s trip to DC, an account of a dinner he hosted at the Willard Hotel, and a 1920 photograph, and we shared these with him in 2015.

To our astonishment, he replied: “I can’t quite thank you enough for the articles that you have sent…I was born on June 30, 1921 and my father had won the case at that time and have therefore named me Washington…I have never seen these articles before so this is something that I will pass on to the rest of the family. Wash” I don’t have to tell you that that email is now one my family’s most prized possessions.

So these are at least three ties binding Mr. SyCip and his family to the DC area. I would like to add two more:

First, there are ties that will survive Mr. SyCip, such as this Society for which he served as Co-Chair and the generations of professionals, policymakers and leaders he influenced, including those of you here.

Second, as my family learned recently – there are personal ties between Mr. SyCip’s family and the US that predate his birth. Just last week for example we found his father’s high school yearbook photo, this is from Ann Arbor, Michigan, 1908. We have found numerous other references to Mr. SyCip’s father. It is fitting to remember those ties, because as we celebrate the life of a remarkable man, we also celebrate the many ties that bind the US and the Philippines, a relationship that spans over a century. No doubt my family and I will find many more such references. (We would be happy to share them with you as we find them.)

In his 1908 high school yearbook, the Mr. Albino SyCip asked, “Can knowledge have no bounds?” His own son’s life would seem to suggest that indeed knowledge and aspirations—including one’s deepest aspirations for one’s country and for other people—have no bounds.

It is a privilege to celebrate that life with all of you today.