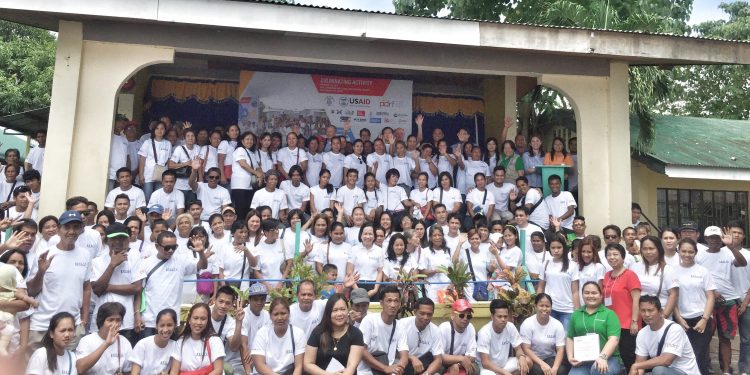 Breach Project turn-over ceremony: housing units for the beneficiary families in Tacloban, who were displaced by the super typhoon in 2013.
FacebookTwitterLinkedinMix

One of the eco-friendly houses that were turned over to the victims of Super Typhoon Yolanda in Tacloban City. PDRF PhotoBuilding homes of hope and resilience

There is hope even in the darkest of times.

Almost four years after the tragic Super Typhoon Yolanda, the people of Tacloban City have opened new chapters in their lives.

Exhibiting the resiliency of the Filipino spirit, they have held on to light and optimism despite chaos and grief.

Over a hundred families in Barangay Suhi, Tacloban, who were displaced by the super typhoon in 2013 were recently given eco-friendly houses under a program jointly run by the Philippine Disaster Resilience Foundation (PDRF) and the Tacloban City government, with the support of United States Agency for International Development (USAID).

Called “butterfly houses,” these transitional dwellings are made from eco-boards which consist of 100 percent recycled materials — 80 percent plastic and 20 percent aluminum. These innovative housing units are fire-proof and water-proof and can withstand storm winds with speeds of up to 195 kph.

Each house measures 18 square meters, which is good for a family of five, adhering to the sphere standard for housing which is 3.5 square meters per family member. 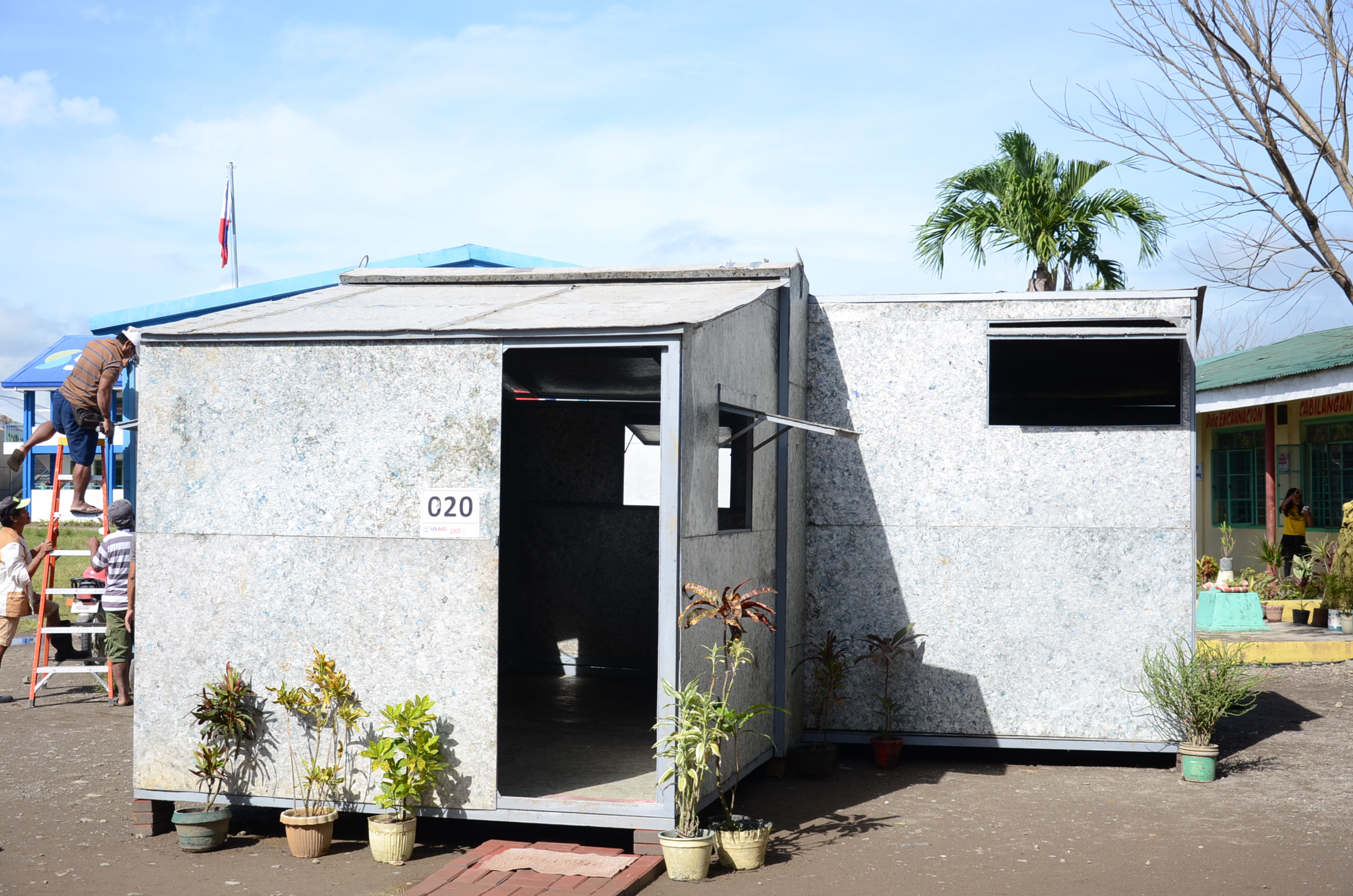 “We hope this project becomes a means for the people of Tacloban to realize their dreams of rebuilding their communities,” said PDRF president Butch Meily.

These dwellings are the second batch of butterfly houses turned over to families in Tacloban under the program called Building Resilient and Economically Adept Communities and Households (Breach) of USAID.

Under a two-year cooperative agreement, USAID tapped PDRF to deliver an integrated package of assistance to families in northern Tacloban. PDRF works with local and international partners to mobilize resources to expand the benefits of the USAID support by leveraging existing resources, fundraising activities and provision of pro bono expertise.

“The US government is pleased to be your partner in rebuilding Leyte, and we look forward to our continued partnership with the Philippine government to achieve our goals towards an inclusive and resilient world,” said USAID Contracts and Agreement officer Sandra Jensen.

The US-Philippines Society (USPS), which has long supported various projects of PDRF, were also in attendance during the event. They were represented by key officers including Executive Director Hank Hendrickson and USPS Founding Director Henry Howard. Howard, who has stayed in Cagayan de Oro for some years, led the crowd for a moment of silence in honor of the 120 pupils from San Jose Elementary School who perished during Super Typhoon Yolanda.

Last February 2016, 44 butterfly houses were turned over to selected beneficiary families, 30 of whom were provided through donations raised by about 1,800 employees of PLDT through their “House of Joy” project.

Twenty-nine-year-old aspiring baker Jim Anthony Adonis, one of the beneficiaries of the butterfly houses, expressed his gratitude to PDRF for the opportunity given to him to start anew.

Breach supports the development of a transitional community by providing individual shelter units, access to basic services, transport systems to facilitate mobility of goods and people, and economic opportunities, and capability building for disaster preparedness and strengthening risk mitigation for the community.

PDRF conducted consultations with partners and the Tacloban LGU and identified Barangay Suhi as the community to be developed through Breach.

The completion of the Breach Transitional House units includes installed solar kits, water and sanitation facilities, to start the transport system operation, to establish community cooperative and to implement livelihood projects within the area.

As part of the program, PDRF has partnered with the Negros Women for Tomorrow (NWT) to set up a transportation business using 12 multicabs as a livelihood project for the community. The multicabs were turned over to NWT, which will serve at least 14,000 families relocated in the northern area of Tacloban. /PR