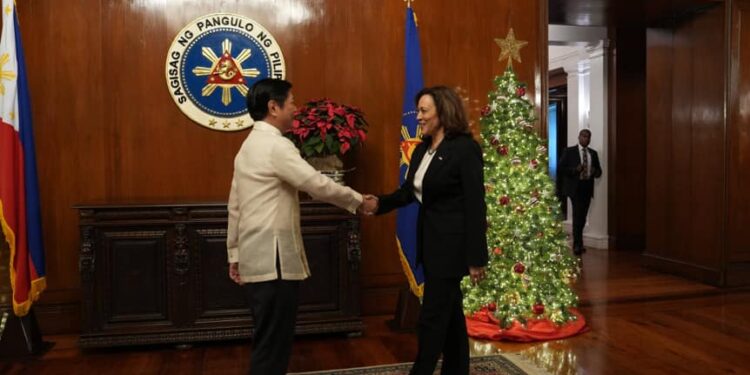 President Ferdinand R. Marcos, Jr. and Vice President Kamala Harris, November 20, 2022, Malacañan, Philippines. Source: PH Office of the Press Secretary OIC Secretary Velicaria-Garafil.
FacebookTwitterLinkedinMix
President Ferdinand R. Marcos Jr welcomed Vice President Kamala Harris on her first visit to the Philippines. The two leaders participated in the Asia-Pacific Economic Cooperation (APEC) Summit in Bangkok the previous week.
“The relationship between our two countries is something that we both — both our countries have really come to depend upon. And the more the upheavals that we are seeing, especially in the region, this partnership becomes even more important,” stated President Marcos Jr.

VP Harris addressed the Philippine Coast Guard, government officials, and the fisherfolk community, during her visit to Palawan which lies along the West Philippine Sea “to underscore the importance of international law, unimpeded commerce and freedom of navigation in the South China Sea.”

“To protect the economic vitality of these communities, to protect the ecosystems they rely on, and to protect lives and livelihoods, we must uphold international rules and norms. And that is why our work here is so very important.

We must stand up for principles such as respect for sovereignty and territorial integrity, unimpeded lawful commerce, the peaceful resolution of disputes, and the freedom of navigation and overflight in the South China Sea and throughout the Indo-Pacific.

To the Philippine Coast Guard, you are on the frontlines of standing up for the international rules-based order. Each and every day, as you patrol these waters, you uphold the rules and norms that are vital to the prosperity of the Filipino people and people around the world.

The United States and the broader international community have a profound stake in the future of this region. America’s prosperity relies on the billions of dollars that flow through these waters every day. And we are proud to work with you in your mission.” 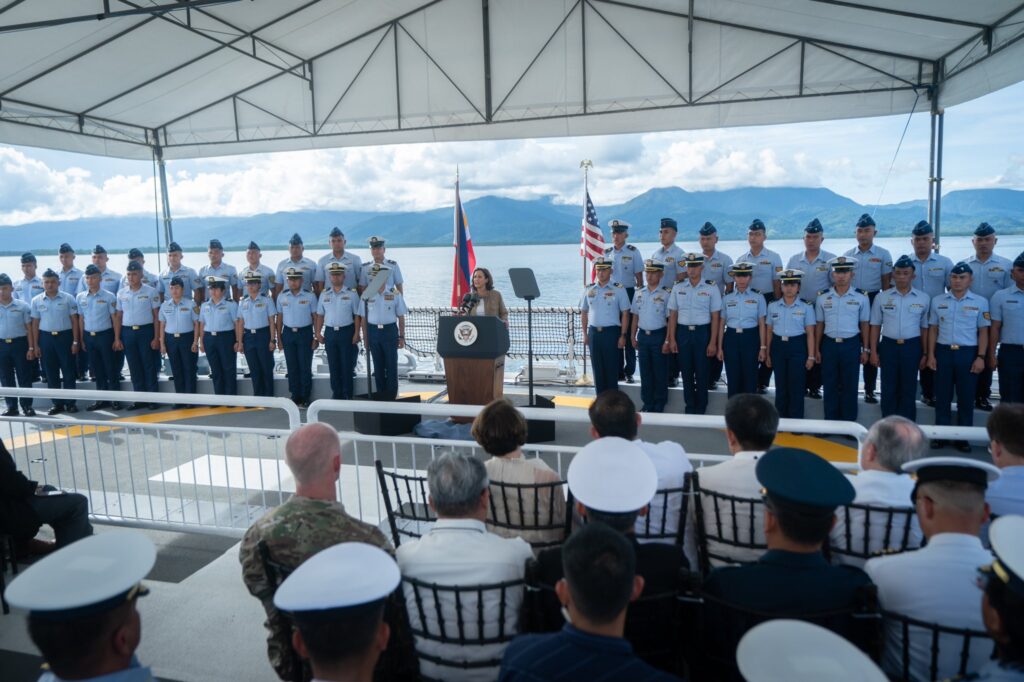 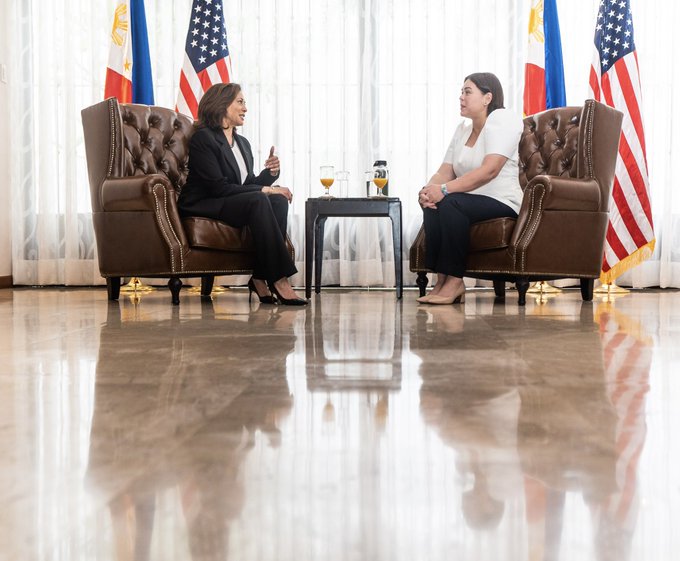 VP Kamala Harris and Sara Duterte-Carpio met during VP Harris visit. They discussed education policy and ways to improve literacy and access to high-quality education for children in the Philippines