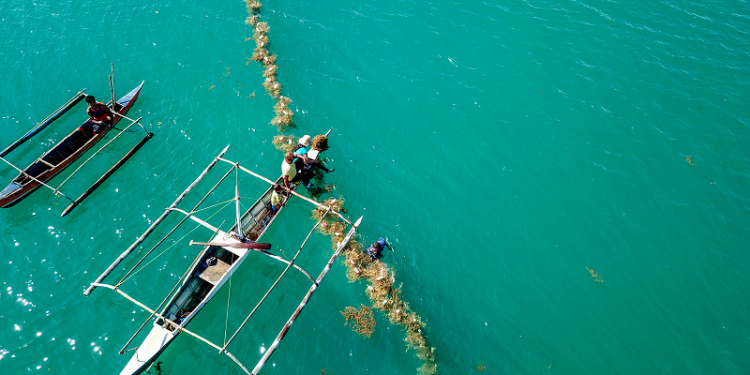 Climate Change in the Philippines

a Virtual Forum via Zoom

Our discussion will address the Philippines’ vulnerability to climate change effects; what actions the Philippine government, private sector, and NGOs are taking to mitigate these effects and increase national resilience, how the Philippines is working with ASEAN and international organizations to affect broader policy on climate change, and what the long-term implications of climate change are for the nation, the region, and beyond.

If you have any questions about our virtual forum or how to register, please contact info@usphilsociety.org 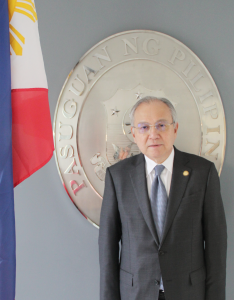 H.E. JOSE MANUEL G. ROMUALDEZ
Ambassador of the Republic of the Philippines
to the United States of America

Jose Manuel “Babe” del Gallego Romualdez was appointed Ambassador of the Republic of the Philippines to the United States of America in July 2017 by President Rodrigo Roa Duterte. Ambassador Romualdez is concurrently the Philippines’ emissary to the Commonwealth of Jamaica, Republic of Haiti; Republic of Trinidad and Tobago; Antigua and Barbuda; Bahamas; Barbados; Dominica; Saint Kitts and Nevis; Saint Vincent and the Grenadines; and Saint Lucia.

On 29 November 2021, President Rodrigo Duterte conferred the Order of Sikatuna, with the rank of Datu (Grand Cross), Gold Distinction on Ambassador Romualdez. He received the Order of Sikatuna in recognition of his meritorious contributions to the strengthening of the longstanding comprehensive ties between the Philippines and the US, for his steadfast efforts to further deepen Philippines-US alliance, for promoting trade and investment, and for his laudable initiative in the procurement of 20 million doses of Moderna COVID-19 vaccines.

Born and raised in Manila, Ambassador Romualdez received a Bachelor of Science degree in Business Administration from De La Salle College in 1970. He plays golf as a pastime, and is affiliated with Manila Golf and Country Club and the Manila Polo Club. 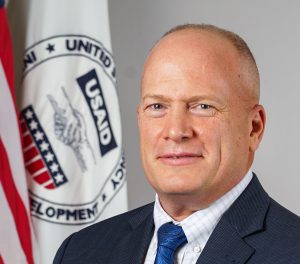 Craig Hart is a career member of the USAID Senior Foreign Service and has served as the Deputy Assistant Administrator for East Asia and the Pacific since August 2020. Prior to this, Craig served as Deputy Mission Director in Vietnam from 2016 to 2020. Since joining USAID in 2005, he has served as a Program Officer in Tanzania, Afghanistan, the Republic of Georgia, and Washington, DC.

Craig is a recipient of the 2011 C. Herbert Rees Memorial Award, the USAID Distinguished Honor Award in 2015 and 2020, and the Department of State’s Distinguished Honor Award in 2021. Craig holds a B.A. from the University of Kentucky, a M.Ed. in Education Administration from the University of Vermont, a M.S. in National Security Strategy from the National War College and was a Seminar XXI Fellow at the Massachusetts Institute of Technology 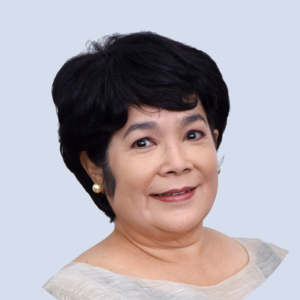 Ma. Antonia “Toni” Yulo Loyzaga is the President of the National Resilience Council, a science and technology based public private partnership in the Philippines, aimed at the implementation of the Sendai Framework for Disaster Risk Reduction, the Sustainable Development Goals and the Paris Climate Agreement. She is a member of the United Nations International Office for Disaster Risk Reduction (UNDRR) Asia Pacific Scientific and Technology Academia Advisory Group (APSTAG). She also serves as Trustee of the Manila Observatory and member of the Science Advisory Board of the Integrated Research on Disaster Risk International Center of Excellence-Taipei (IRDR ICoE). Toni is a Trustee and the Treasurer of the Forest Foundation Philippines which was established under bilateral agreements between the US and the Philippines through the US Tropical Forest Conservation Act. 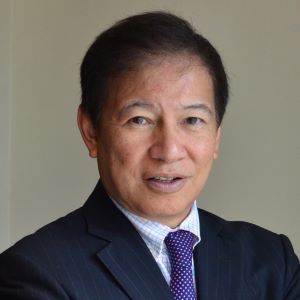 Rene “Butch” Meily is the President of the Philippine Disaster Resilience Foundation (PDRF), a private sector disaster management organization that includes many of the major business groups in the country. Under his leadership, PDRF has become a global model used by the UN as a showcase for local business disaster response networks. Philippine Long Distance Telephone (PLDT), his parent company, received the 2016 Prince of Wales Business in Community UPS International Disaster Relief Prize for its work in mobilizing PDRF during Super Typhoon Haiyan. PDRF currently operates the world’s only national private sector Emergency Operations Center. 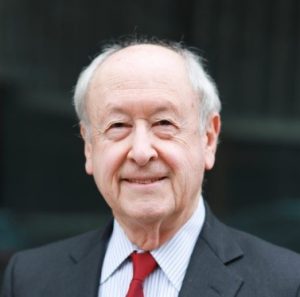 Thank you for your attention and response, and we look forward to seeing you on Wednesday, February 2. 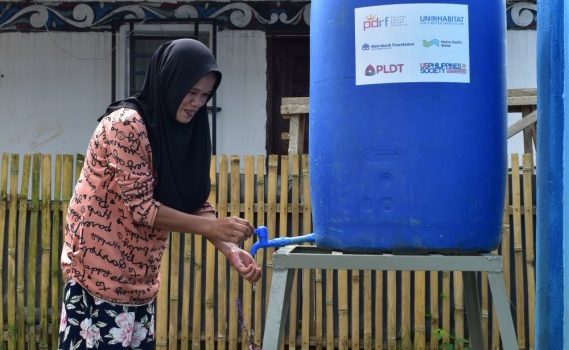