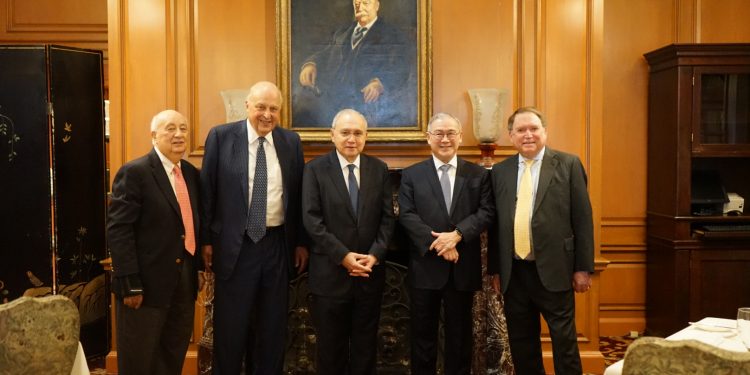 As the Philippines and the United States mark the 75th anniversary of Diplomatic Relations, Secretary of Foreign Affairs Teodoro L. Locsin engaged with members of Congress in Washington DC, September 28-October 1. During his visit, the US-Philippines Society hosted a luncheon in honor of the Secretary at the Taft Dining Room, the University Club. Pictured above the fireplace mantel is U.S. President William Howard Taft, first head of the Philippine Commission and Civil Governor of the Philippines (1900-1903) prior to becoming the Secretary of War and founding president of the University Club (1904).

Secretary Locsin provided an off-the-record briefing for Society directors on his meetings with U.S. congressional leaders. Co-Chair Ambassador John Negroponte led a wide-ranging discussion of key foreign policy issues and reiterated the Society’s support for US-PH cooperation in meeting regional and transnational threats. Directors thanked the Secretary for his effective leadership in exploring new ways to strengthen bilateral relations, as the two countries work to sustain security cooperation, confront the pandemic, terrorism, human trafficking, and natural disasters in the face of climate change. 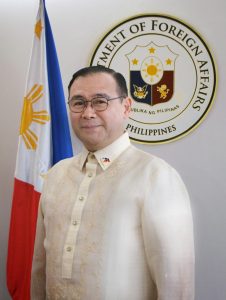 Secretary Teodoro L. Locsin Jr. serves as Foreign Affairs Secretary of the Duterte administration. The Secretary holds a Master of Laws from Harvard Law School, and was publisher, editorial writer, and co- anchor and host of a number of national broadsheets and radio and TV news shows.