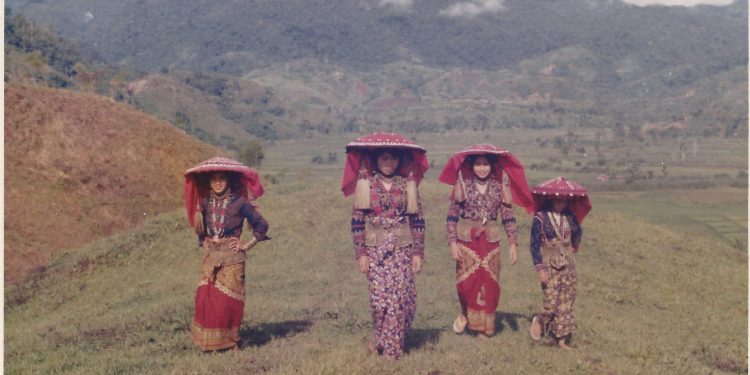 Hower's book showcases the arts and crafts of the Tboli people – brass making and t’nalak weaving. In the early 1970s, T’nalak weaving was becoming a dying art. Hower could only remember five weavers within the service area of Santa Cruz Mission. He later collaborated with the Mission in their efforts of preserving the arts and crafts of the Tboli by documenting in slides the tie-dye process, which took three months to complete.
FacebookTwitterLinkedinMix 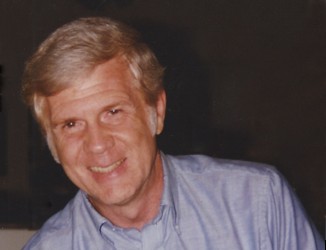 Alvin J. Hower Peace Corps Volunteer (1969-1974). Co-founder of Hower Bates Library Network that sent books to libraries in the Philippines. His wife, Prima, is a Filipina and US-Philippines Society member.

Alvin J. Hower, a former Peace Corps Volunteer in the Philippines, has written a fascinating book entitled No Greater Service, A Peace Corps Photo Memoir (Philippines 1969-1974). The US-Philippines Society recognizes the contributions of Hower and thousands of other volunteers over the past six decades in strengthening education, health systems, agriculture, small business, environmental protections, public service, and development. Their work in the Philippines, largely in rural areas, and the bonds they forged fostered unique and lasting ties between our two peoples. In this short interview, Hower shares memories of his Peace Corps experience, expresses hope that the Peace Corps will remain a vital institution in today’s world, and conveys his evident and continuing attachment to the Filipino people.

The book’s cover introduces No Greater Service stating that, “It offers a stirring, personal, vivid, and action-packed account of a Peace Corps volunteer’s remarkable life in under-served areas of the southern Philippines. With curiosity, empathy, and wry humor, Hower creates a distinct Peace Corps photo memoir. An avid photographer, Hower produced more than 5,000 images of everyday people and the awe-inspiring beauty of a nation of 7,641 islands. He was a teacher and social worker in General Santos City, and a management consultant for a mission school in the remote mountains of Lake Sebu, Surallah, working and living with the indigenous T’boli people.”

Question 1: Describe your Peace Corps service in the Philippines. What inspired you to join; what kind of training did you undergo to become a successful volunteer?

Hower: First, the inspiration came directly from President Kennedy’s famous “Ask not what your country can do for you” inauguration speech and establishment of the Peace Corps in 1961 as a vehicle for translating JFK’s call to action into an opportunity for service. The Philippines was one of the first countries to host volunteers. I volunteered and was sent to South Cotabato.

Peace Corps Volunteers sign up for a two-year term with opportunities to renew. We attended three months of cross-cultural training. We were educated about the customs and traditions of our host country, and participated in immersive language training. I can speak Tagalog to this day. My initial assignment was to temporarily replace two faculty members at Notre Dame of Dadiangas College so they could pursue their Masters in Economics Education. I taught economics and business courses to 500+ students. After I completed my two-year term, I re-enrolled for another two years as the Social Coordinator for the Dadiangas Catholic Parish managing three community centers in the under-served barrios of Silway and Bula. My third term took me to the hinterlands of Lake Sebu, a remote mountainous area of Surallah. I lived and worked with the indigenous people – the T’boli – whose harrowing story was featured in the August 1971 issue of National Geographic. I worked as a Management Consultant for Santa Cruz Mission. I wore many hats. But the most important was writing project proposals to raise funds from USAID, CARE, Catholic Relief Services and other domestic and international charitable organizations to financially support the mission’s programs in education, economic development, agriculture and health. 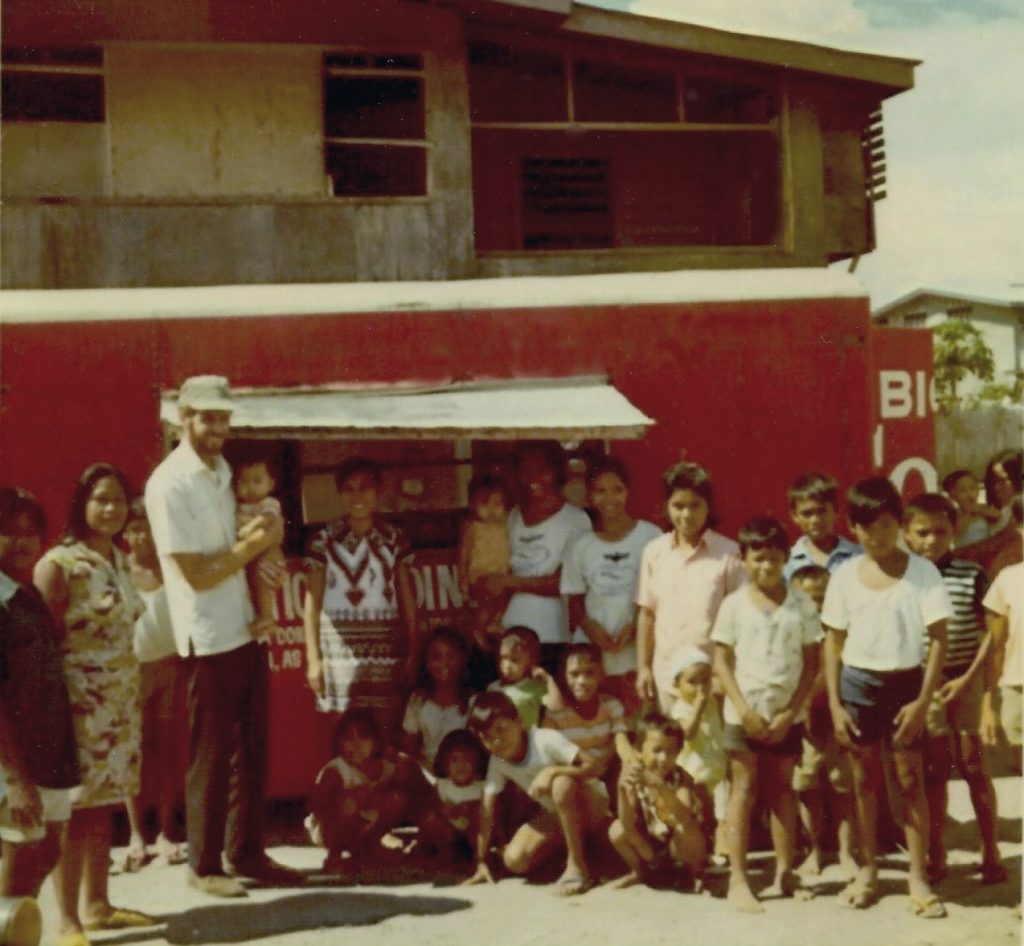 A photo taken at the opening of the Coca-Cola Nutrition Center. As a Social Work Coordinator, Hower managed and operated three community centers in under-served areas of General Santos City in Mindanao. He solicited an old Coca-Cola truck and converted it into a Nutrition Feeding Center serving two Full meals daily to forty children.

Question 2: You wrote a memoir about your Peace Corps service in the Philippines. What motivated you to do it, and what does it reveal about your mindset at the time of PC service?

Hower: In March 2019, I celebrated the 50th year of my joining the Peace Corps with PC Group 31 during a reunion held in Rhode Island. A few months prior, my wife unearthed in the basement two boxfuls of Peace Corps memorabilia. The reunion, the memorabilia, and a nudge from my former Country Director P. David Searles, inspired me to write the book. (David Searles later served as the Deputy Peace Corps Director in Washington, DC and authored the book, Peace Corps Experience, Challenge and Change).

In the book, I included journal entries and personal letters to family that reveal how volunteers felt about their service. For example, in April 1974, I wrote to my dad:
“I really love being a Peace Corps volunteer and very proud of the work we do. Peace Corps has done a lot for me, especially in terms of showing me that the American way of doing things is not always the only way, nor always the better way. It is humbling. And that the trappings of wealth are not always the answer to happiness, a simple way of life can be a source of utter joy and fulfillment.”

A few items of the author’s Peace Corps memorabilia

Question 3: Why is your story relevant today, and what do you wish your readers to take away from your book?

Hower: In April 2020, the Peace Corps recalled all 7,300 volunteers from 60 countries all over the world including the Philippines because of COVID-19. I hope this book will inform the public about the Peace Corps, approaching its 60th year (March 1, 1961 – March 1, 2021), and remind our political leaders that we need the Peace Corps as a positive element of America’s presence on the global stage. I would also want readers to find hope amidst adversity (including COVID-19), and that in the end the resilience of the human spirit will prevail. Even if we could inspire only one person to become a Peace Corps volunteer, the challenges encountered in writing this memoir would have been worth it.

Author’s Note: No Greater Service: A Peace Corps Photo Memoir (Philippines 1969-1974) is also a story of the Philippines, providing information about its complex customs and traditions, as well as the notable accounts of Filipinos I met and their fascinating updates 50 years later. Readers may find it at times hilarious, unvarnished, even sad and grim in parts. It also shares a love story of my romantic alliance with a Filipina girl.

To those feeling dismayed in today’s uncertain times, No Greater Service stands as a testimonial to the enduring power of goodwill, empathy and collaborative spirit to achieve important goals and make this world a better place.

Peace Corps Volunteer Alvin J. Hower and his wife, Prima Guipo Hower, are 2019 Empowerment Awardees for Outstanding International Community Service to the Filipino-American Community. The Howers and their children created The Hower-Bates Library Network in 2004, a network that has sent 55,000+ books to 33 libraries Luzon, Visayas, and Mindanao. The network established three Children’s Libraries at Notre Dame Schools where Hower used to teach. It is also building a fourth library, The T’boli Library and Culture Hub in Lake Sebu, Surallah, Philippines. The Howers have two kids, Linda who works at Gilbane Inc, and Lee Hower, founding member of LinkedIn and Co-founder/Partner of NextView Ventures. They have three grandchildren and all live in Warren, Rhode Island.

Visit the Photo Gallery on the author’s website: https://www.alvinandprimahower.com. A book launch was tentatively scheduled this fall at the Philippine Embassy but due to COVID19, it has been postponed for 2021. Please visit the author’s website for updates. For signed hard or softcover copy of his book, email: alvinandprimahower@gmail.com. No Greater Service is available in e-book and printed versions at Liferichpublishing.com and other online outlets. All profits will be donated to The Hower-Bates Library Network and the Indigenous People Advocacies.

President Duterte's Address at the 75th Session of the United Nations General Assembly Reflects his Administration's Priorities, Concerns and Agenda