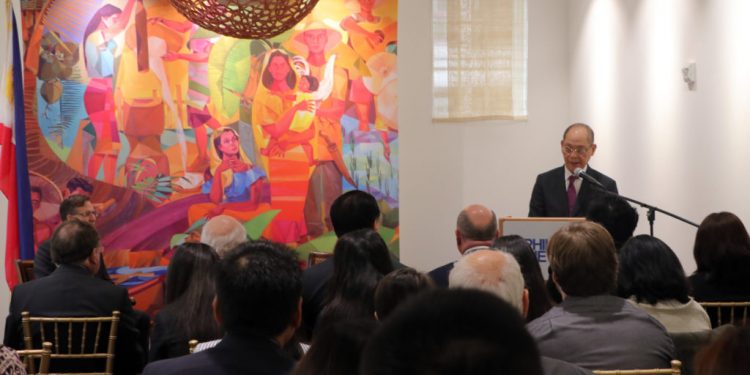 WASHINGTON, D.C.- “The Philippines has come a long way but it is now recognized globally as among the fastest growing and most resilient economies in the world. Its future prospects are bright. However, the transformation was a product of a long list of structural reforms. It did not happen overnight,” declared Bangko Sentral ng Pilipinas (BSP) Governor Benjamin E. Diokno at a forum, co-organized with US-Philippines Society, held at the Philippine Embassy in Washington, D.C. on 16 October 2019.

“The Bangko Sentral has always been the bulwark of continuity and stability. And we are honored to provide a platform in Washington DC for Governor Diokno to talk about the Philippine economy and our reform process. We are confident that with him guiding Philippine monetary policy, there will be continued business and investor confidence in the country,” Philippine Ambassador to the United States Jose Manuel G. Romualdez said in a statement.

In his remarks, Governor Diokno emphasized that Philippine economic performance is exceptional and sustainable, and powered through transformative reforms and political will. All the reforms – those undertaken in the past as well as being pursued today – are expected to support and sustain the currently favorable conditions of the economy that the Governor summarized in four key observations.

“This shows that we have managed to sail through the toughest external challenges from the Asian financial crisis to the global financial crisis,” Governor Diokno pointed out.

Inflation has been reduced and within-target. This is credited to a series of monetary actions by the BSP combined with administrative and legislative measures that addressed bottlenecks to food supply. Inflation fell to 0.9 percent in September 2019, and is expected to settle at 2.5 percent in 2019, and 2.9 percent for both 2020 and 2021.

The country’s external position is also strong and is reflective of an economy driven by solid macroeconomic fundamentals and firm growth prospects. This is on account mainly of the lower deficit in the trade-in-goods account; increased trade-in-services net receipts; and rising investor confidence resulting in higher foreign direct investments.

Finally, Governor Diokno noted that the robust and stable banking system likewise offers a sound basis for optimism. Banks remain sufficiently capitalized, and their past due ratios have consistently declined over the years. Stability is also supported by financial sector reforms; cybersecurity and technology risk management; counter-terrorist financing; and capital market development.

“Our financial system is sound and it continues to effectively intermediate funds to productive sectors, thus promoting economic growth,” he added.

“The US-Philippines Society applauds Governor Diokno’s remarkable record of public service and appreciates his willingness to share his unique perspective on regional and global developments, along with his optimistic outlook on the Philippine economy,” said Ambassador John Maisto, US-Philippines Society President, in a statement after the forum.

“He made a persuasive case for Philippine resilience in the face of global uncertainties, stressed a commitment to sound macro-economic policies and reform measures, and support for a stable banking system, building on more than a quarter century of positive economic growth,” Ambassador Maisto added. 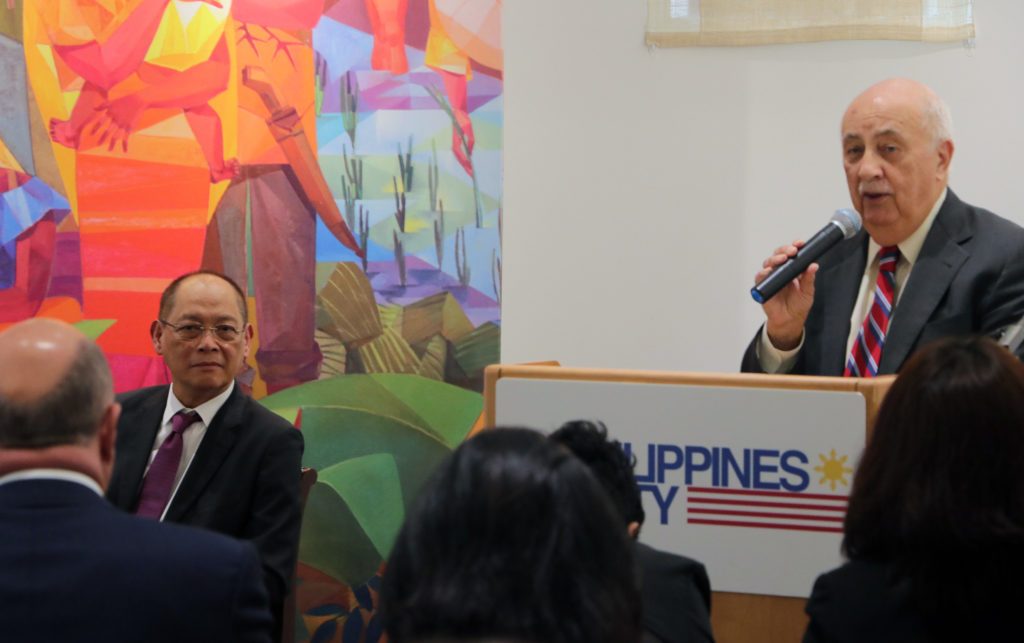 “The Council welcomes Governor Diokno’s message of sustained economic reforms, paving the way for continued and sustained growth in the Philippines. The BSP’s focus on growth of digital payments and transitioning to a cash-light economy, as well as sustainable finance are areas of interest to US business,” stated Alexander Feldman, President and CEO of the US-ASEAN Business Council, who moderated the wide-ranging conversation that followed the governor’s remarks.

Among the guests at the forum were Philippine Monetary Board Member Peter B. Favila, former US Ambassador to the Philippines and US-Philippines Society director Thomas Hubbard, Society director and Honorary Consul Henry B. Howard, BSP Deputy Governor Francis Dakila, other officials of the BSP, US government officials, US corporate executives, Embassy officers & staff, and members of the Filipino-American community.

The Forum was organized and hosted by the Philippine Embassy and the US-Philippines Society with support from the US-ASEAN Business Council. 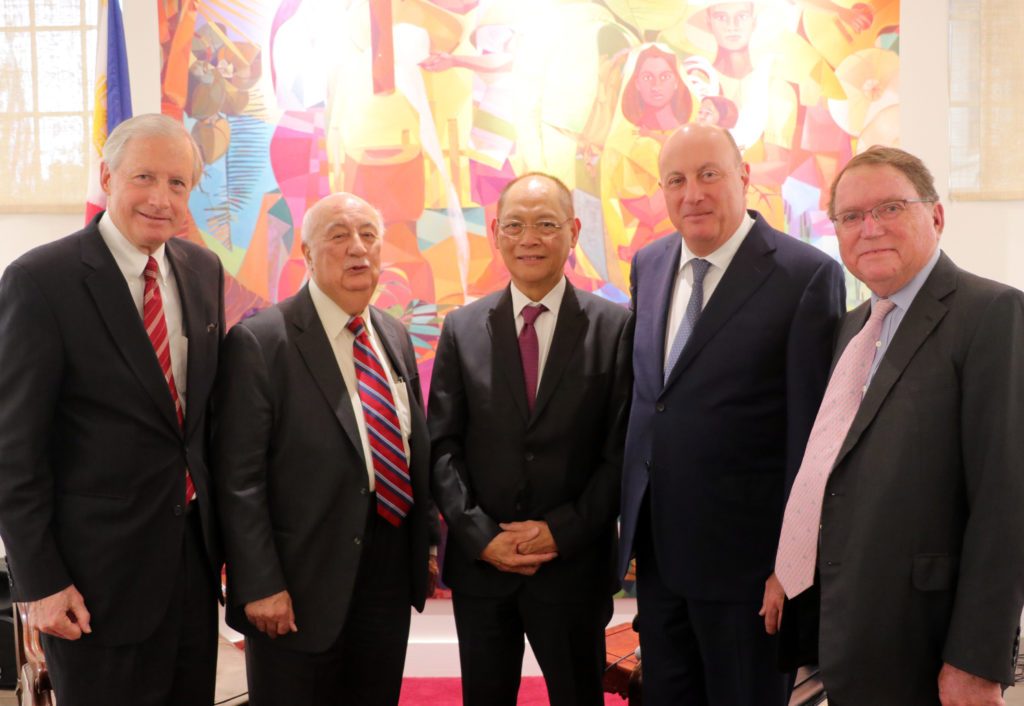 October 23: Book Discussion of "Fragments From a Mobile Life" by Margaret Sullivan