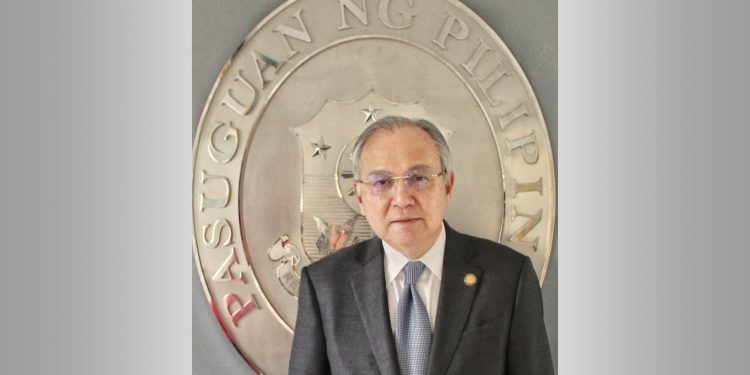 The Embassy of the Republic of the Philippines in Washington, D.C.

and the US-Philippines Society

Year End Briefing on the Philippines

Jose Manuel “Babe” del Gallego Romualdez was appointed Ambassador of the Republic of the Philippines to the United States of America in July 2017 by President Rodrigo Roa Duterte. On 29 November 2017, he presented his credentials to US President Donald J. Trump and formally assumed office as Ambassador Extraordinary and Plenipotentiary. As the head of the Philippine Embassy in Washington, D.C., Ambassador Romualdez is concurrently the Philippines’ emissary to the Commonwealth of Jamaica, Republic of Haiti; Republic of Trinidad and Tobago; Antigua and Barbuda; Bahamas; Barbados; Dominica; Saint Kitts and Nevis; Saint Vincent and the Grenadines; and Saint Lucia.

Prior to his appointment, Ambassador Romualdez was designated as a special envoy of the Philippines to the United States. He also served as a member of several Philippine business delegations visiting the United States, China, Japan and New Zealand from 1989 to 2012.

Ambassador Romualdez has extensive experience as a media practitioner and business executive. He was the Chief Executive Officer of Stargate Media Corporation and Publisher of People Asia Magazine. He was president of the Manila Overseas Press Club and vice-president of Rotary Club of Manila.