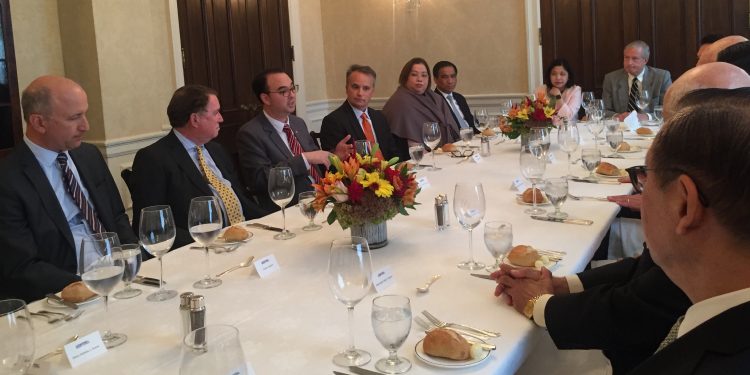 In a wide-ranging discussion of bilateral and regional issues, Secretary Cayetano provided an overview of the Duterte Administration’s foreign policy priorities and invited the Society to work with the Philippine Government in further strengthening Philippines-US ties. The Secretary received assurances the Society will continue its efforts to ensure that the administration’s comprehensive governance, development and economic agenda is more fully recognized among thought leaders in the United States. 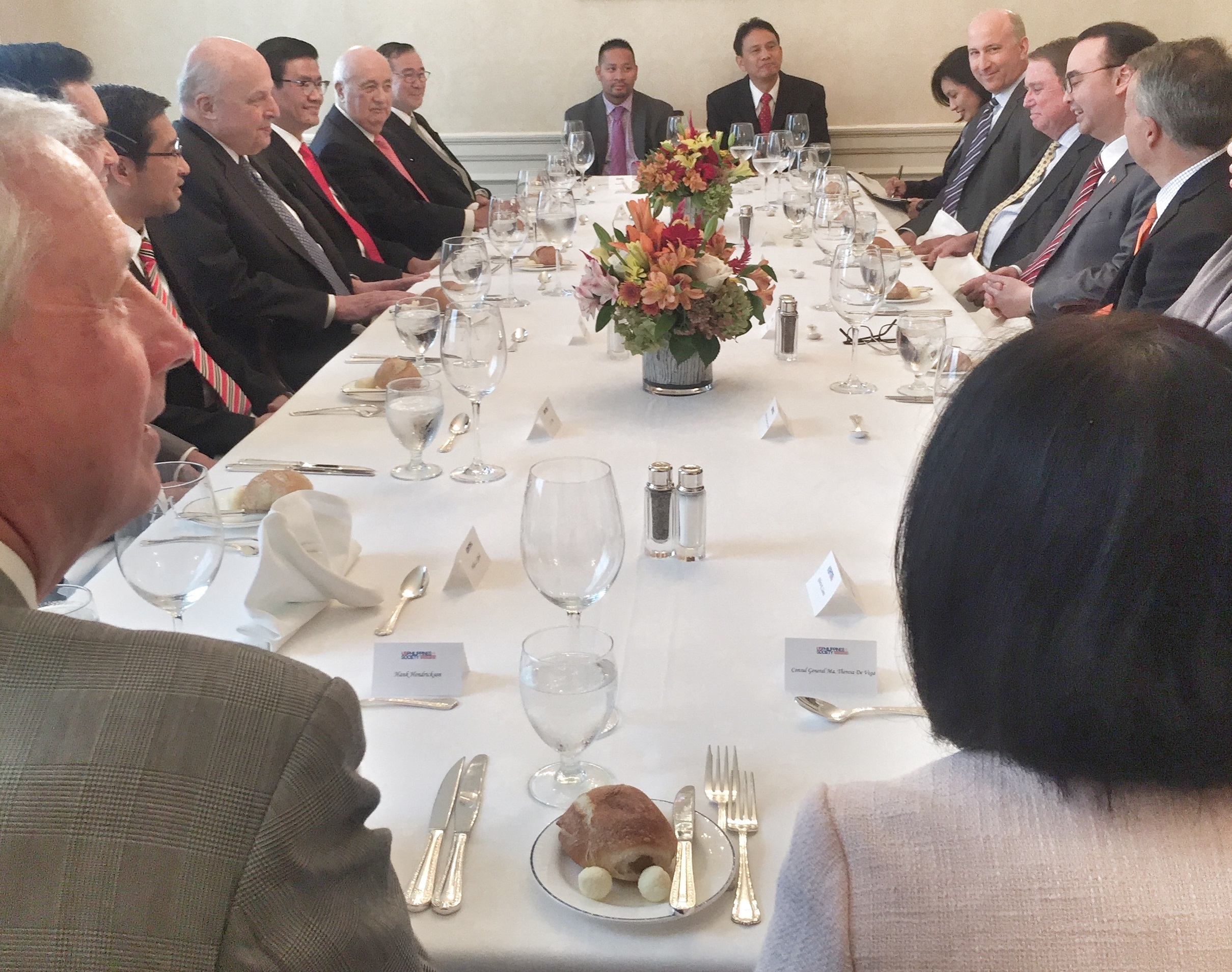 “Through all the shifts of policy and politics over the years, the strong bonds between the peoples of the Philippines and the United States have been a lasting foundation for Philippines-US relations. I am honored and pleased by the lunch hosted by the US-Philippines Society because it is on such occasions that we get to learn about and discuss opportunities where we can work together to enhance our mutual interests, shared values, and common aspirations,” the Secretary said after the meeting.

The Secretary had hosted Society members at his residence in Taguig following their 23 February 2017 joint visit to a drug rehabilitation center at Camp Bagong Diwa during their Annual Board Meeting in the Philippines.

Ambassador Negroponte recalled the Secretary’s interest in supporting public health responses to the drug epidemic, expressed thanks for his role in organizing the Taguig rehab facility visit, and now welcomed the opportunity to host the Secretary in Washington. Following the luncheon meeting, Negroponte said, “Society members were deeply impressed with Secretary Cayetano. Our discussion covered the full range of current issues, emphasizing areas of bilateral cooperation, including enhanced business and investment opportunities.” US-PH Society members engaged the Secretary on issues ranging from support for OFW’s to health and tax reform initiatives.

In a separate event for Secretary Cayetano in New York City, Society Director Ambassador Frank Wisner chaired an October 2 meeting at the Council on Foreign Relations, where the Secretary addressed 60 CFR members. Secretary Cayetano responded to the Council’s interest in the status of bilateral relations, the Philippines’ current economic performance outlook, governance and human rights, conflict in Mindanao, regional tensions, and the Philippines’ role as chair of ASEAN 2017, including a preview of the upcoming summit meetings in Manila.

Headquartered in Washington, D.C., the US-Philippines Society was launched in 2012 with the mission of raising the profile of today’s Philippines through programs on business, governance, culture, shared history, education, strategic issues, and conflict resolution. The bi-national Board of Directors includes 30 private sector and community leaders, and is co-chaired by Manuel V. Pangilinan (PH) and Ambassador Negroponte (US). The honorary chairs are Washington Sycip (PH) and Maurice “Hank” Greenberg (US).