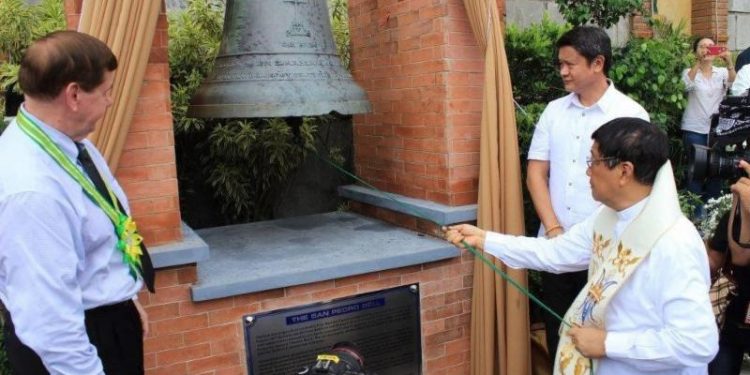 As a sign of goodwill between U.S. and the Philippines, the Catholic Chapel of the U.S. Military Academy in West Point, NY turned over the San Pedro historic bell, on 29 April, to the Saints Peter and Paul Church, Bauang, La Union. The ceremonial unveiling of the bell, 23 May, was led by Bauang Mayor Martin de Guzman and US-PH Society Director and retired U.S. Navy Captain Dennis Wright, and  La Union Bishop Rodolfo Beltran during the ceremonial rites attended by representatives of the US Embassy, US war veterans, West Point Association of the Philippines, local officials and parishioners. Photo credit: Smart Communications Public Affairs

WEST POINT, New York – On 29 April 2016, a ceremonial handover of a church bell from the Catholic Chapel of the U.S. Military Academy drew attention as a sign of goodwill between America and the Philippines. Sonny Busa, a West Point graduate, represented the US-Philippines Society by making remarks on the significance of the occasion and hosting a small reception. 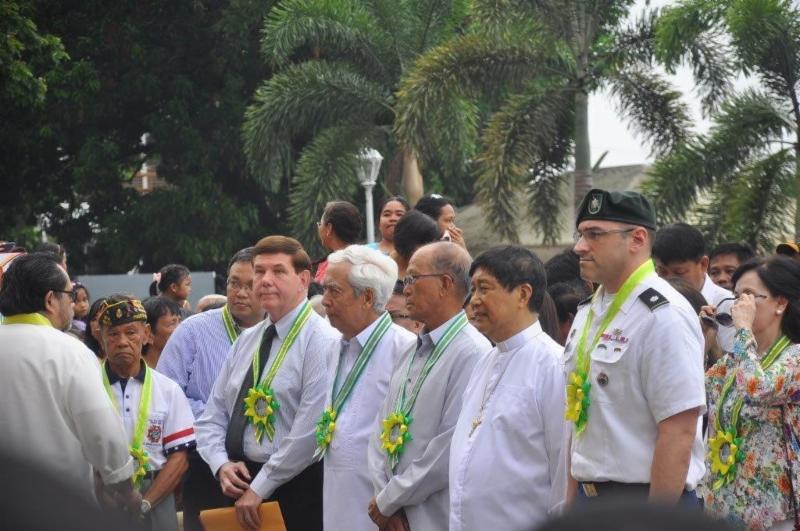 The massive bell was a gift to Father Mariano Garcia, an assistant priest of Bauang, La Union, by the Province Lieutenant-Governor D. Mariano Balancio and Lieutenant Hilario Calica in 1883. It was removed from the Church in 1901 to prevent fighters in the Philippine-American War from melting it to make weapons. The USMA’s 21st Superintendent Thomas H. Barry transferred the bell to West Point in 1915 where it was later displayed with the inscription “Symbol of peace that even the ravages of war could not destroy.”

Historical Bell at the Most Holy Trinity Chapel in West Point