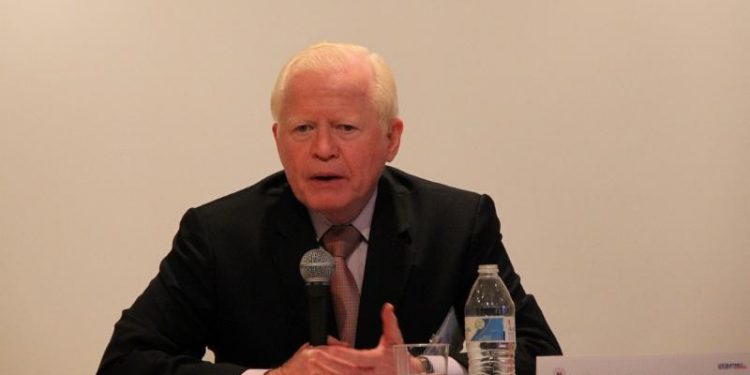 WASHINGTON, D.C.- “Today, we look back on an eventful year and the great strides taken by the Philippines on the firm belief that good governance is good economics. The Philippine economy is in excellent shape, and the future holds much promise,” declared Philippine Ambassador Jose L. Cuisia, Jr. at the Year End Briefing on key developments in the Philippines held at the Philippine Embassy on 10 December 2015, sponsored by the US-Philippines Society.

Ambassador Cuisia described how strong macroeconomic fundamentals, prudent public finance management and good governance allowed the Philippines to maintain the strengths of its business environment and competitiveness in 2015, as well as continued overall investor confidence. He noted the re-emergence of the industry sector as a strong driver of economic growth. The Ambassador also reassured US corporate executives that the mild downturns in GDP growth and the stock market were reactions to external conditions rather than problems within the Philippine economy.

The Ambassador also reported developments in infrastructure, the unique demographics of the Philippines and the strength of the IT/BPM sector, which all continue to be the main drivers of economic growth and development. 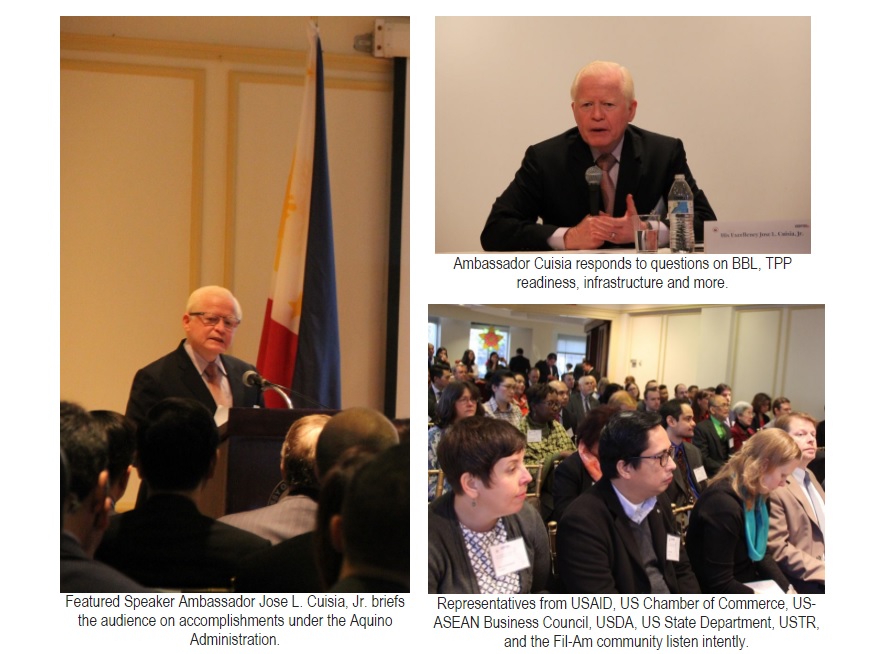 He described the laws passed under the reform agenda that increase the Philippines attractiveness for investment while institutionalizing the foundations of good governance, fair competition and business transparency. “Together with the vigilance of the Filipino people, these laws ensure that the substance and pace of reforms will be sustainable,” the Ambassador noted.

“Our strategic gains in competitiveness and transparency have been validated by independent institutions,” Ambassador Cuisia told the audience, citing the Index of Economic Freedom of the Heritage Foundation, World Economic Forum (WEF) Global Competitiveness Report, and the Millennium Challenge Corporation (MCC) Scorecard.

As host of this year’s APEC Summit, the world witnessed the country’s bright future and heard firsthand from its leading investors. Reactions to the Economic portion of the briefing were positive and optimistic. “Ambassador Cuisia crafted a comprehensive presentation that expertly capped a truly eventful year for the Philippines and the US-Philippines Society,” said USPHS President Ambassador John F. Maisto, who delivered welcome remarks.

“We have seen a steady increase in US business confidence in the Philippines over the past several years,” said John Goyer, Senior Director, Southeast Asia, at the US Chamber of Commerce. He added, “President Aquino’s reform efforts have been vigorous and robust, and the business community has taken notice. The Philippines interest in joining the TPP down the road is indicative of its commitment to ongoing trade and investment reform and liberalization.”

“We look forward to working with the Government of the Philippines to ensure that American business is aware of and takes advantage of the opportunities in the Philippines as the country moves toward eventual accession to TPP,” said Alexander Feldman, President and CEO of the US-ASEAN Business Council. 2015 built on a record of accomplishment and helped to create a welcoming environment to foreign investors.”

The Ambassador reiterated Philippine interest in TPP accession. He likewise addressed the establishment of the ASEAN Economic Community and summarized the key outcomes from the APEC Summit. Ambassador Cuisia also discussed the High level Bilateral Meetings with President Obama and other US officials, the South China Sea arbitration case, and Philippines-US Defense cooperation, as well as the Presidents’ participation in the climate change conference in Paris.

Ambassador Cuisia also briefed on tourism in the Philippines. He described the government’s strategy of creating a more dynamic tourism message. This year, the Philippines ranks 7th in the WEF Travel and Tourism Competitiveness Index, jumping twenty places up from 2011.

The Philippines top envoy to the US ended the briefing by informing the audience that the Philippines and the United States will celebrate the 70th anniversary of bilateral relations in 2016. “We are committed to enhancing our political and security relations, making our economic ties more robust, and strengthening the people-to-people ties that bind our two nations together,” the Ambassador emphasized.

FACT SHEET: A Growth that is Inclusive 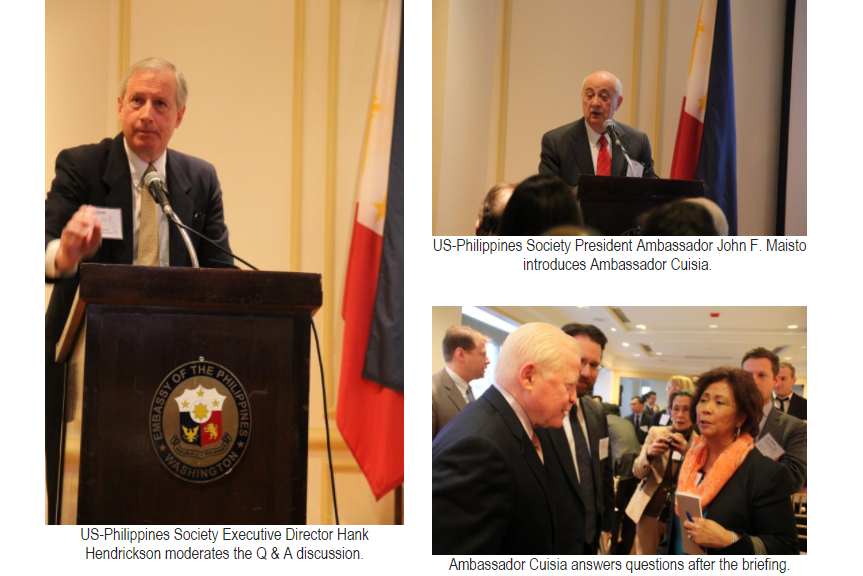 Source: Ambassador Cuisia Reports on an Eventful Year for the Philippines

Ambassador Cuisia Reports on an Eventful Year for the Philippines